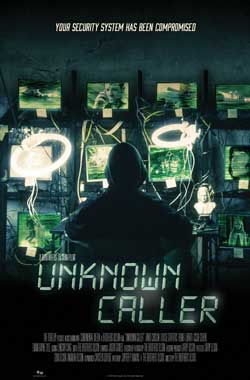 Colin Miller, a wealthy, not-so-nice lobbyist is trapped in his own house when his new security system is turned against him. No one can leave the house or make outbound calls, or a bomb will be detonated, destroying the house and everyone inside. Colin’s only hope is to discover his nemesis’ identity through a series of clues he’s been given by the Caller … and the clock is ticking.

Colin Miller is a successful lobbyist whose latest win is getting legislation passed that allows “fracking” in Corvallis, Oregon. As he drives his Ferrari up to his mansion, the installation of his new state-of-the-art security system has just been completed. He immediately begins to play with the new system, but it locks up when he tries to disarm it. Colin’s ex-wife, Jill, then drops off their daughter, Samantha, for the night, and rides off with her boyfriend, Aasim (Assaf Cohen). 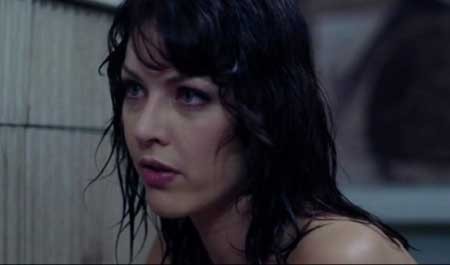 Soon, Colin receives a call from someone his cell phone identifies only as “Unknown Caller.” The Caller informs Colin that he has planted a bomb in the basement of the house. Furthermore, he has taken over Colin’s new security system and programmed it so that sensors will trigger the detonation of the bomb if anyone tries to leave the house or make any type of outbound call. And isn’t it just too bad that Samantha is now in the house and is included in the lockdown. The Caller informs Colin that the only way he can save their lives is to discover the Caller’s identity, what he wants, and why. Over the next day, the Caller gives Colin four clues that will aid him in solving the “who-what-why” riddle the Caller has given him.

So it’s just Colin and Samantha at risk, right? Not for long. The next morning, Jill comes to pick up Samantha and, refusing to listen to Colin’s warnings, barges into the house and becomes another attendee at the merry party. But three is never enough either. Later that day, Aasim shows up looking for Jill because she didn’t show for their lunch date. Before Aasim has a chance to barge in – and trust me, he would’ve – the Caller, who also has the house under close, physical surveillance, shoots him, not once, but twice, before Jill and Colin can drag him into the house. So now we have a party of four.

The story has been only slightly annoying to this point, but now the annoyance factor goes off the chart. I’m fairly forgiving of characters’ motivations, but when I catch myself yelling at the characters for saying dumb things and taking even dumber actions, I know there are major problems in the script. Don’t get me wrong. I like the general premise of Unknown Caller. But the devil is in the details … or maybe in this case, the stupidity is in the details would be more accurate.

I’ll give you a few examples. Samantha pretty much disappears from the movie for 30 minutes, during which time, 1) Aasim arrives and is shot twice, and 2) the house is riddled with machine gun fire when the Caller tries to kill Jill. (Never mind that Jill blithely, or should I say stupidly, stands silhouetted in a window while getting ready for and taking a shower.) None of this action is enough to rouse Samantha. Not until Colin loses his cool and stomps his smartphone to pieces does Samantha take notice and come into the room to ask why Daddy is so upset. For that matter, why doesn’t Aasim limp up to see what the ruckus is? Maybe because he is still so ashamed, even after apologizing to Colin right after he is shot twice, for sleeping with Jill.

Aasim, an electrical engineer and MIT graduate, is tasked with disarming the bomb … but not before he manages to whine and whimper over the possibility of making a mistake. He continues his sniveling until the timer ticks down to … the … very … last … second before he cuts the right wire. Seriously!

And what about Colin’s and Jill’s relationship? How would two people who have been apart for a year, react to being trapped in the same space in a crisis situation with their daughter’s life at stake? Do they put their differences aside and work together to try to save their daughter’s life, like responsible adults? Not on your life … or Samantha’s life. Jill takes the opportunity to beg Colin to tell her who the three women were he had affairs with so that she can at least die with the comfort of knowing who they were. Really?! At one point, the two lovebirds go into the attic to search through Colin’s past for clues to solving the Caller’s riddle. But instead, they reminisce and analyze where their relationship went bad. Come on people! The clock is ticking! To top it off, while they are upstairs acting stupid and Aasim is in the basement staring at the bomb, the Caller disables the alarm system, sneaks into the house, and kidnaps Samantha. At this point, my voice is getting hoarse from yelling at the screen!

And it just keeps getting stupider! The Caller decides to allow one person to leave the house without penalty. There is no good justification for this but that’s what he does. Colin, still on a timer mind you, wastes time arguing and insisting he’s not leaving Jill alone again, instead of instantly rushing to rescue Samantha. Well not to worry. Everything turns out peachy keen in the end. Grrrr!

According to the credits on the film itself, Unknown Caller is produced, directed and written by the Brothers Olson (Amariah and Obin) and co-written by Jupiter P. Makins. However, IMDb identifies the co-writer as Jupiter J. Makins and credits her with the story, but not the screenplay. I suspect that Jupiter Jennifer Makins (aka J. J. Makins) would appreciate both the correct middle initial and not being credited with the screenplay.

Colin is portrayed by David Chisum, who you may recognize. He’s guested on dozens of television shows and starred in the one season of ABC’s Black Box (2014). Henri Lubatti played the Caller and has also appeared in the television series Zoo (2015) and True Blood (2012). Jill was played by Louise Griffiths, who starred in Chastity Bites (2013) and Revenant (2009). The actors all did convincing jobs despite the script. The role of Jill was particularly badly written with several female stereotypes rolled into one. She was in turn emotional, irrational, self-centered, self-destructive, helpless, unthinking, and finally pluckily defiant.

You’ve probably figured out that I’m not going to recommend Unknown Caller. It’s a shame because the story premise had a lot of promise, just no fulfillment. I’m rating it 1.5 dumbphones out of 5.