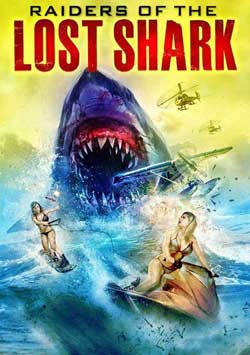 A mad scientist has developed the next evolution of the shark from a lab on an island in a lake in Ontario. College students, local police, and a professor do battle with the mad scientist and his shark, which, by the way, can fly.

Before I get into Raiders of the Lost Shark, I need to make a revelation I had while watching this movie. Surprise, surprise! I don’t think I’m the intended audience. So I’ll try to give an accurate description and let you decide.

My first hint was when the movie begins with a screen scroll that reads, “The following is a true story. The names and identities of the characters have been changed…” and so on. The final line that scrolls by is, “Just messing with you.” Ok. So the filmmakers definitely have their tongues in their cheeks. At this point, I was cautiously optimistic. 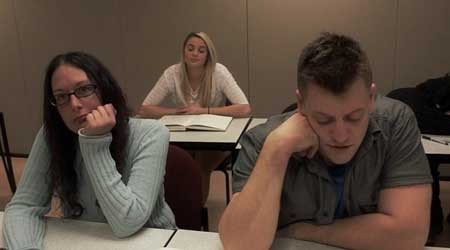 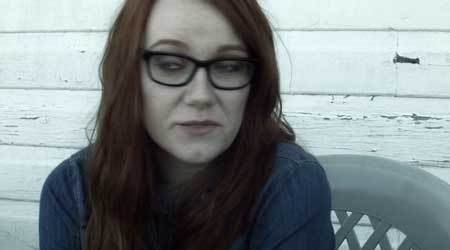 The pre-title sequence is set at a freshwater lake where two local law enforcement officers are playing hooky with two young women. One of the couples head down to the lakeshore, strip down to their swimsuit and boxers, and go swimming. Less than eight minutes into the movie, they’ve both been pulled under by a toothy underwater creature. All we can see are a few teeth and a small part of its jaws, but from the title of the movie and the look, it’s a shark. I’ve swum in lakes like this and the lake itself and the underwater shots look realistic. So far, so good. But then it runs off the rails … or maybe there weren’t any rails to begin with, which is probably closer to the truth. 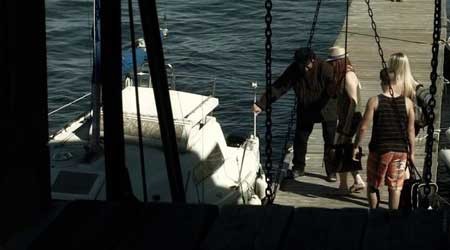 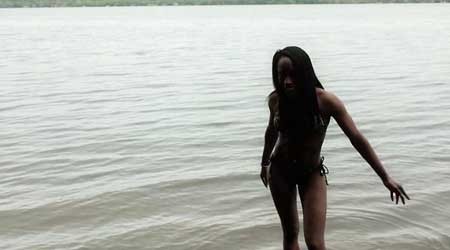 Once the title sequence is complete, the other couple playing hooky are done in by the shark. They’re followed in short order by two tourist couples. That’s also when we discover that the shark can fly. Enter three college students who hear a story about experiments and deaths on the island years ago. They decide to go out to the island as a lark, so they charter a boat. 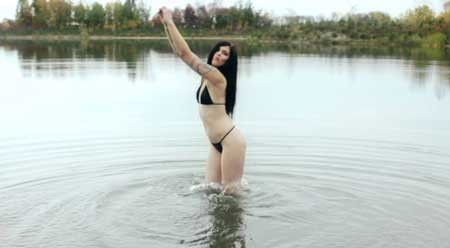 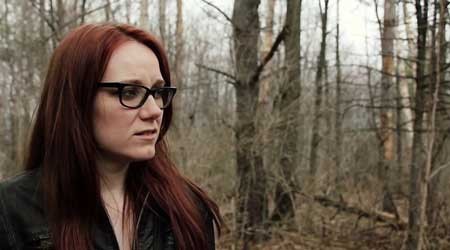 I thought Raiders of the Lost Shark might be a parody of Raiders of the Lost Ark and Jaws, but if it is, I’m missing the connections. In the only scene even vaguely reminiscent of Jaws, there is a grizzled charter boat captain named Captain Stuben and his boat might be considered a caricature of the Orca. The shark starts ramming the boat underwater. Captain Stuben bends over the starboard rail to take a look and stands back up without a head. So that was kind of cool. And to be honest, there was a grizzled captain, a boat, and a shark and the shark was bumping the boat. But that’s about it as far as the comparison goes, and that’s stretching it.

The special effects are cartoonish and most of the time look like someone moving a paper, cut-out doll of a shark across the screen. The acting and dialogue are a perfect match for the quality of the effects – cartoonish and corny. And did I mention that the shark could fly? Without wings? In fact, it easily picks off people on shore and in one scene, downs an airplane. And did you know that sharks roar? Well, maybe not, but this one did. 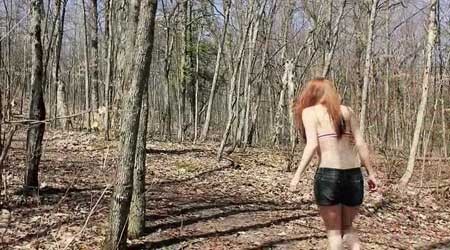 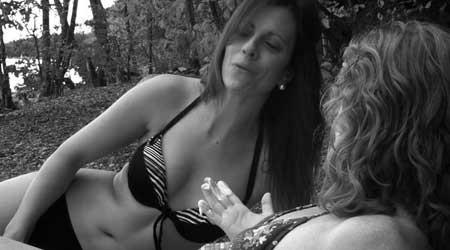 The movie is produced by Brett Kelly and directed by Scott Patrick. I can only assume that they set out to make a movie that fit the so-intentionally-bad-it’s-good genre, but for me, they forgot the “good” side of the equation. If they were shooting for comedy, they missed my funny bone. IMDb lists the estimated budget at $350,000. If that amount is accurate, it’s hard to see how it was spent. I’ve seen much better movies made for much, much less money.

To be fair, there are two things that I liked about this film. The first one is that Raiders of the Lost Shark was only 71 minutes long. The second thing was a news reporter named Bolt Upprite. I laughed at that. That’s about as funny as it got.

If anything in this review peaks your interest or trips your trigger, by all means, see this movie. But for my tastes, if you had the opportunity to watch this movie, I would tell you not to waste your time.