Actor Robert LaSardo has starred in and guest-starred in films and television show as “Leon: The Professional,” “Death Race,” “Out for Justice,” “Junkie,” “CSI: Miami,” “Ghost Whisperer” and more. Each character he portrays he has made his own. His career has spanned many years and his longevity in the world of people who may have their fifteen minutes, LaSardo has maintained a career. LaSardo has a calm, collective demeanor about him. He took some time to speak with me for a HorrorNews.net exclusive and he may portray villains or bad guys but his calmness is noticed even on screen. In the new film “Anarchy Parlor,” LaSardo portrays a dark, methodical, philosopher tattoo artist known simply as the Artist.

How did you prepare to play the Artist and were you able to tattoo anyone?

Mr. Robert LaSardo- Yes, I did prepare. There were several tattoo artist, local tattoo artist that I became friendly with. One was a situation set up for me by the producers to go through the mechanical process a bit. The good news for me was when I was in the military in the 1980’s I was an apprentice for a tattoo artist, so I was familiar with the mechanism of tattooing long before I even stepped into the realm of show business so to speak. It was familiar, a refresher course revisiting something that I had been involved in for about a year. I worked with a tattoo artist in the city of Gilmore who broke down the machines. I looked at things that I remembered clearly. There are different type of tattoo machines now but luckily for me the artist I was working with in Gilmore was kind of old school and he had a lot of machines I was familiar with. 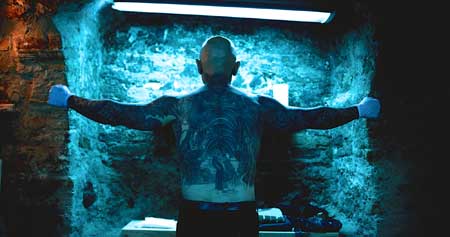 Did you have to go to a dark place to portray the Artist and how did you prepare?

Mr. LaSardo – Well, you know have you ever read a book and the more you read it over and over again? (Me: Yes) If it is written well and proactive you are kind of in a trance by the writing. It was the same with the script. I read the script over and over again and I feel very strong about Kenny and Devon’s writing style and the way they put pen to paper. I kind of summoned the spirit of the Artist and the location. I just read it over and over again. I started to visualize things and I could feel things. The more I read it, the more it affected me. The landscape of Northern Europe in some of these old buildings, churches and structures, an assortment of background that is so filled with character and history. Some of the history was dark. I guess through reading the work, visualizing, embracing the spirit of the piece and walking around the area, visiting the churches, sightseeing. All of these variables helped to make manifest what was necessary to become part of this experience. 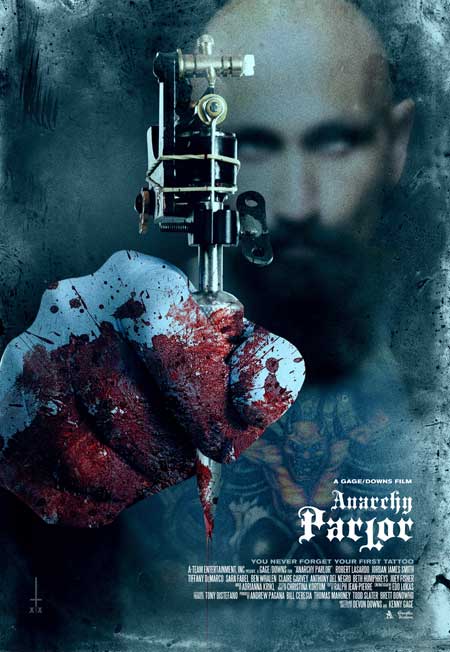 What was it like working with Devon and Kenny?

Mr. LaSardo- Kevin and Devon are very serious. I think being around them is infectious. They are nice men but when they go to work, they are very disciplined, focused, their intense. People get nervous when you manifest an intense disposition and oh you are quiet. The Artist is very skilled, calm and focused and sometimes if people don’t understand what that is and they don’t quite get that but that was the atmosphere that they wanted to create around me and within in me. I was allowed to be as introspective and involved with whatever I was thinking to bring to life what was necessary to be effective. When people look at it they can project anything on to this character. They can see him as a villain, a philosopher, an existentialist.

Mr. LaSardo- I felt very comfortable with Kenny and Devon directing me. I had complete faith in them. A couple of times they said “Robert, just please trust us and allow us to direct you and guide you.” I had complete trust in them. I listened and I responded. At times the eye of Robert just disappears this channel experience occurs when the character is manifesting. 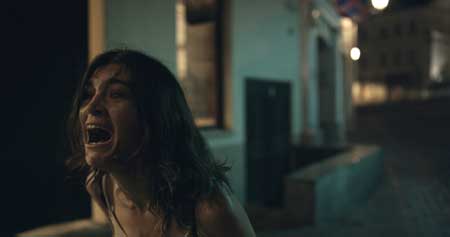 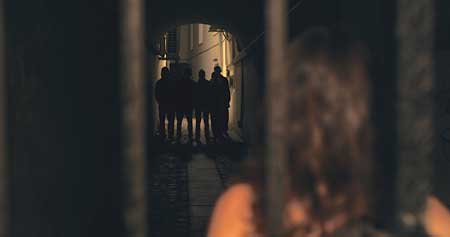 How did you feel watching yourself as the Artist?

Mr. LaSardo – When I look at the film now and watching it on the screen now that so much time has passed. It’s interesting. I feel like I am watching someone else. I can actually the possession taking place. I’m reminded of the process and I see the result of that process as Robert. I don’t feel like I know who I’m watching. It is bizarre.

How did you feel working with the cast including Sara Fabel, Tiffany DeMarco, Claire Garvey?

Mr. LaSardo – I’m grateful that they were so willing to collaborate and open. I never go into any of this with any judgement. It was a collaborative effort. I have a lot of scenes with Tiffany DeMarco who plays Amy, she is so wonderful to work with and she is available in terms of her creative sensibility. I found that they respected my method.

Could you talk about your next project?

Mr. LaSardo – I have several projects, I just finished a movie called “Calico Skies” with Tom Sizemore and there is another film I am working on called “The Pizza Joint.”

Will there be a sequel to ANARCHY PARLOR?

Mr. LaSardo – They are moving in the direction to create a sequel. 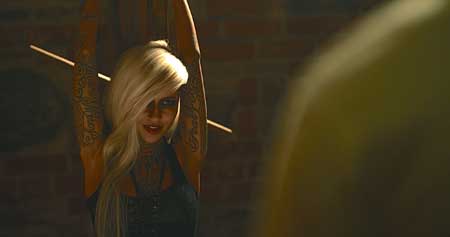 You have had a long career and maintain longevity in a business where people come and go? What advice would you give to Artist who want to have a long-term career?

Mr. LaSardo- There is a certain amount of endurance that is necessary. At least from my experience over the course of at least thirty years there is nothing but sacrifice and this relentless pursuit no matter what anybody tells you. If you are passionate enough about that dream, the driving force of that passion will carry over. Be courageous enough to go into situations that are a bit scary and uncomfortable. That is okay to be afraid, to doubt, to feel insecure but no matter what you feel you have to press forward. Be relentless no matter what you feel.