Hello & a grisly, gloomy day to all of you! The Black Saint is back to serve up some tidbits of terror to all of my growing number of acolytes. I hope you are all as miserable as can be as you read on because when you stop & think about it..I mean REALLY think about it, what the f*ck do we have to be happy about anyway?

“I Spit On Your Grave”

Anchor Bay’s redux of Meir Zarchi’s 70’s exploitation classic is going to get an UNRATED theatrical release on Oct. 8th. The Saint remembers sitting in the theatre watching the original & being titillated & horrified at the same time (The bathtub scene still stings me to this day). Directed by Steven R. Monroe & starring Sarah Butler in the role Camille Keaton (Buster’s Grand Daughter)! originally played, the film is the story of a writer who rents a nice little cabin in the country to work on her latest piece when she is brutalized by a group of mooks who rape & humiliate her repeatedly..eventually leaving her for dead, which she isn’t. Her revenge on the scumbags in the original is legendary among 70’s exploitation films & I really can’t see them topping it. But it is going out unrated so something has gotta be really dark in this one people. I must admit though that when I first heard that it was getting remade I pulled out my old vhs copy & watched it again. And much to my chagrin The Saint felt Dirty afterwards. It felt as if I was particpating in the carnage dealt to the poor woman, not just watching it on a screen. I doubt that the remake is going to have the same effect on me now (I’m old & a bit jaded) but if it has even 1/4 of the scuzziness of the original then I’d readily say that it will be a success…We’ll see in October.

“Don’t Be Afraid Of The Dark”

Even though certified genius Guillermo DelToro’s name is attache to this remake of the tv movie from the 70’s I still have doubts about what to expect. The original starring Kim Darby as the beseiged housewife living in a house full of nasty little creatures with the twist ending still gives the saint the chills just thinking about it. It was a potent mix of eerieness 7 sheer horror at the sight of the little beasties. They got a hell of a trailer though…check it out here:

There was a nine minute scene of this one floating around the web for a hot minute & it was absolutely splatterific!! I was amazed at the blood flying to & fro. And in beautiful 3D as well! But I can’t seem to find it anymore. Apparently someome was being very bad when they released it & it got pulled off the web. But here is the theatrical trailer for what is sure to be bloody good fun: 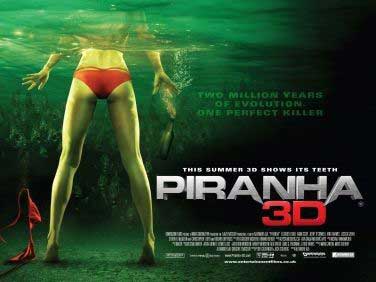 Your unholy Saint cried “Blasphemy” at the thought of an american remake of “Let The Right One In” the Swedish vampire surprise that caught all horror movie lovers unaware of it’s power & beauty. It is, in my not so humble opinion the greatest vampire film ever made. But after seeing the trailer & seeing Chloe Moretz in the role of the little vampire babe, I have some hope. She was the best thing by far in “Kick-Ass” & she has the right look for the role I think. Although I was not crazy about “Cloverfield” initially it grew on me so director Matt Reeves directing this one might not be as bad as I initially thought. Here’s a look at the trailer:

It still doesn’t excite me too much but I will admit the little teaser for this forthcoming Nic Cage starrer is intriguing & the word is that the movie is truly amazing to look at. Judge for yourselves here: movies.yahoo.com/movie/1810152301/video/21082723 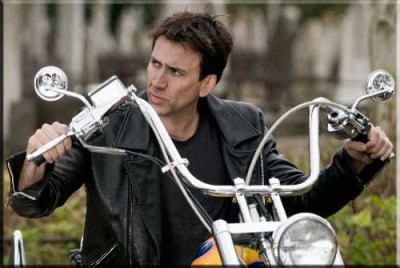 Robert Rodriguez is in active negotiations to direct this latest marvel superhero opus featuring the masked assassin who has more wisecracks coming out from under his mask than 5 spider men do. Ryan Reynolds will be reprising his role from the “Wolverine” film although I don’t know exactly how they’re going to explain the fact that his mouth is sealed shut at the end of that movie. Ryan is also portraying the “Green Lantern” & played one of the “Nightstalkers” in “Blade 3”. Seems to me he’s Hollywood’s idea of what a superhero should look like. More power to him. More money too….. 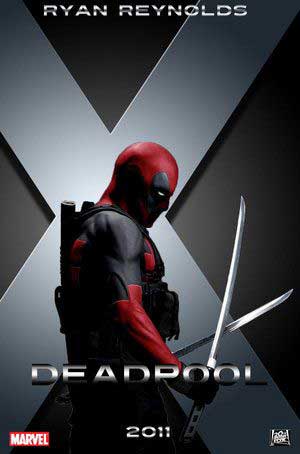 The reception over “Inception”

As you may or may not know I claimed that “Inception” was the worst movie I’ve seen this year by far but also the most pretentious one I’ve seen in decades. This of course has resulted in a bit of a backlash against me…The Black Saint! You silly little fools are being so “Wanna be” by saying you understood this movie when you know you didn’t. You’re all just afraid of admitting the truth. The movie stinks. And to prove my point everyone that i have sliced to ribbons in debates over this travesty fall upon the same lame excuse: “You have to see it more than once to get it”. That is idiocy. To see a film to “Get it” more than once means that you didn’t know what you were watching the first time & you’re gonna be stupid enough to spend another $12 dollars to watch it again to come to the same f*cking boneheaded conclusions that you did before & you’ll do again if you see it a 3rd or 4th time. To see a movie that many times is not for enjoyment. At that point it becomes homework…a job, not entertainment. Let me say this again: “Inception” is not entertaining unless you enjoy watching a movie & actually feeling dizzy as it’s unspooling onto the big screen. If you read my review I mentioned hoew I saw “2001” when I was about 7 yrs.old & didn’t understand it then & still don’t really understand it now. I’ve watched it at least 30 times in the last 10 years 7 still don’t really get it. But it still amazes me with the sense of wonder it inspired in me & millions of others over the years. To watch it at home on a 50 inch screen in BluRay is a life changing experience. “Inception” will never equal the sheer joy of watching something you’ve never seen before like the first time you watched “2001”. That is my gripe. There is no sense of wonder, no sense of amazement, no logic in “Inception” & although I might give you a point in the logic category for “2001”, at least there is some logic to it. The question is where does the logic lead us to? “Inception” ends with a f*cking spinning top on a table that is the cheapest sort of copout that a movie can offer. Fuck all of you who think differently (this includes members of my family as well), “Inception” is the cinematic equvalent of a really bad case of Diarrhea. The kind of movie that makes you want to sh*t out out all memory of it as soon as it is over. You disagree? Then explain it…logically. I’ll listen. And then I’ll club you over the head like you’re a baby seal you f*cking morons.

Movie to watch this week

Did you guys do your homework & watch “Grizzly” like I demanded you do over the last two weeks? I hope you did. Please let me know your thoughts on it. I’d love to hear your comments on it. Your movie to peruse this time is called “The Sentinel”. A great chiller starring Christina Raines, Chris Sarandon & Burgess Meredith (He was in everything in the 70’s)! There was a mild controversy when this film was released & I’ll tell you why next time around. But until then…seek this film out & tell me what you think of it. It’s one of my favorites & I know you’ll like it too…you better. 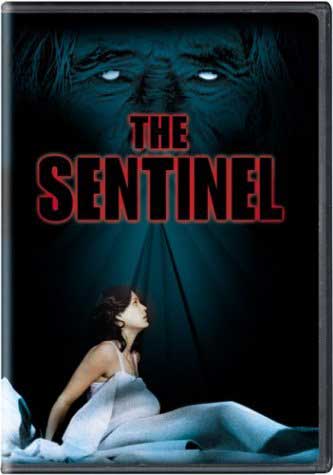 Until then my acolytes, I have to depart & get some personal business taken care of. The Saint has a life as well…or rather I had one. I am a Saint, even if I’m a Black one. A saint I be. So until next time children…sweep up under your beds, wash your friggin’ underwear you filthy animals, look out for bedbugs (if you’re in NY) & most of all before you go to sleep say your prayers….TO ME!!