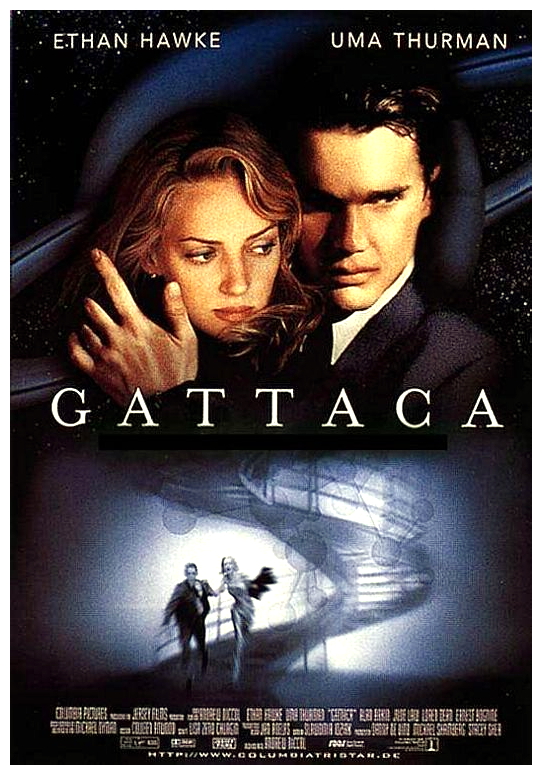 SYNOPSIS:
“Vincent is one of the last ‘natural’ babies born into a sterile, genetically-enhanced world, where life expectancy and disease likelihood are ascertained at birth. Myopic and due to die at thirty, he has no chance of a career in a society that now discriminates against your genes, instead of your gender, race or religion. Going underground, he assumes the identity of Jerome, crippled in an accident, and achieves prominence in the Gattaca Corporation, where he is selected for his lifelong desire: a manned mission to Saturn’s 14th moon Titan. Constantly passing gene tests by diligently using samples of Jerome’s hair, skin, blood and urine, his now-perfect world is thrown into increasing desperation, his dream within reach, when the mission director is killed – and he carelessly loses an eyelash at the scene! Certain that they know the murderer’s ID, but unable to track down the former Vincent, the police start to close in, with extra searches, and new gene tests. With the once-in-a-lifetime launch only days away, Vincent must avoid arousing suspicion, while passing the tests, evading the police and not knowing whom he can trust.” (courtesy IMDB)

REVIEW:
Like Alphaville (1965), Blade Runner (1982) and Trouble In Mind (1985), Andrew Niccol‘s Gattaca (1997) successfully blends traditional science fiction themes with the visual feel of Film Noir. Its relation to previous science fiction films is established immediately by the use of well-known Los Angeles locations seen in previous science fiction films, and the plot will be instantly familiar to any science fiction fan, set in a totalitarian society of the future run by computers in which bland human technocrats act as both supervisors of the machinery and supervisors of each other. Any sign of individuality is frowned upon and almost everyone we meet wears business suits. This uniformity also helps blur the differences between the sexes – good thing too, as sexual intercourse is also frowned upon, with most breeding done through cloning and artificial insemination.

In this dystopian future where most humans are genetically engineered in vitro, the preference for creating children using eugenics has produced a caste system where favour and success are bestowed on those with whom the local geneticist has been most successful. Those born without the benefit of scientific intervention are immediately regulated to the society’s bottom strata. Gattaca‘s main character Vincent Freeman (Ethan Hawke) is one such individual. Naturally born, Vincent is assessed at birth as having a short life expectancy because of his potential of developing a heart condition. Vincent spends his early life watching his genetically engineered brother receive the academic accolades, physical achievements and paternal love withheld from him because of societal and biological prejudice. 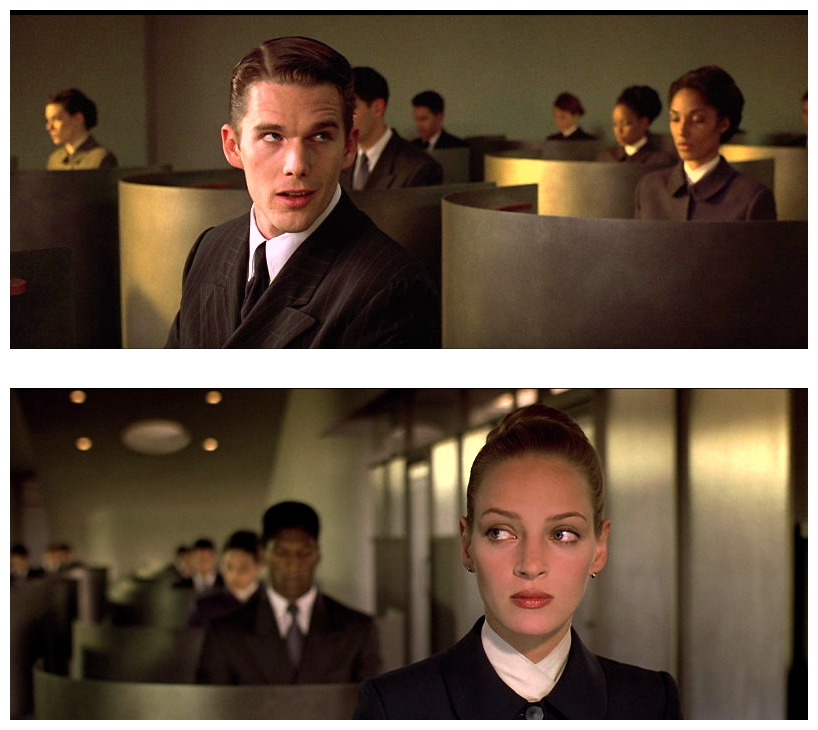 Vincent finds himself barred from school because of administrators’ anxieties regarding his potential health issues and, as an adult, although self-taught and highly intelligent, Vincent can find only the most basic jobs, like cleaning the toilets at the Gattaca institute. Alienated by his family and oppressed by social barriers, Vincent becomes restless. His continued dreams of space travel lead him to embrace an illegal option, becoming a ‘borrowed ladder’, a person who assumes the identity of a genetically superior individual who is somehow unable to perform as expected. Vincent is then introduced to Jerome (Jude Law), a genetic giant and former Olympic medalist whose glory is cut short when an accident abroad results in the loss of use of his legs. Now in a wheelchair, Jerome agrees to let Vincent take over his identity in exchange for financial compensation and, eventually, being able to live vicariously through Vincent’s achievements: “I got the better end of the deal. I only lent you my body. You lent me your dream.” 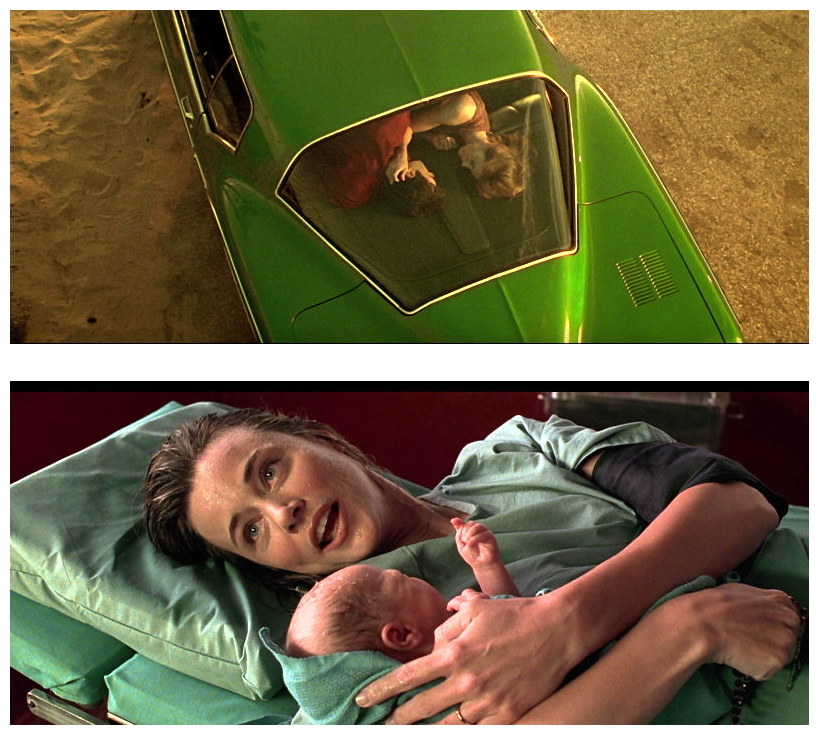 Posing as Jerome, Vincent’s rise at Gattaca, the organisation responsible for numerous space exploration missions, is indeed meteoric. All is set for Vincent’s year-long expedition to Saturn’s moon Titan, until a murder at Gattaca renders all of its employees suspect and threatens to expose Vincent as an impostor. The original script was entitled The Eighth Day, a Biblical reference to mankind’s tampering with God’s work after the seven days of creation. It also happens to be the name of a medical centre seen in the film where children are engineered. Unfortunately, while Niccol’s film was in post-production, a Belgian film entitled The Eighth Day (1996) was released, forcing Niccol to choose a new title for his film. 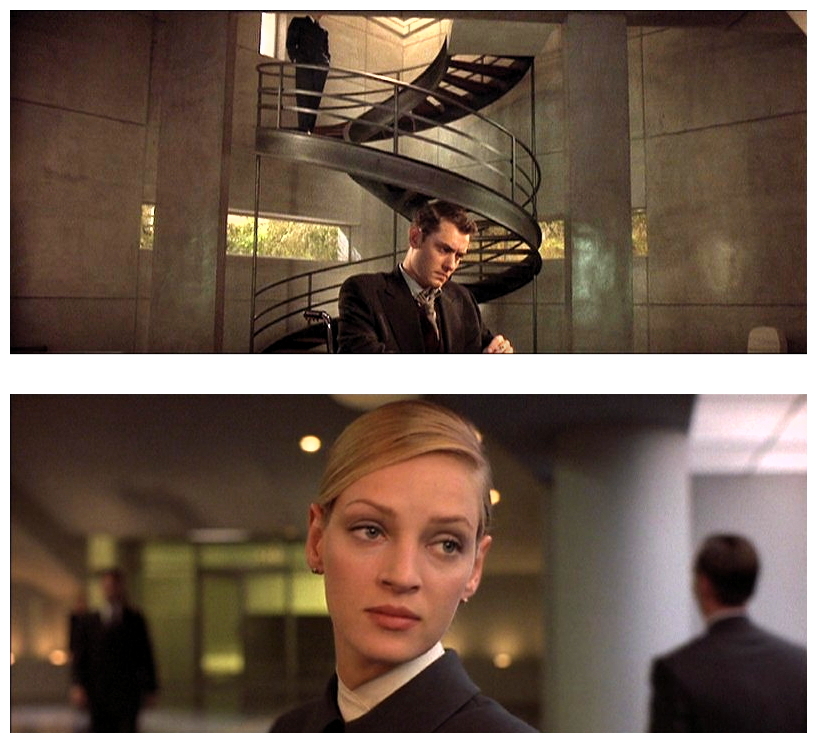 The title Gattaca is composed entirely of the letters used to label the nucleotide bases of DNA. The four nitrogen bases of DNA (deoxyribonucleic acid) are adenine, thymine, cytosine, and guanine. The four DNA nucleotide abbreviations of G, A, T and C are used when identifying genetic markers. The tests measure short tandem repeats at specific DNA marker locations known as ‘GATA’ or ‘CA’ repeats. This DNA-style motif runs throughout the film (the spiral staircase in Jerome’s apartment has a helical structure) and many of the character names are symbolic: Vincent (‘He Shall Conquer’); Coldspring (the Human Genome project is located at Cold Spring Harbour); Caesar (Julius Caesar suffered epilepsy); Cassini (the division in the rings of Saturn, Vincent’s destination); Eugene (Eugenics involves selective breeding); Josef (perhaps a reference to Josef Mengele) and others. 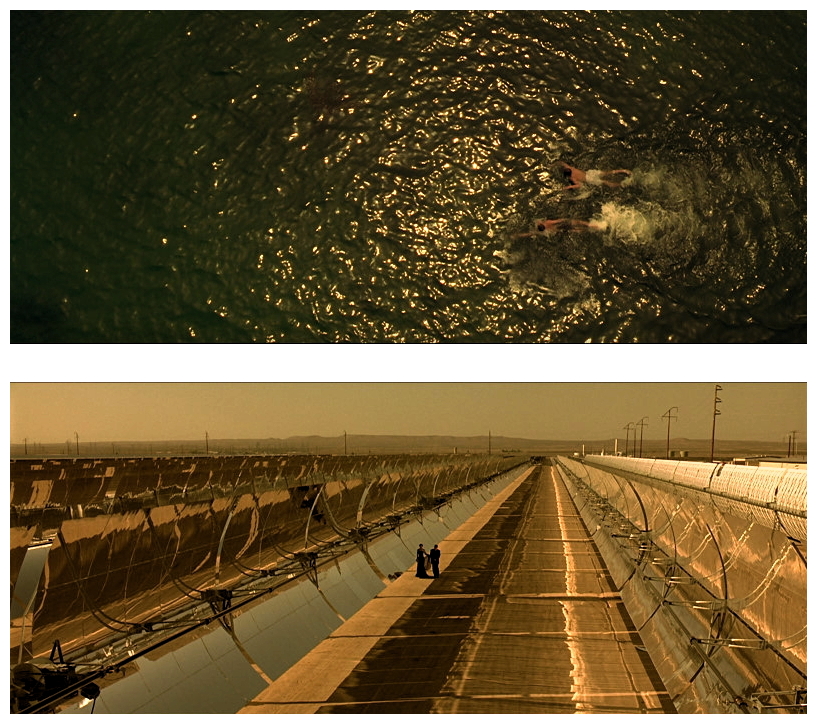 Dealing with identity theft in a chilly and stylised future, Gattaca is a commentary on the dangers of scientific advancement which results in harming (rather than aiding) human society and development. Ethan Hawke‘s excellent performance is supported by an equally excellent cast: Jude Law in one of his earliest film roles as handicapped Jerome Eugene Morrow; Alan Arkin as old-fashioned Columbo-style Detective Coldspring determined to find the owner the unknown DNA samples found at the murder scene; Uma Thurman as Vincent’s love interest and potential femme fatale Irene Cassini; Gore Vidal (one of America’s greatest writers of the last century) in one of his rare acting roles as company director Josef; Elias Koteas; Tony Shaloub; Ernest Borgnine and others. 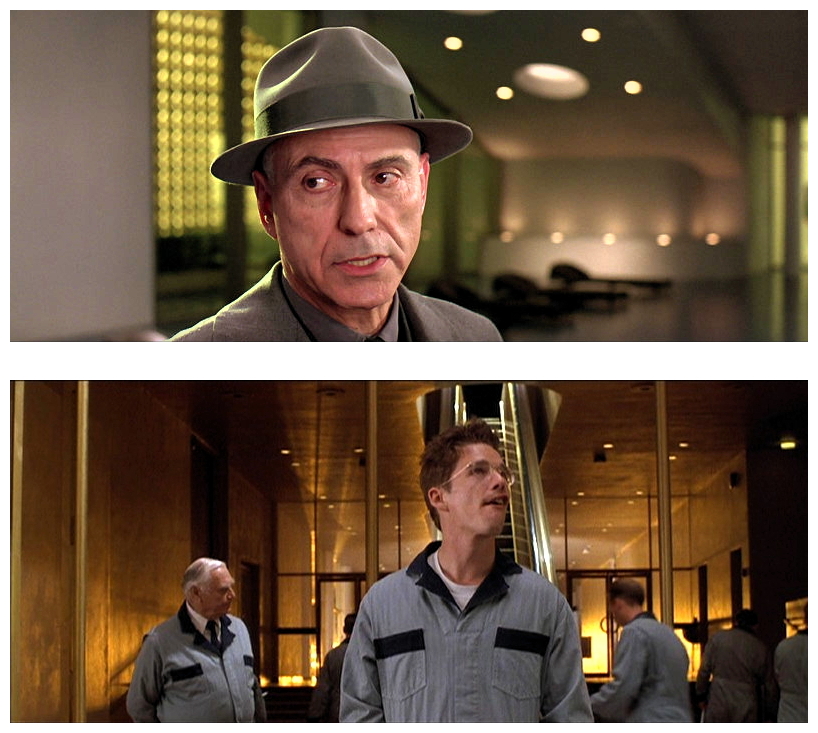 Despite critical acclaim, Gattaca was not a big hit at the box-office, no doubt a depressing and distressing movie for many mainstream viewers. Nevertheless, the film successfully illustrates the debate over the controversial topic of human genetic engineering, and its dystopian depiction of ‘genoism’ has been cited by bioethicists in support of their opposition to eugenics and the societal acceptance of the genetic-determinist ideology. In fact molecular biologist Lee M. Silver stated that, “Gattaca is a film that all geneticists should see if for no other reason than to understand the perception of our trade held by so many of the public-at-large.” It’s with this thought in mind I’ll ask you to please join me next week when I have the opportunity to give you another swift kick in the good-taste unit with a high-speed rocket-powered terror-filled excursion to the dark side of Hollywood for…Horror News! Toodles! 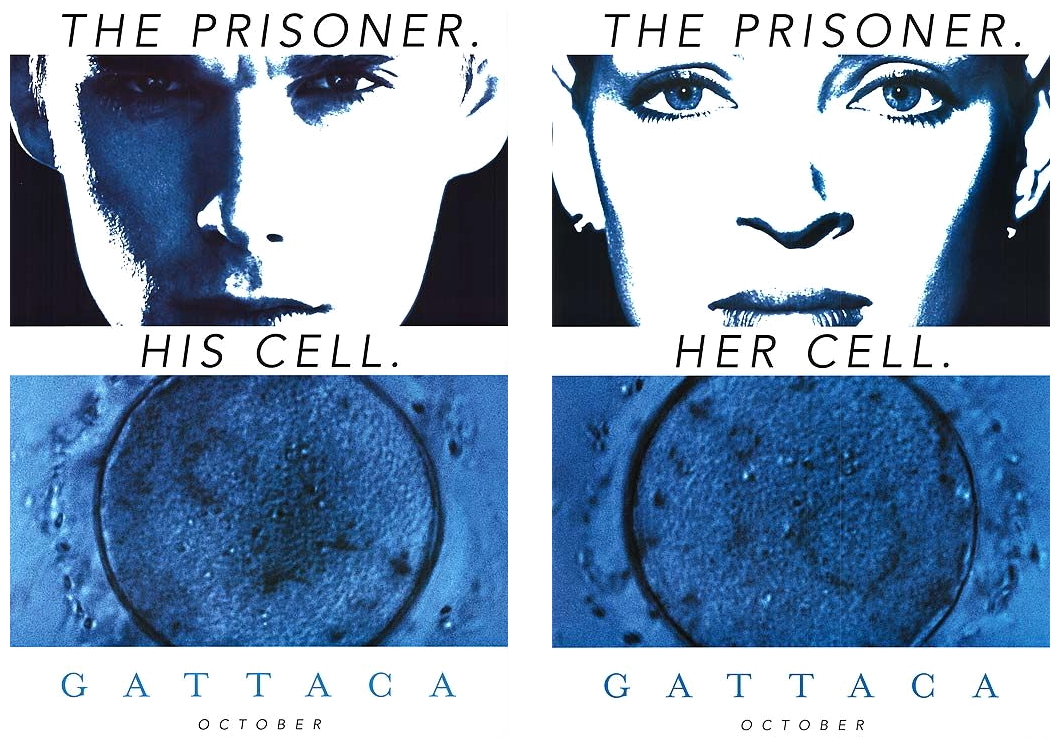