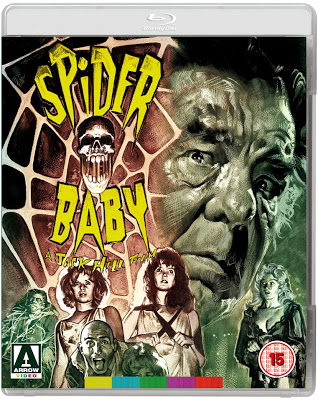 “In a dilapidated rural mansion, the last generation of the degenerate, inbred Merrye family lives with the inherited curse of a disease that causes them to mentally regress from the age of ten-or-so on as they physically develop. The family chauffeur looks out for them and covers up their indiscretions. Trouble comes when greedy distant relatives and their lawyer arrive to dispossess the family of its home.” (courtesy IMDB)

Those of you from large families in particular will understand when I say there are two sorts of distant, but well-meaning relatives who give you Christmas presents every year. A. The dull-as-dishwater kind who gives you things you actually need, like new socks or clean underwear or that kidney-dialysis machine you’ve had your eye on, or B. The relative who gives you presents that are absolutely useless but really cool, like remote control cars, stalk-and-slash Freddy Krueger dolls or one-to-one scale models of fighter aircraft.

You’ll be pleased to learn that I’m the second sort of relative. I’m not going to offer you mawkish Christmas sentimentality in the form of Santa Claus Conquers The Martians (1964), Snotty The Frostman (1969) or Batman Returns (1992). No, this holiday season I offer for your mastication the creepy cannibal cult classic Spider Baby (1968), starring two great character actors separated only by a generation (and hair), Lon Chaney Junior and Sid Haig, and directed by Jack Hill, who got his first kick-in-the-pants…I mean, introduction to the film industry by the centre of our universe, Roger Corman. 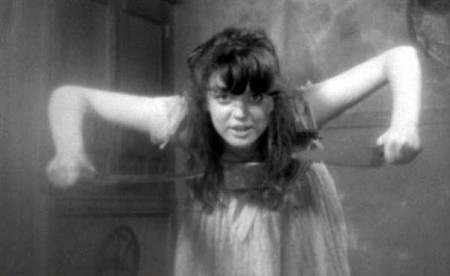 Spider Baby (also known as The Maddest Story Ever Told, also known as Cannibal Orgy, also known as The Liver Birds…I mean, The Liver Eaters) tells the story of how the ironically-named Merrye family tries to cure itself of a horrible family disease, an extremely rare condition called Merrye Syndrome, often confused with Merrye Tyler Moore Syndrome, which also causes progressive age regression to a pre-human condition of savagery and cannibalism, which all makes for a very Merrye Christmas indeed. Get it? Merrye Christmas? Worst. Link. Ever. This is Jack Hill’s first feature-length movie after his tour of duty with Roger Corman and company, when he was complicit in such cinematic crimes as The Wasp Woman (1959) and The Terror (1963). Jack also wrote the script of Spider Baby and raked together a spectacularly piddling budget of $65,000.

Seventeen-year-old Jill Banner is creepily sexy – which is legal in some states – in her role as Virginia the Spider Baby. Harsh and thrashing when excited, soft and graceful while stalking, she does a believable spider imitation. In contrast, Beverly Washburn, an experienced stage actress and a former child star, tends to overplay her role as the younger sister. It works well though, because these contrasting performances represent the varying degenerative mental states of Merrye Syndrome. Carol Ohmart, who you might remember from House On Haunted Hill (1959), was a fifties starlet who caught on like the flu – gone in a week. She plays the tough, greedy cousin who strip-dances in front of a mirror, and is later dragged into the bushes by Ralph. Her confused demeanour thereafter is obviously a testament to the joys of pre-human sex.

Quinn Redeker, who wrote the first draft of Oscar-winning film The Deer Hunter (1978) and starred for years in The Young And The Restless before becoming old and placid, acts the consummate charmer. His performance is smooth and professional and, given the circumstances, slightly out of place. The performance I find the weakest comes from Karl Schanzer as Schlocker the lawyer. Yes, Schlocker – that’s his name, don’t wear it out, you’ll look ridiculous. His acting is right out of a high school play, self conscious with absolutely no subtleties or, um, timing. 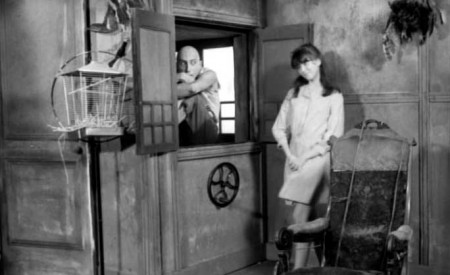 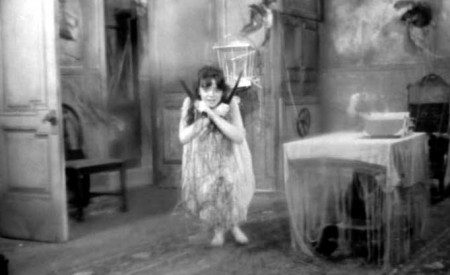 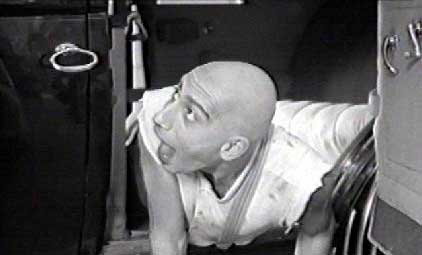 The head-twisting, hand-wringing, ape-walking, dribble-drooling Ralph is played with relish by the great Sid Haig, a veteran of more than fifty films, from Jack Hill’s exploitation flicks of the sixties and seventies, to his recurring role of Captain Spaulding in Rob Zombie movies like House Of A Thousand Corpses (2003), The Devil’s Rejects (2005) and The Haunted World Of El Superbeasto (2009). The television industry has also benefited from his presence in a staggering 350 down-to-earth gritty melodramas like Automan, Batman, Buck Rogers, The A-Team, The Fall Guy, Fantasy Island, MacGyver, Mission: Impossible, The Rockford Files, Sledge Hammer and Star Trek, but may be best known for his longest running role as the villainous Dragos, evil arch-nemesis of Jason Of Star Command, failing to conquer the universe on a weekly basis back in 1979.

Partly inspired by Alfred Hitchcock’s seminal Psycho (1960) and television shows like The Addams Family and The Munsters, Spider Baby has in turn inspired such films as The Texas Chainsaw Massacre (1974) and The Rocky Horror Picture Show (1975), not to mention the films of Tim Burton. So there you have it, my Christmas present, from me to you with love, Jack Hill’s Spider Baby. Thank you for joining me here this week for my Horror News Christmas Special. I’m Nigel Honeybone, reminding you that nothing says ‘I couldn’t care less’ like one of twenty identical Christmas cards. Toodles! 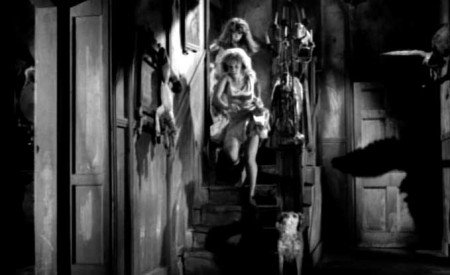