Rate This Movie SYNOPSIS: During an exclusive tour, a power breakdown inside a secret prison known as the Death House sends two agents fighting through a labyrinth of horrors while being pursued by a ruthless army of roaming inmates. As they fight to escape, the agents push toward the lowest depths of the facility where they learn a supernatural group … 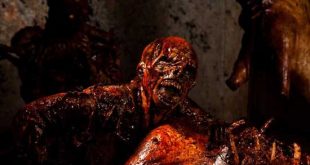 DEATH HOUSE, releasing on November 6th via Cleopatra Entertainment. Directed/co-written by Harrison Smith, this festival hit features an ensemble cast of Adrienne Barbeau, Dee Wallace, Sig Haig, and Tony Todd (among many others), and has even been called “the Expendables of the horror genre” by some critics.

Bill Oberst Jr. is one of the most talented actors. He has starred in “Criminal Minds,” “The Shunning,” “The Dooms Chapel Horror,” and the up-coming “Death House.” He is an Emmy winner and he took time to speak with me for a Horrornews.net exclusive interview. Hi Bill, How are you? Bill: Good. Okay, how did you prepare for this role … 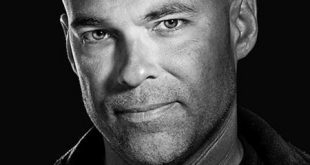 You directed and you are listed as a writer on DEATH HOUSE. Please tell us about the concept of what is looking to be the most epic Horror film of 2017? Well, I think the word “epic” is overused. One of the major issues with horror lately is the over hyping of a film. The Babadook was well made, inventive … 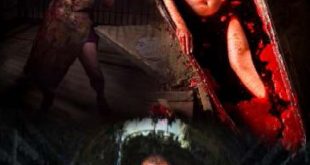 Get ready for Death House! Death House is one of the most anticipated horror films. The greatest names in horror have been rounded up to appear in both feature and cameo roles to fill out a film that serves as a horror time capsule. While the media dubbed it “The Expendables of Horror” it is NOT a gimmick film. A …