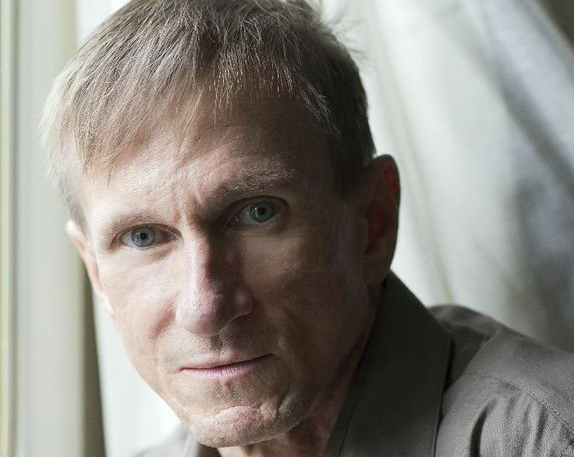 Bill Oberst Jr. is one of the most talented actors. He has starred in “Criminal Minds,” “The Shunning,” “The Dooms Chapel Horror,” and the up-coming “Death House.” He is an Emmy winner and he took time to speak with me for a Horrornews.net exclusive interview.

Hi Bill, How are you?

Okay, how did you prepare for this role in “Hunting Ground?” You did a kick ass job.

Bill: Well, this is a cool role for me because usually I play the antagonist, you know I am always malevolent because of my face. This guy is still a human being but he is not a straight out antagonist. He is a camper. He is not out in the woods looking for Sasquatch, he just stumbles upon him. I do wilderness camping myself. I’ve often hiked up a mountain seven miles with a back pack. 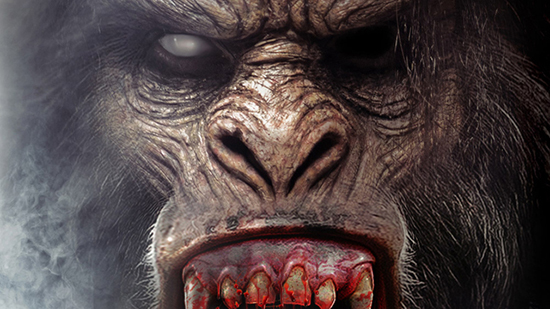 Bill: It’s really cool. I like John because John is a real geek. I say that affectionately, I find that in our genre, the best directors tend to be geeks. In his case it was making the Sasquatch a real creature, animals and not just some fill in the blank monster. I really liked that how he tried to show how the Sasquatch live and react. He treated his subject with respect.

“Hunting Grounds” is insane with all the terror, action and Sasquatch of course. Did you face any crazy challenges?

Bill: Getting thrown through the air against a tree! It was always a challenge. It is essentially a big rubber band (the rig for this stunt) is the simplest way to explain it. The goal is to get up in the air enough so it looks like you are flying. I didn’t actually get to do it, until we shot the scene. That was a little bit hairy but it turned out okay!

You are working with a great cast besides yourself. What was it like and did you guys have any insane experiences while filming? 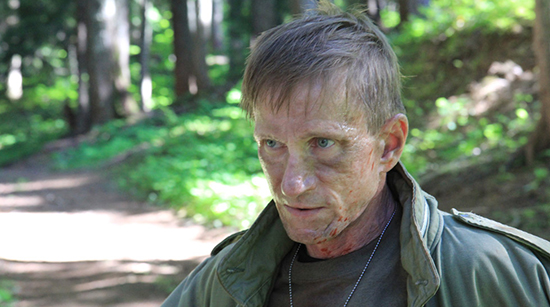 Bill, you have played so many varied characters so far. Do you have a favorite character that you have done on film or television so far?

Bill: Yes, there is a movie called, “The Retrieval,” it is not of the horror genre, it is a movie set at the end of the Civil War. It is a Western and I played a slave-bounty hunter. He was not a good human being but the director allowed me to show this guy as a human being and not just a villain. Sometimes people are products of their time and the way that they are raised. They are trapped in patterns of behavior they just can’t get out of. It was a quiet betrayal and the director Chris Eska, he also taught me how to be quiet. I mean physically quiet, not just verbally quiet.

When I watched the film he was amazed because he did that to everyone, all the actors. It is powerful but very quiet. So, A. I learned something new, a new skill on that set and B. I got to delve into a character in more than a surfaced way. On Television it is the killer that I played on “Criminal Minds” because he sort of epitomizes what I call the wounded monster that Lon Chaney played a lot. The person who is a monster but they can’t help they are a monster. They are actually a monster because of the way society views them.

I feel as if people have different sides of them. I believe it possible that all humans are “Villains,” do you feel strange being labeled a villain when all human beings may have been just a person. I am not condoning what anyone does but look at serial killers. They were people and I guess you could say, they are villains. Do you feel it is odd to just label people?

Bill: Yes because Janel that is so insightful for you to say that. It is a cheap and easy way out for us to say that I am not like, fill in the blank you know whoever the villain of your choice is? But you are like them, you’re very like them. We are all made of exactly the same stuff as Carl Sagan said. I believe we are all children of god and we’re very similar. It is only slight changes that make what we call a villain. We would have more empathy and people are like oh, I don’t want to have empathy for him, he is a killer. I don’t want to have any empathy for him. But if you insist on saying a serial killer is so unlike you that he is another species entirely. I think you are lying to yourself and you are helping to create the next serial killer.

Okay, “Death House.” I must ask. What was the experience like for you in “The Expendables” of horror films?

Bill: Well it was an honor because I knew it was “The Expendables” of Horror and I knew that everybody wanted to be in it. I made up my mind and asked my manager don’t pitch me for this because I don’t want to pitch for this and then not get in it. It is a real ego business and I decided to just see if they would ask me and they did ask me, which was really nice. So I got to work with Barbara Crampton who screams, she has the most incredible scream I’ve ever heard. Knowing that everybody in horror is in it. I think of it as a modern horror legacy project kind of like the old Monster Rallies of the Universal days updated. It was a blast! 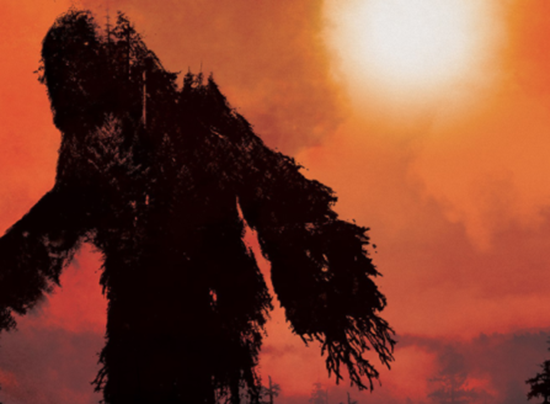 What would you like to say to the fans?

Bill: You know what I would like to say to them is, Thank you! Thank you for supporting independent films. These films are generally people’s dreams and they usually don’t have mega-millions behind them. If there is any way they can encourage not to pirate the films but thank you.

Bill: I just finished in Germany playing Adolph Hitler’s head of secret weapons development. The person who helped him develop the rockets and almost helped him get the atomic bomb. That was an absolute blast. I have a couple of horror projects coming up this fall. I just finished a film with John Stamos and I am writing a new stage project which heavily involves the work of Ray Bradbury.

That is awesome. I love Ray Bradbury. What can you tell us about the project and where you want it to go?

Bill: I will tell you since you are interested in Bradbury. For the last two years I have been touring in a solo show which is based on one of his very early, I call it the first zombie story. It’s called “Pillar of Fire,” it’s about a dead guy who wakes up and he is the last dead guy in the world. So I have been doing this all around and it reignited my love of Bradbury that I loved since I was a boy. So I decided that I wanted to create a solo show as Ray Bradbury you know just as Hal Holbrook did for Mark Twain and have Bradbury himself present some of his stories with him on stage. That is what I am working on now with the cooperation of his estate.

That is just so cool and Bradbury’s work is amazing. It is cool for those of us who feel like the misfits of the world.

Bill: I want kids to read! That is one of my big goals. Especially since and it sounds like maybe you were too, a misfit kid who didn’t fit in. I didn’t fit in anywhere, I was a misfit kid so I needed these movies, these shows and authors like Ray Bradbury to let me know that there were other misfits out there like me. When you read these stories by an author who is obviously a misfit himself about misfits, it makes you feel not so alone. I have a heart for kids who don’t fit in and I want them to know about authors like Ray Bradbury. 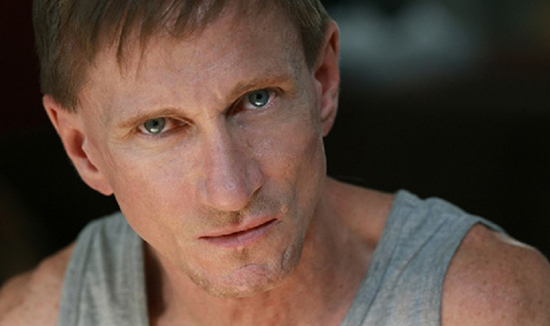 It is hard when you feel like you do not fit in and especially in the horror genre. People always like to label us and every one of my friends who love horror are amazing, sweet and the kindest people you will ever meet in life.

Bill: Isn’t that the strangest thing, the people who are into the supposedly dark stuff are the sweetest people. The horror people don’t label one another and that is what I really, really love about the community.

(This man is a true gift to the film world!)

Uncork’d Entertainment opens the HUNTING GROUNDS this May.

Festival audiences and horror critics have gone crazy for the story of a father and son, forced to move to an old cabin in the woods after a devastating tragedy, who unearth a tribe of Sasquatch.

DVD and Blu-ray extras include Audio commentary with Writer/Director John Portanova, Producer Matt Medisch, and Director of Photography Jeremy Berg, making-of feature, deleted scenes (Blu-ray only), and  “John Goes Squatchin'” A featurette following Writer/Director John Portanova as he embarks on his first Squatchin’ trip into the Washington rainforest (Blu-ray only).