The Black Saint’s most anticipated film of 2015 is here, AVENGERS: AGE OF ULTRON. Director Christopher G. Moore joins the Grue-crew to review the second gathering of the heroes of the Marvel cinematic universe. The Black Widow. Captain America. Hawkeye. The Hulk. Iron Man. Thor. The gather again to face the villainy of Ultron and his robot army who threatens the extinction of mankind. While the film is a box office hit, the film is examined exposing its flaws and celebrating its successes.

Dave dishes a new plate of HORROR NEWS OF THE WEEK with information about who is playing Pennywise in the It remake, the cast of the upcoming DC film Suicide Squad and Nazi Zombies ride flying sharks in Sky Sharks. Yes, flying sharks! Piloted by Nazi Zombies. Also, Doc announces the winner of the contest from the cool cats at Ghoulish Productions featuring a kick-ass Vampire mask giveaway.

Co-hosts Doc Rotten, Santos (The Black Saint) Ellin Jr., Dave Dreher, Thomas Mariani and Vixen, the voice of reason, are back again this week to give you the best in horror as they recap, review and obliterate all that is horror this week! Also, the fun continues with the latest HNR REACHT Horror Poll!

The cast is incredible, packed full of heroes, villains and guest stars. The action is exhausting filling nearly every frame of the latest Marvel film. Avengers: Age of Ultron is king of the box office as Iron Man, Captain America and the gang battle Ultron as played by James Spader. The film also introduces Scarlett Witch, Quicksilver and the Vision and features guest segments with War Machine, the Falcon and Nick Fury. Nothing is left out and the Grue-crew sift through it all ending with the Infinity Gauntlet and Thanos. Woot!

Horror News Radio teams up with Ghoulish Productions to give away a kick-ass Viper the Vampire mask. It is time to prepare for Halloween 2015 by entering to win this extraodinary full face mask, scare your friends and neighbors. Woot! The winner of this awesome mask from Ghoulish Productions is Scott Dodson. Congratulations!

Dave shares the Horror News of the Week with some more trailer news with the release of THE NIGHTMARE documentary. Frightening! For the upcoming remake of Stephen King’s IT, the film makers have cast Will Poulter from Maze Runner as Pennywise. DC has release a promo image finally revealing the cast for the upcoming 2016 film SUICIDE SQUAD. Mix Nazi Zombies and flying sharks gives audiences SKY SHARKS. Yes, that is a thing. Join the cause to save the small bridge from the mall in DAWN OF THE DEAD. 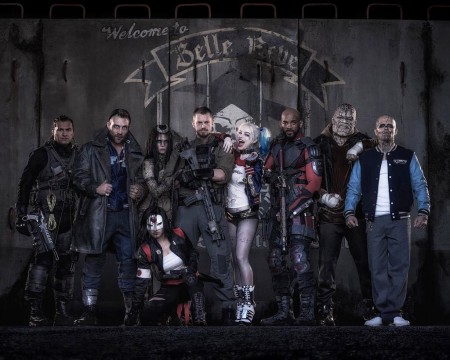