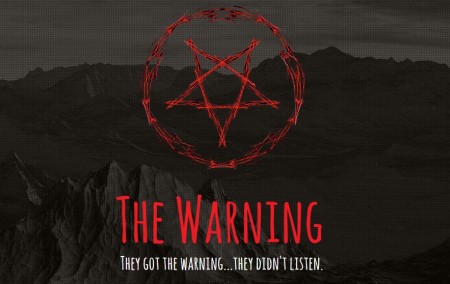 Filmmaker Summer Moore hopes to capture the attention of horror enthusiasts with her soon to be released independent film, THE WARNING. Produced under a SAG/AFTRA New Media Agreement, the film recalls the ‘satanic panic’ that occurred in the 1980s and 1990s, when young people were joining groups practicing devil worship. Synopsis Produced & written by Moore and directed by Dirk Hagen, THE WARNING is set in the fall of 2011, when a television series reporter (played by Moore) sets out to investigate the town of Manitou Springs, Colorado, which has long been labeled “The Devil Worshipping Capital of the Western World.”

The reporter enlists the help of her longtime friends played by Jeff Allen and Tiffany Joy Williams to assist in interviewing local townspeople. It soon occurs to the reporter, that satanic worship may still exist in the town and she finds herself at the threshold of something truly evil. Recording each step of their journey on camera, the group documents numerous interviews and possible satanic sites and sacrifices. Reminiscent of The Blair Witch Project, on the last night of their journey, they uncover something that was to be kept truly hidden.

Every step of their chilling night is documented on camera until the end, resulting in labeling the trio “missing persons,” the cancellation of the show, and a TV network cover-­‐up. Distribution

THE WARNING will be distributed on DVD by XVIII Entertainment, LLC in conjunction with IFLIXDIRECT and AMAZON.

Video On Demand will be provided by Film Canal, ITUNES, X-­BOX, and GOOGLE PLAY. 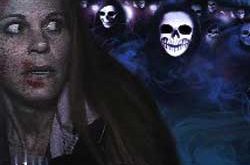