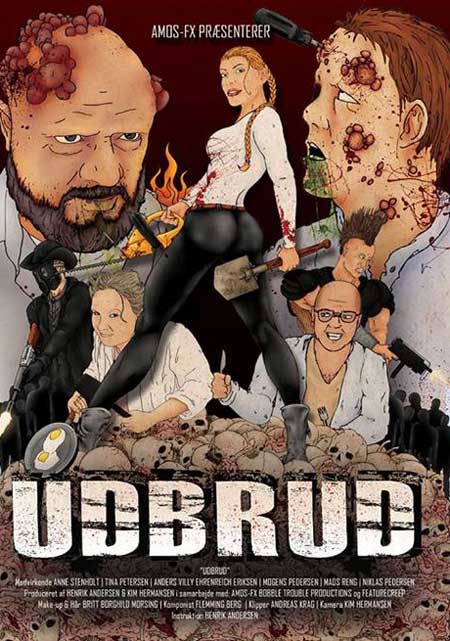 ” In a World on the verge of collapse, a Young girl must use her survival instincts to survive the destructive epidemic that suddenly breaks out, and ravages her once safe childhood home.
Pustule Infected creatures of pure horror, wrought from the deepest depths of hell, stand in line to make life miserable for “The Girl With No Name”.
But they have disturbed the wrong Girl.”

Director Henrik Andersen, who co-directed the Danish zombie-horror feature Codename: Yin/Yang a few years ago, handled 100 volunteers to make Outburst, which is a tribute to the horror films of the 70s and 80s. -It’s also a tribute to film making in general, Andersen said to TV2 in Denmark. While Outburst is not a direct copy of famous genre movies, many of the pioneering directors has influenced Andersen; Dario Argento and Lucio Fulci are of course among the main influences, as are Enzo G. Castellari’s The New Barbarians. -We love the way film was made back then. The honesty and sincerity those movies radiate, in good ways and bad ways, is real film in our view. Something big productions today lack. Other favourite directors include Ruggero Deodato, Mario Bava, George Romero, Tobe Hooper, Jack Hill, Stuart Gordon, Jesus Franco, Sergio Martino, Umberto Lenzi, and Jean Rollin. Andersen to Sørensen Exploitation Cinema: -The willpower that fueled their visions and creativity so it could be captured on film, is a huge inspiration. One scene in the film is a direct tribute to a scene in Mad Max 2: The road warrior, and in the same scene there is a hint to the Swedish exploitation classic Thriller (aka The Call Her One Eye), starring the legendary Christina Lindberg. And furthermore, the film’s composer Flemming Berg has made a soundtrack similar to those of John Carpenter, Claudio Simonetti, Ennio Morricone and Goblin. Synthesizer horror scores at their best! 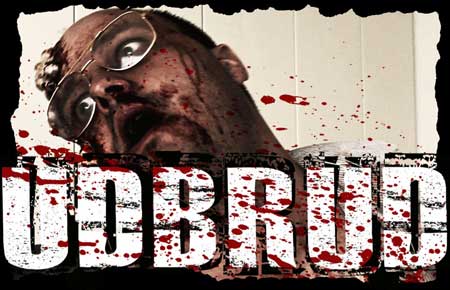 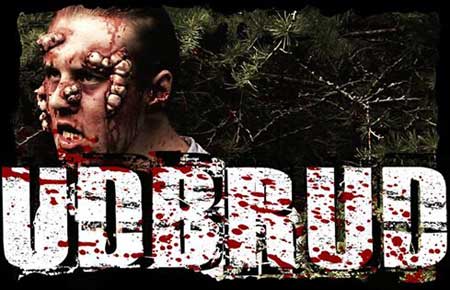 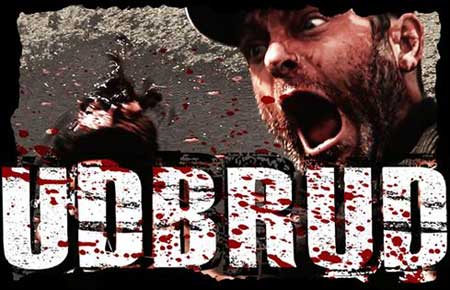 Henrik Andersen, who not only directs Outburst but also co-wrote it with Kim Hermansen (the two also financed the movie with their own money), runs the company AMOS-FX (A matter of splatter) which provides special effects for around 20 movies, shorts and commercials each year. He prefers physical special effects: -We use [squibs] and make small explotions in front of rolling cameras. It always looks better when you make it real like that. But we can’t make everything, so we also use digital treatment, he says to the Danish newspaper JyllandsPosten, referring to gunfire.

Director Andersen describes his film as “fun, because it exaggerates so much” and “so grotesque that one will laugh at it”. Several scenes required 35 litres of blood each, so fans of the crimson stuff should expect Outburst to deliver! 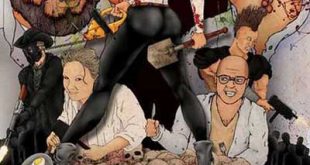