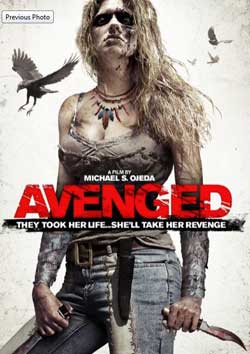 A deaf girl is brutalized by a murderous gang who are then hunted by her when the bloodthirsty spirit of an Apache warrior inhabits her lifeless body.

Originally going under the name ‘Savaged’, Avenged is a low-budget exploitation from Michael S. Ojeda that manages to provide a new twist of the rape revenge genre.

Full disclosure, I find the whole concept of rape revenge movies sad and depressing. Whenever this sub-genre is brought to my attention, I immediately think of 2013’s I Spit on Your Grave 2; the nadir of cinema in general. A hateful, nihilistic film solely focusing on the torture of a human being and dressing it up as female empowerment. I’ve appreciated some nasty horrors in my time, but that film is one of the few across any genre to boil my blood. 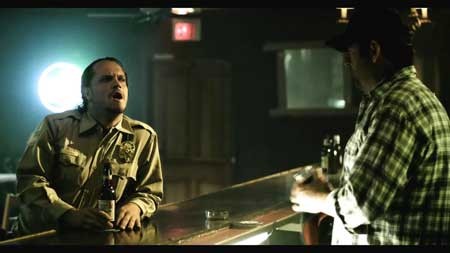 With that said, you can imagine my apprehension going into Avenged, and my surprise how well the whole works out. Amanda Adrienne plays Zoe, a deaf woman driving cross-country to start her new life in shared domestic bliss with her boyfriend. When she witnesses a groups of rednecks terrorizing two Native Americans, Zoe is kidnapped, brutally assaulted and abused, before being buried in a shallow grave and finally resurrected by a kindly mystic. True to formula, Zoe’s recovery leads to her going on a violent rampage of revenge. But that’s not all, folks! Due to a mishap in the mystic’s recovery plan, Zoe becomes possessed by the spirit of an Apache Warrior also looking for revenge in return for years of desecration and violence towards his people. 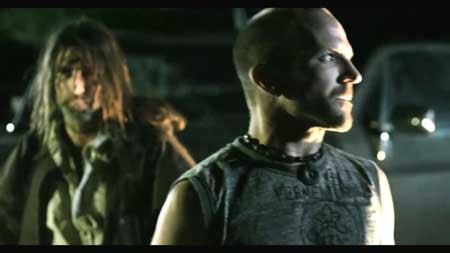 With this surprisingly original twist, Avenged becomes something so much more Whilst Zoe wants to flee to the arms of her beloved, the spirit that possesses her leads her down a path of violence that initially repulses her. Her first act of vengeance, for instance, sees her slowly unraveling a man’s entrails from his stomach, whilst he shouts expletives at her. It’s a lot to take on board for a person. Soon though, a symbiotic relationship forms that sees Zoe and her spirit guide working together as they cut through the red necks.

Ojeda sets up some exhilarating set pieces as Zoe – plus new friend – seek retribution. A particular high point is a high-octane fight that sees Zoe taking on the rednecks on the back of their own truck. It’s a skillful scene that highlights Ojeda’s control over the camera. Additionally, Ojeda – who also wrote the script – clearly cares for his character for Zoe, who is, at the start of Avenged, the epitome of wide-eyed innocence. 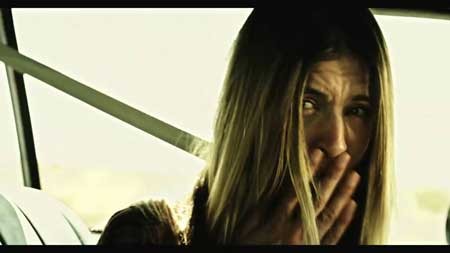 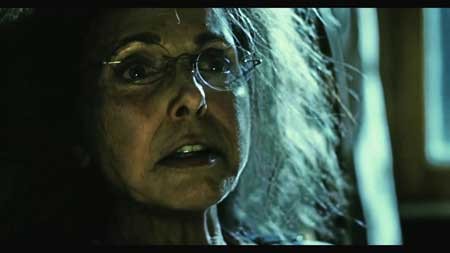 As the drama and anger unfolds, Ojeda plays off on an interesting idea that violence begets violence and can only ultimately do more harm than good. Zoe may be back from the dead, but her body was not built for what it endures. As Zoe falls deeper down the bloody rabbit hole, she begins to literally fall apart. It’s a heartbreaking idea as Ojeda encourages us to cheer Zoe on in her quest for revenge, but equally protect her from the harm she’s doing herself. Avenged seems to suggest that even if Zoe finds peace, like in real life there are always going to be consequences and she will never be the same person again. This is by no means a preachy film, but neither does it celebrate the violence it portrays as anything other than swift and ugly. 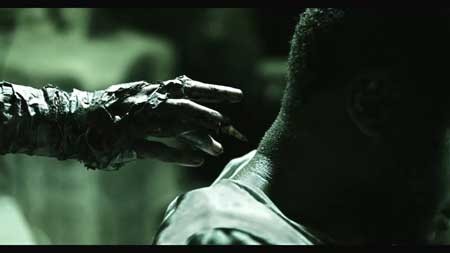 It’s not all smooth sailing thought. When Zoe’s partner Dane, played by Marc Anthony Samuel, enters the narrative in search of his missing girlfriend, Avenged plays around with the traditional maiden in distress formula, but unfortunately, it feels superfluous to the overall plot. This is ultimately Zoe’s story and breaking away to Dean’s investigations to find her just distracting. That said, when their separate storylines eventually dovetail, they give Avenged an emotional wallop as strong as any punch the possessed Zoe can swing.

Shocking, without being gleeful in its depravity, and stylishly shot, Avenged certainly renews my faith in this particular genre and I look forward to seeing what else Ojeda wishes to gift us.