Well I didn’t run the theatres like everyone else who drank the Eli Roth koolaid that “The Last Exorcism” was the film to see. Though I will say that after my viewing tonight, Eli just lost a bit of credibility in my book for praising such a blase-save for-rental film that really failed on the possession wagon. The movie that was before named “Cotten” found its way into the hands that thought the world was ready for another possession movie done in the style of “REC” and “Paranormal Entity”. Now hear me out, I said style but not content. 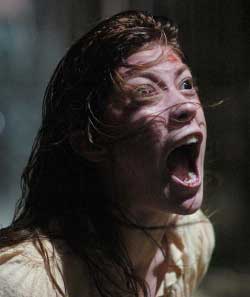 I remember a similar film from not as far back that used alot of the same storyline, but done quite better (in my opinion). “The Exorcism of Emily Rose” which I thought brought the frights when they needed to be, was a better model than this rehash. Sure, creepy kids with demons inside them can be frightening, though it really felt like maybe there was 15 minutes of fright that we never saw. Meaning, the frights were not that frightening and were few to boot. Sure a surprise ending was in store but not much more thrilling than say an episode of “Tales from the Crypt”. This film is clearly aimed at youths who either have not seen or don’t get the 70s style Exorcist, but for true horror fans…..well save yourself a few dollars and go see Machete instead. 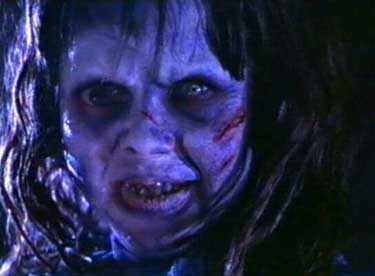