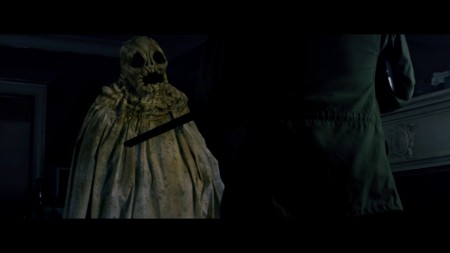 Four young trick-or-treaters set out on a door-to-door adventure – making their way from house to house, collecting strange treats as they go – that could very well end up being… the Last Halloween!

Another short film, this time a tasy little offering from Canada called The Last Halloween. It’s based on a comic book written by Mark Thibodeau, with the screenplay by him and director Mark Roussel.

It is night in an apparently devasted London. Four young trick or treaters are going from barricaded house to barricaded house seeking the traditional holiday alms. They are met by a few odd characters, who offer something a little outside the usual fun-sized candy bar range. But the kids are pleased with the offerings and continue their mission.

That is, until they come to the Fort Knox of apocalyptic housing. Upon hearing the ring of the doorbell, Jack (Ron Basch) responds with a resounding “get the hell out of here”. Usually not a good idea, unless you want a lot of free toilet paper in your trees and eggs smashed on your porch. Jack’s wife Kate (Emily Alatalo) thinks they should just offer them something rather than be rude. Kate would be correct. The penalty for refusing trick or treaters in this world is a bit more severe than some minor vandalism. 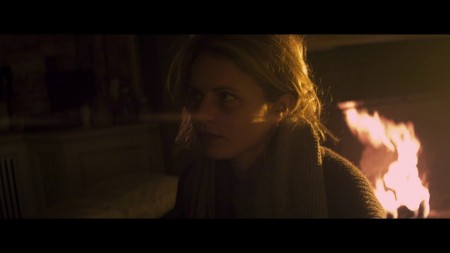 I love post-apocalyptic nightmares. Back in the 80s, this sort of story was all the rage. Sure, there’s been some really crummy ones over the years but this is not one of those crummy ones.

Without giving too much away, this is a special effects extravaganza. Some of the most amazing prosthetic work I’ve seen in a short feature. Unlike a number of shorts I usually see, this is a professional production. The effects crew work under the name The Butcher Shop and have credits ranging through all sorts of television and films. Google their website. Some epic shit on there.

I do have to mention a few stand out performances. Specifically, I have to mention Julian Richings, who gives us the best impression of Riff Raff from Rocky Horror that I’ve ever seen. All the Fritz with half the camp. He was awesome.

And of the course, the children. Kids can be creepy without any real assistance, but this group of children are really spooky. The children here have a lot of experience between them. These aren’t just kids from Central Casting. 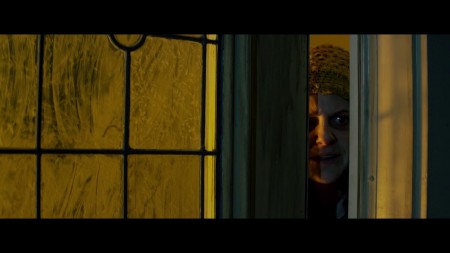 This thing was simply brilliant. I can’t say enough good things about it. I really can’t.

So rating with my special “short scale” on a scale of one to five (five being awesome), I’m giving this film 5 popcorn balls.