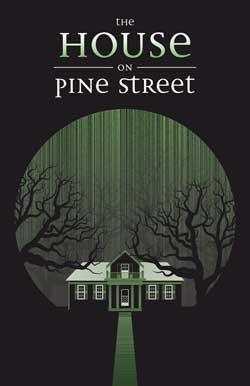 A psychological horror about a young woman coping with an unwanted pregnancy after moving into a seemingly haunted house.

I would like to state for the record that this film has bothered me more than any film I have seen before. I suppose that is the true mark of a horror movie:to make the viewer uncomfortable.

our story begins with an expecting couple, Jennifer and Luke (Emily Goss, Taylor Bottles) moving into a lovely historic home. Luke is starting a new job in the area and has good prospects for advancement. Not long after they get in, Jennifer’s mom Meredith (Cathy Barnett) arrives to congratulate the young couple. 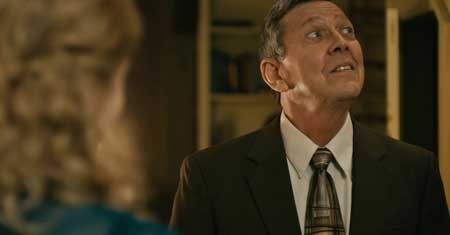 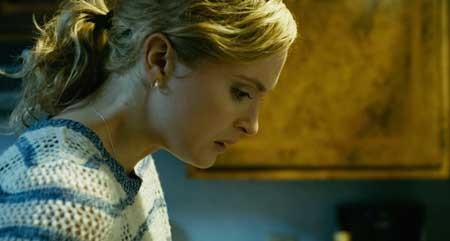 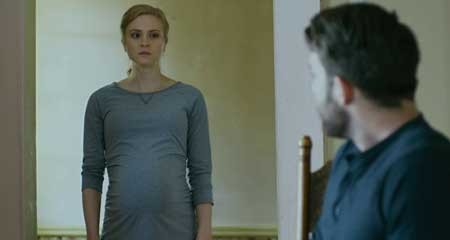 But all is not as it seems. Mom is a raging bitch, and a control freak. We find out the reason the couple are living here is due to mom’s interference. She figured that Luke was wasting his degree tending bar, and Jennifer needed to have her kid in suburbia instead of downtown Chicago (where they moved from).

Mom arranged the new job for Luke, and also arranged for the rental home. Seems that the man who bought it at auction was a friend of hers and she manipulated him into buying it with the promise of Luke and Jennifer renting it.

Well, it gets worse.

See, Jennifer doesn’t even want this baby. We don’t get a lot of backstory on the situation, but it is clear that having a baby was not in her plans. We are given hints to an apparent mental breakdown where Jennifer tried to home abort the pregnancy.

Anyway, so the house is a beautiful historic home from the 1800s. And mom Meredith has already planned their housewarming party. She invited mostly her own friends, of course. and maybe a few of Jennifer’s friends. But not Jennifer’s best friend, Lauren (Natalie Pellegrini). I don’t know why, but apparently for reasons. 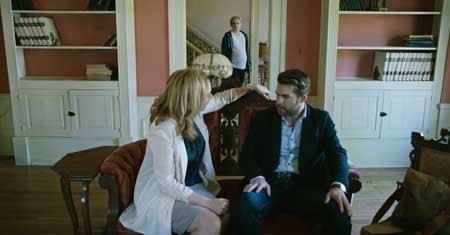 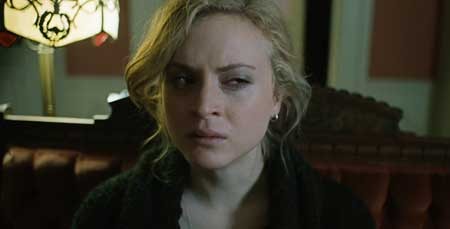 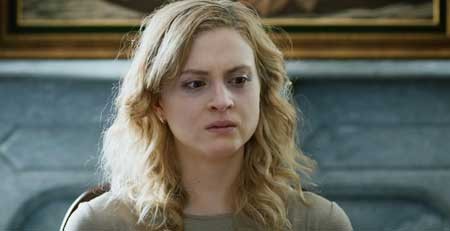 Jennifer is miserable. She hates this house, and hates this neighborhood, and seems to have only agreed to this with the promise they would move back to Chicago after the baby was born.

She does get to meet the weirdo neighbor Marlene (Tisha Swart-Entwhistle), a woman who looks like she hasn’t slept in decades. She also has teenage twin daughters (Cayla & Chelby Kunkel) who don’t talk. At all.

Through the course of events, we learn that the daughters suffer from a condition called Selective Mutism. (it’s a real thing, BTW. see here –www.selectivemutismcenter.org/aboutus/whatisselectivemutism). They haven’t spoken since they were little, and apparently by choice.

And it gets weirder. Jennifer’s house is haunted. Yes…haunted. But no one believes her. She keeps trying to tell her husband and her mom what’s going on, and they refuse to accept it. Jennifer is having another “episode”, they say, and perhaps she needs “help”.

Important to note that one of Meredith’s friends, Walter (Jim Korinke), claims to be a psychic. He speaks briefly to Jennifer at the housewarming party about the energies he feels in the house. 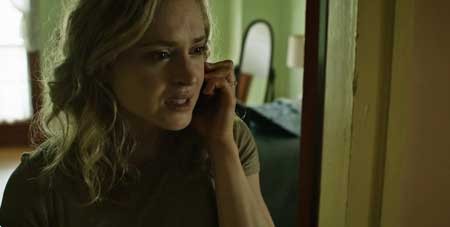 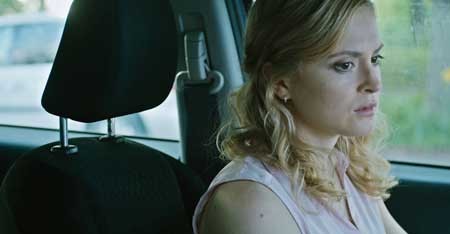 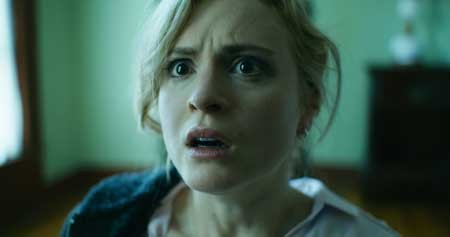 Lauren comes to stay for a few days, and brings along her toddler son Brad(Keagon Ellison, who wins my award for the creepiest toddler ever). Jennifer tells Lauren about what’s been happening, so they decide to have a seance. It doesn’t go well, to say the least.

And then things really go off the rails. What can Jennifer do to end the torment, and what exactly is going on? Is it all in her mind, just another mental breakdown? Or are they all really in danger from the supernatural?

This movie had me so on edge. Seriously…shaking as I watched it. Perhaps it is because I am a female and a self-declared “child free” adult. The idea that the concerns of a pregnant woman are to be dismissed as mental illness, or the fact that she didn’t want to be pregnant made her a monster, or that the people around her seem determined to force her to go through with it by calling her crazy and selfish.

So many levels of WTF in this film. You have to wonder if it’s actually happening, or if she is just nuts, or maybe she’s being gaslighted by her controlling husband and mother. It’s a disturbing film, no matter how you slice it.

Not much more I can say without crossing into spoiler territory. So on a scale of one to ten, ten being awesome, I’m giving this film 8 creepy toddlers. 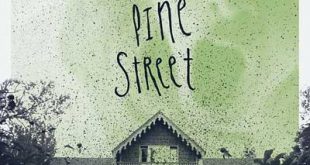