Monday 2nd March 2015 – THE BBFC announced today that HATE CRIME, the first release in a new joint VOD venture between geek blog Nerdly.co.uk and TheHorrorShow.TV – has officially been banned in the UK. It is one of only four horror movies officially refused classification by the BBFC since 2009, the others being Grotesque, The Bunny Game and The Human Centipede 2, later released with nearly 3 minutes of cuts.

Set to be the first release under the new Nerdly Presents banner, HATE CRIME tells the story of a Jewish family, having just arrived in a new neighbourhood, who are recording their youngest son’s birthday celebrations on video when their home is suddenly invaded by a bunch of crystal-meth-crazed neo-Nazi lunatics.

The film is the second feature from director James Cullen Bressack (To Jennifer, Blood Lake, 13/13/13), and has already had a successful release in the US. 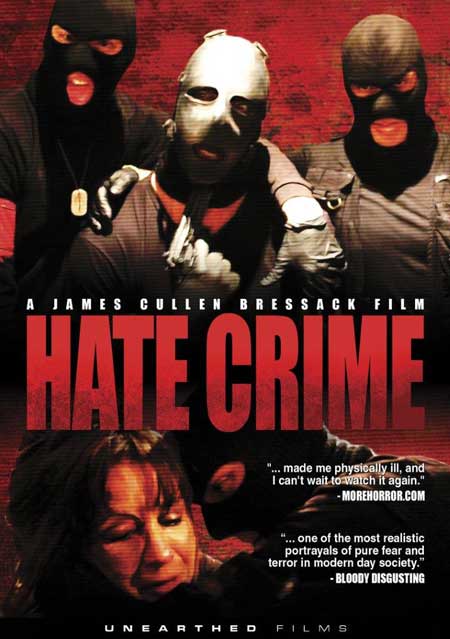 The full official statement from the BBFC:

“HATE CRIME focuses on the terrorisation, mutilation, physical and sexual abuse and murder of the members of a Jewish family by the Neo Nazi thugs who invade their home. The physical and sexual abuse and violence are accompanied by constant strong verbal racist abuse. Little context is provided for the violence beyond an on screen statement at the end of the film that the two attackers who escaped were subsequently apprehended and that the one surviving family member was released from captivity. We have considered the attempt at the end to position the film as against hate-crime, but find it so unconvincing that it only makes matters worse.

“The BBFC’s Guidelines on violence state that ‘Any depiction of sadistic or sexual violence which is likely to pose a harm risk will be subject to intervention through classification, cuts or even, as a last resort, refusal to classify. We may refuse to classify content which makes sexual or sadistic violence look appealing or acceptable […] or invites viewer complicity in sexual violence or other harmful violent activities. We are also unlikely to classify content which is so demeaning or degrading to human dignity (for example, it consists of strong abuse, torture or death without any significant mitigating factors) that it may pose a harm risk.’

“It is the Board’s carefully considered conclusion that the unremitting manner in which HATE CRIME focuses on physical and sexual abuse, aggravated by racist invective, means that to issue a classification to this work, even if confined to adults, would be inconsistent with the Board’s Guidelines, would risk potential harm, and would be unacceptable to broad public opinion.”

“Of course, the Board will always seek to deal with such concerns by means of cuts or other modifications when this is a feasible option.  However, under the heading of ‘Refusal to classify’ our Guidelines state that ‘As a last resort, the BBFC may refuse to classify a work, in line with the objective of preventing non-trivial harm risks to potential viewers and, through their behaviour, to society. We may do so, for example, where a central concept of the work is unacceptable, such as a sustained focus on sexual or sadistic violence. Before refusing classification we will consider whether the problems could be adequately addressed through intervention such as cuts.’ The Board considered whether its concerns could be dealt with through cuts. However, given that the fact that unacceptable content runs throughout the work, cuts are not a viable option in this case and the work is therefore refused a classification.” 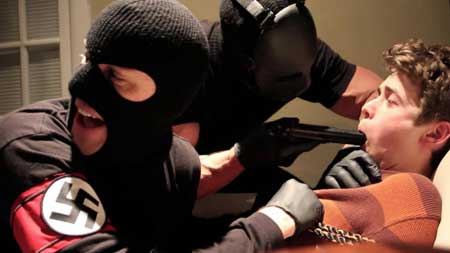 Says director James Cullen Bressack: “I am honoured to know that my mind is officially too twisted for the UK. So it goes … I find it unbelievable that a film that shows little to no on screen violence and no nudity was actually banned. it just shows the power of what is implied and peoples imagination; and is a testament to the fact that the same crimes that happen in the world are truly horrifying.”

Phil Wheat adds: “HATE CRIME was always going to be a contentious title to submit to the BBFC, especially given recent racial tensions. But as part of Nerdly Presents’ remit to uncover great underground movies it was worth taking the gamble on James Cullen Bressack’s movie. After all, horror is often about pushing boundaries and making your audience uncomfortable. HATE CRIME does that by throwing political correctness out of the window to create a raw, emotive and disturbing film that is a tour-de-force in reality film making, taking the found-footage genre to a whole new level – asking questions of both the filmmakers and the audience. As such it’s definitely worth championing.” 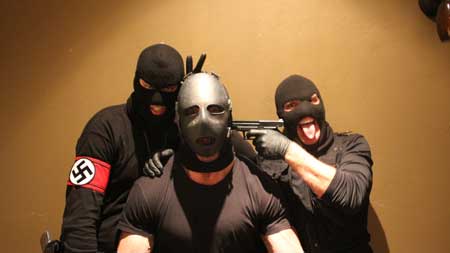 TheHorrorShow.TV‘s Jack Bowyer said: “Although it may surprise some people, TheHorrorShow.TV supports classification over censorship, as we would hate for any of our growing number of films to be viewed by an inappropriate audience. We work in collaboration with the British Board of Film Classification to ensure that our content is appropriately rated, but sometimes you need to test boundaries to find out where they are. In the case of HATE CRIME, it appears that the BBFC has deemed the content inappropriate for people of any age, even adults, and regrettably we will be unable to bring the film to the UK as part of our very exciting collaboration with Nerdly.” 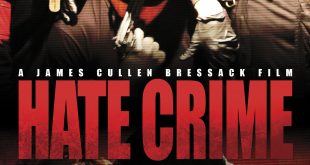