After a lot of controversy, James Cullen Bressack’s home invasion film HATE CRIME is coming to DVD courtesy of UNEARTHED FILMS. The DVD is being released on OCTOBER 15th, the same day as Bressack’s other film TO JENNIFER (being released by MVD).  You can make it a very Bressack Halloween!  Attached is the Cover art work for HATE CRIME’s DVD. 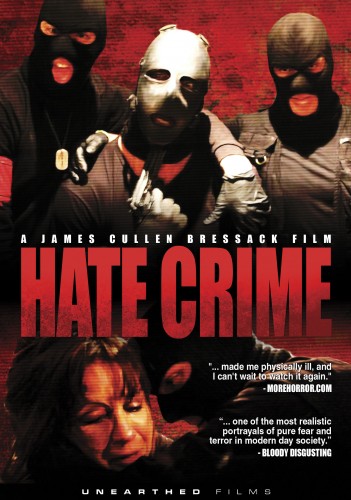 HATE CRIME is a violent, realistic portrayal of one of our worst nightmares, being attacked in our home. The movie has been extremely well received by over 90+ reviewers, including some of the biggest reviewers in the horror film community. It has already won best picture and best director at multiple film festivals around the world and made may horror sites top 10 lists of 2012.

Synopsis: “A Jewish family, that just arrived in a new neighborhood, are recording their youngest son’s birthday celebrations on video when their home is suddenly invaded by a bunch of crystal-meth-crazed Neo-Nazi lunatics.” 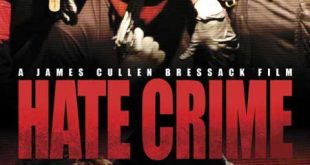