And That’s a Wrap – Blue Line, a feature film by producer David Gere

Blue Line, a super charged adrenaline thrill ride of a movie, has just wrapped up shooting in Cromwell, CT. This film was put together by East Coast / West Coast producer, David Gere and his team. It’s stars veteran asskicker, Tom Sizemore and WWE superstar, Kevin Nash, along with Jordan Ladd, Nikki Moore, Thyme Lewis, and a host of others. Jacob Cooney rocked it as director despite the a winter snowstorm that dumped a ton of snow on the production. 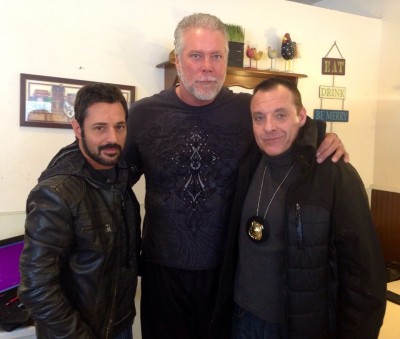 The move is about a master thief that pulls off the heist of a lifetime with a jaded police detective hot on her trail. We recently asked Sandy Fogell about her time on the set of Blue Line, “OMG, It was amazing! Sizemore is so funny and very down to earth. The crew was friendly and they made you feel very comfortable and at ease. Thymes Lewis and Lester Keefe were awesome. I loved being on set, the thrill of not only being in the film but seeing every aspect behind the scenes . It was Incredible.”

It’s from my own personal experience that any film David Gere is associated with, has that certain level of comfort as well as professionalism. He’s known to his friends and colleges as, “the man who never sleeps”. He’s always working on something, whether it be actiing, producing, or portraying his alter ego, pro wrestling manager – DG Haven.

David Gere represents the new Hollywood, as he has aligned himself with some of the top young lions in the industry, like Richard Switzer, who just happens to be the youngest Hollywood producer in history. The filmmaking tag team of Gere and Switzer, have teamed up not just on Blue Line, but their previous ventures include both Buddy Hutchins and School’s Out. We’ll see more of the duo in upcoming features, The Getter and Arden Drive.

You add Gabriel Campisi to those producers and you get a triple threat. Campisi, author of, “The Independent Guide to Writing a Business Plan for Investors” is an associate producer on Blue Line, as well as executive producer on Buddy Hutchins and School’s Out.

While talking about the new Hollywood, Woodhaven Films director Tommy DeNucci even has an acting role Blue Line. Tommy is acclaimed for his directorial skills in Almost Mercy, Army of the Damned, and Self Storage.

The bottom line about Blue Line, is that there is talent all the way down the line in this action film. 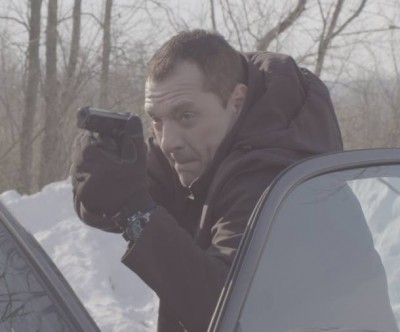