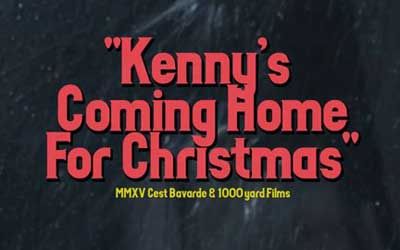 Young Samantha Frasier’s concerns about her older brother widen as she realizes a horrible problem he had as a child has only gotten worst.

Another short film for you, this time it’s a heart warming little number called Kenny’s Coming Home for Christmas.

Family is just the worst, am I right? Christmas time, we all get together and play nice-nice, and pretend all the things we’ve been surpessing for years don’t exist. We smile and hug and share the love of the holiday season.

Unless you’re Samantha Frasier (Katarina Flavin). Sam’s brother Kenny (William Potter) has a problem. A really big one. So big a problem that Sam prays her brother won’t be around for the festivities. Of course their mom (Carol Jones) wants her children to get along and be together for the holidays. It’s a mom thing, I suppose.

It’s been three years since the whole family has been together, and this year…Kenny’s coming home for Christmas. And Sam really wishes she could be anywhere else.

The story is told in reverse, opening with the ending and back tracking to show us how it came to that. A useful form of storytelling, especially for a short.

I love horror stories set during Christmas. I mean, in the real world horrible things don’t stop happening because of Christmas, and maybe we don’t need horror films about that. Still, killer Santas and evil elves and blood in the snow just makes me happy.

However, this one is a bit different. There’s no bloody Santa, and no elves with chainsaws. It’s a straight forward horror story set in an ordinary holiday world. The sheer normalcy of everything makes the extreme horror stand out starkly. And I can dig it.

The story focuses mainly on Sam and Kenny. William Potter is a delightfully evil man. Well, probably not in real life. But in this one he swings back and forth with the character changes effortlessly. Chews the scenery a bit, but that’s totally acceptable in this context.

There’s a lot that happens, but I really don’t want to ruin the surprise. Writer/director Bryian Keith Montgomery Jr. has given us a classic grindhouse horror story and you’ll just have to watch it to appreciate my comments.

So rating with my special “short scale” on a scale of one to five (five being awesome), I’m giving this film 4 bad holidays. 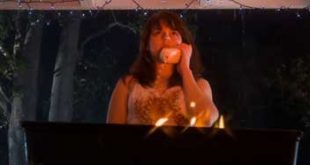