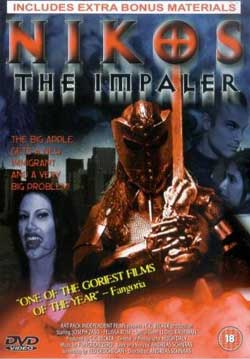 Due to a botched robbery attempt, a ruthless Romanian barbarian is somehow resurrected in modern day New York and begins wreaking havok on a small Manhattan art-house. Chaos ensues as the patrons of the establishment band together to fight for their lives.

Andreas Schnaas makes horror movies for people who love horror movies, and one of those people is Andreas Schnaas. Before you read that wrong, I want to clarify that I am giving the utmost of compliments by saying that. No matter if it’s Violent Sh*t (1989) or the more recent Unrated: The Movie and its sequel, you get the feeling throughout each film that the director, as well as most, if not all, of the cast, is having an absolute blast making the movie that you are now enjoying. Double goes for Nikos the Impaler; this is a movie for fans of horror who have a sense of humor about the ridiculousness of their favorite genre, but without insulting itself.

Nikos the Impaler was one bad dude back in eleventh century Romania. He killed a lot of people, and in very brutal and bloody ways. So our movie begins with an angry mob disemboweling him. When he begins to chew on his own intestines, they proceed to burn him, leaving nothing but his trademark mask. 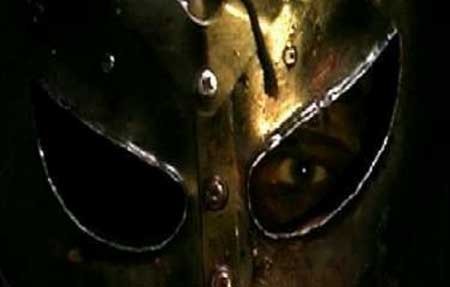 Fast forward to current day New York City, where a local museum is showcasing ancient Romanian art. In a backroom, inside a crate, is Nikos’ mask, and when a guy attempts a heist, and his blood spills on the mask, all hell breaks loose. Nikos returns, and one by one starts destroying the guests…once he leaves the building, and explores downtown NYC, it gets even weirder. Think Friday the 13th, part VIII: Jason Takes Manhattan, but German splatter-style.

This Schnaas film is a little bit different – it’s in English, thanks in part to co-writer Ted Geoghegan. But don’t worry, that doesn’t affect his style, as we still get plenty of so-bad-they’re-good puns, self-deprecating jabs at previous Schnaas films (when cops go into a movie theater looking for Nikos, Zombie Doom [aka Violent Sh*t 3] is playing, and one of them says “Look at this violent sh*t!”), and TONS of over the top carnage and gore. Lots and lots of blood flows from the first minutes all the way until the end, and plenty of body parts are chopped off, sliced in half, pummeled, and demolished. Don’t worry about the continuity of the story, and don’t pay any attention to the pretty bad (and often poorly delivered) dialogue – with Nikos the Impaler, you’d best be in it for the fun, not the deep messages and metaphors, or you’ll be very disappointed. 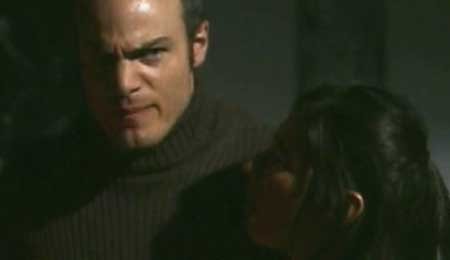 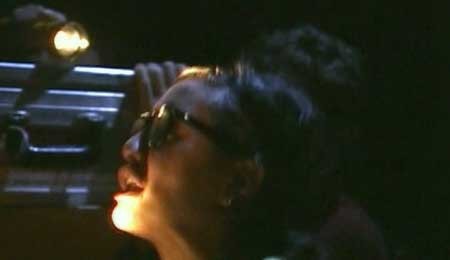 This movie has some faces in it that will be very familiar to fans of American horror. The two main characters are teachers Frank Howell (played by underground horror film regular, Joe Zaso) and Sandra Kane (the legendary Felissa Rose, who I’m sure you remember as Angela in Sleepaway Camp). Lloyd Kaufman and Debbie Rochon appear in cameo appearances at a video store, checking out a good sized Troma section.

And in a final battle scene that has to been seen to be believed, a handful of underground horror regulars show up to tie a ribbon on this beautiful package of guts and gore: Lenise Soren plays the Succubus, Ken and Elton Lin are ninjas, Tina Krause is Eva Braun, and Steve Montague is Hitler. For real, just watch the movie.

Nikos the Impaler has the feel of a late 90’s/early 2000’s Troma movie. That’s not a bad thing at all; actually, that is probably one of the reasons I like it. As much as I love the serious, deep, “artistic” horror films, I’m just as much a fan of the ridiculous, over-the-top, schlock and gore stuff, too (if not more so). 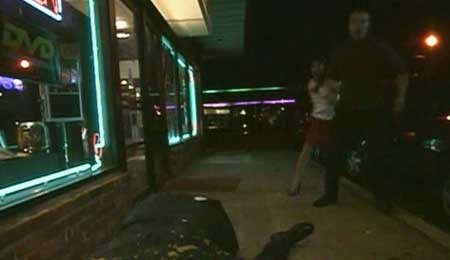 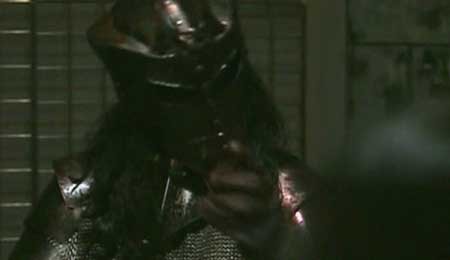 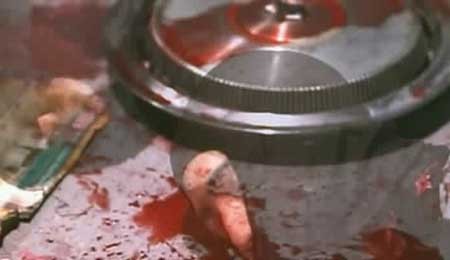 This movie is essentially just one hundred minutes of gore effects (a department headed up by one of the very best around, Marcus Koch) and silliness, and there’s absolutely nothing wrong with that. Gratuitous, unnecessary nudity? It’s in there, in the form of an extended shower scene with Darian Caine. Obscene amounts of blood, guts, and gore? Well, it is an Andreas Schnaas movie, so yes. Toilet humor? Of course! If you’re looking for an Oscar-worthy performance or deep messages within the subtext of the story, I’m not sure why you’re reading any of my movie reviews at all, and this movie isn’t one you’ll be watching. But if you love Troma films, German splatter horror, and having a mindless good time, Nikos the Impaler is here for you.