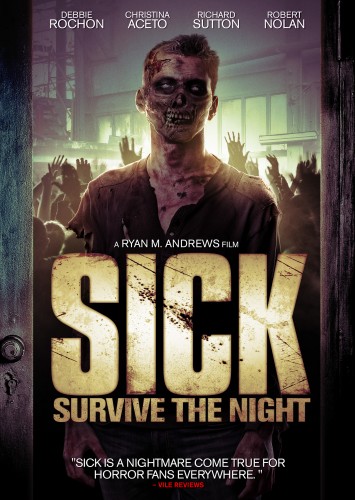 Two years into the outbreak, the remaining people struggle day to day for survival. With the infected more active at night, three people seek shelter in an empty home, but with supplies scarce, they’ll be lucky to make it out alive.

I can go on and on how tiresome the zombie genre has become over the last decade. Everyone, their brother, and the red-headed stepchild have all thrown their hats into the ring. Their budgets have ranged from the astronomical to the spare change. I always find it refreshing (and surprising) to learn those who just don’t have the money to put into a film are the ones being the most creative. Co-writer/director Ryan M. Andrews has delivered a zombie flick that has very little zombies.

It focuses on the human characters and how they’ve survived. It’s not a great film by any means but the lack of funds forced creativity and Adams has delivered a movie with a strong story, a message, and real characters. This film could easily reside in the same universe as THE WALKING DEAD. While it may not be for everyone, it’s at least worth a few moments of your time to check out something a bit different.

Two years have passed since the “sick” have turned the world upside down. Civilization as we know it no longer exists and there are only sparse groups scattered around the land. Dr. Leigh Rozetta (Christina Aceto) has had to leave her family for a higher calling. She has gone to stay in an underground research facility in order to run tests, do research, and hopefully obtain their ultimate goal of discovering a cure. She isn’t exactly well liked by the others in the facility except for Claudia (Jennifer Polansky), a woman who spent a lot of time on the outside, living among the Vultures (humans who feed off other humans for weapons, food, supplies, etc.).

Leigh needs to get some fresh samples and she wants to go out alone, leaving Claudia alone on the inside. Once on the outside, she’s separated from her guide and is rescued by McKay (Robert Nolan) and Seph (Richard Sutton), two survivors themselves who had just lost their group to a zombie attack. Claudia is worried about Leigh and sets out on a crusade to find and rescue her while she and her two new companions barricade themselves in an old house for the night. As day turns to night, if their lives weren’t tough enough, everything is about to change for all of them. 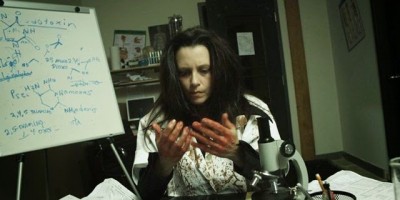 You can’t go into SICK with the mindset of seeing a blood-soaked, action packed, horror thriller. It’s a slow buildup, a film that focuses more on character than bloodletting. This might actually be a turnoff for some people but watching these events unfold was actually quite intriguing. The film also manages to catch you off guard and takes a twist you won’t see coming. The cast of unknowns were solid performers, giving life to these broken characters. The dialogue felt natural, never forced or awkward. It’s always a pleasure to see Debbie Rochon on screen, especially in a film like this. She plays a doctor who is doing research on the undead and only appears by herself on a computer screen. 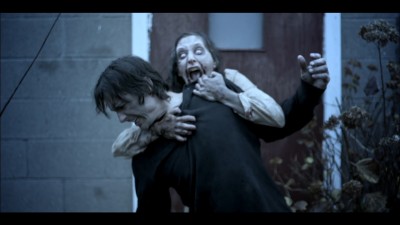 Sure, the film does borrow heavily from Romero’s LIVING DEAD films but it also tries to have its own story to tell. It’s no secret the film suffers from a lack of funds so it was quite refreshing to find the storytelling was key and that is a rarity. As an experiment, it would be fun to watch this film in black and white. I might be alone on this but the thought was in the back of my mind the entire time. Director Ryan M. Andrews (he co-wrote the script with Chris Cull) played it really smart with this film.

He knew exactly what his strengths and weaknesses were, assembled a strong cast, used solid practical effects work, and ramps up the tension bit by bit as the story unravels. This is the type of film where opinions will be split clear down the middle but I really enjoyed seeing how these characters have been affected by an unimaginable nightmare world. ****(out of 5)