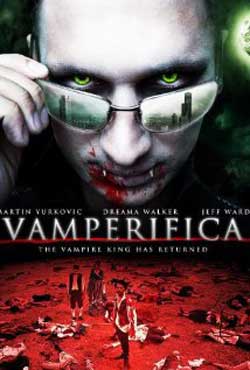 A clueless, flamboyant college kid discovers that the soul of a great vampire king resides within him. Now he must choose between his friends and his destiny.

I need to start this review with a disclaimer – I really don’t like vampire movies. The genre is so overdone, and a certain sparkly undead film series really put the nail in the coffin (pun intended).

That being said, let’s talk about Vamperifica. This film is a horror/comedy, and those I do love. 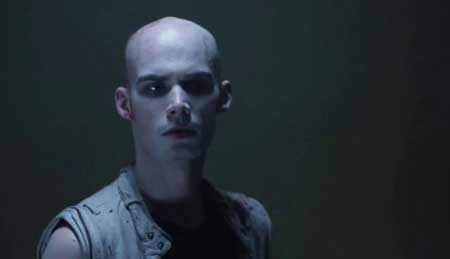 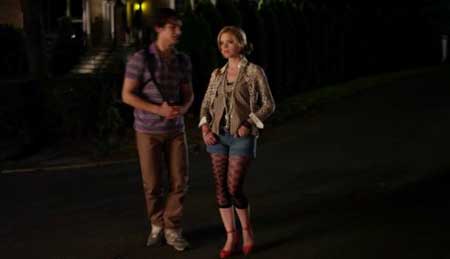 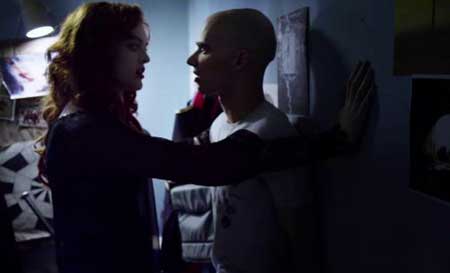 Our story focuses of Carmen (Martin Yurkovic), a delightfully flamboyant wanna-be actor. . He’s bitchy and self-centered, and the kind of GBF (gay best friend) that every girl dreams about.

Carmen is powerless and ineffectual in his life. Abandoned as a child by his mother, he is unable to keep employment, his grades aren’t great, and all his efforts towards his goals are greeted with frustration. His circle of friends is very small. His best friends from childhood, Tracey (Dreama Walker), and Peter (Jeff Ward ) are his only confidants and partners in crime. Peter has just returned from college out of state, filled with stories of his adventures.

Carmen has dreams of life in the theater and stardom that,in reality, will most likely never happen. He has a chance at an important play directed by Josh (Josh Alexander ), an obnoxious self-important theater hack with an even more obnoxious accent. But when the director soundly rejects Carmen for the role, Carmen decides to do whatever it takes it takes to get into the production somehow. This does not go well.

Thus the stage is set for a bit of divine intervention. Enter Emily and Campbell (Bonnie Swencionis, Creighton James) , two vampires who have been searching for centuries for the human vessel that holds the soul of their long-dead leader. 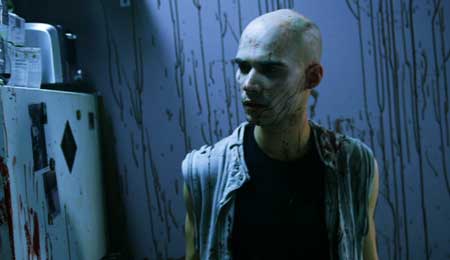 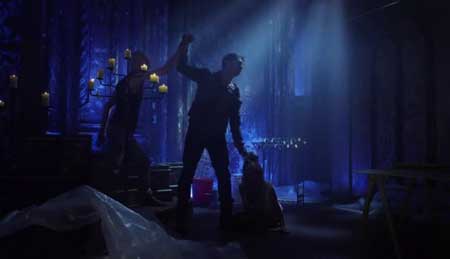 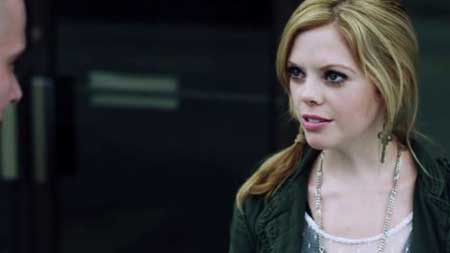 You geussed it – Carmen is the reincarnated soul of Raven, the long lost Vampire King. It is Carmen’s destiny to take up the mantle and restore the vampire kingdom to its former glory. In order for this to happen, Carmen must agree to be turned. When he isn’t so keen on the idea, Emily and Campbell make the choice for him.

As Carmen/Raven awakens to his true self, he realizes that this new power gives him the ability to take control of his previously out-of-his control existence. Carmen relishes this opportunity to sieze dominance over the people that have annoyed him for so long. And when their lifelong bully Al (Vincent Quinilliani) does the unthinkable to Tracey, Carmen takes a super-powered vengence.

Carmen is having a blast, but power has a price. He learns that he has to distance himself from his lifelong friends and the life he had always dreamed of is no longer available to him. Carmen must decide if this change of fortune was worth the cost.

The film was directed by Bruce Ornstein, who has only directed one other film, but has appeared in Saturday Night Fever and as a recurring character on LA Law.

Martin Yurkovic is simply brilliant in this film. He’s hilarious and offensive, while at the same time frightening. He chews up the scenary like the nothing I have ever seen. And by the time we get to Hedwig-esque run up to the finale, he’s simply breathtaking. 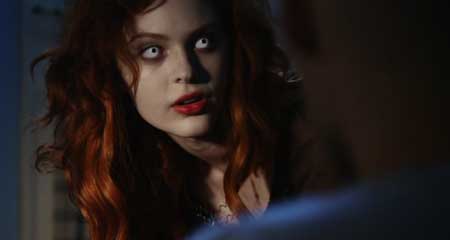 I should mention that he was also the writer on this film. His only other credit is an appearance on a tv series called Coversity, and for an actor with so little experience he really shines in this one.

Really, the entire cast are great. There are no weak links in this chain at all. Even the most periphery of characters are well played. The special effects and fight sequences are also well executed. While it has not restored my love for the vampire genre, this film has gone a long way to showing me that there is still hope for a fresh take on it.

Like any good horror/comedy, it transitions between the two perfectly. The comedic turns are hilarious, and the dark turns are totally tragic. It’s quite a ride.

So on a scale of one to ten, ten being awesome, I’m giving this film 8 wooden stakes. 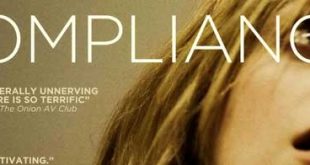