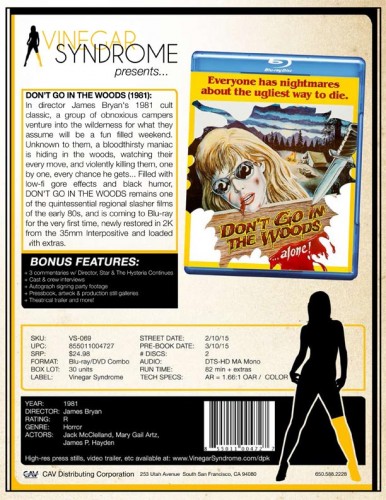 In director James Bryan’s 1981 cult classic, a group of obnoxious campers venture into the wilderness for what they assume will be a fun filled weekend.

Unknown to them, a bloodthirsty maniac is hiding in the woods, watching their every move, and violently killing them, one by one, every chance he gets… Filled with low-fi gore effects and black humor, DON’T GO IN THE WOODS remains one of the quintessential regional slasher films of the early 80s, and is coming to Blu-ray for the very first time, newly restored in 2K from the 35mm Interpositive and loaded with extras.

Tags Don't Go in the Woods 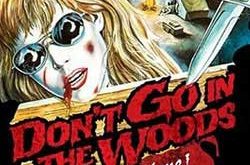 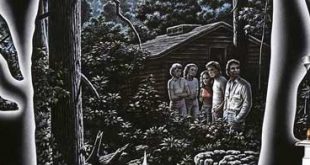