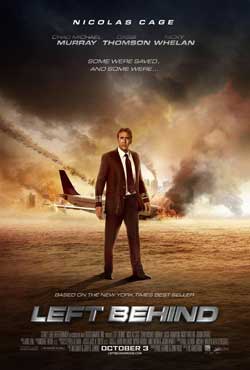 A small group of survivors are left behind after millions of people suddenly vanish and the world is plunged into chaos and destruction.

What would you do if you were left behind with Nicholas Cage while all the ‘true’ souls had been taken to heaven. Probably have a party because Cage is awesome and every loser/weirdo in the film Left Behind are the ones who are taken. I mean why wouldn’t you want to party with all the crazy sinners of the world…..this is the kind of film Left Behind should have been. Well it’s not, I’m not really sure how to describe this piece of poo other than just that……a piece of shit.

Left Behind tells the story of pilot Nicholas Cage who is flirting outside his marriage because his wife has turned into a religious nut. Well his daughter comes to visit him at the airport on his birthday (not before she sees him flirting with an air hostess) to give him tickets to see U2… the narrative is weird and lazy at best. Here she meets the always sexy Chad Michael Murray who is a investigative journalist where they talk about religion….because we the audience need a explanation as to where the film is going. Michael Murray boards the plane and the daughter goes back home to see her psycho bible loving mother. Then half way through all the innocent folk just disappear. You heard me correctly they just disappear. 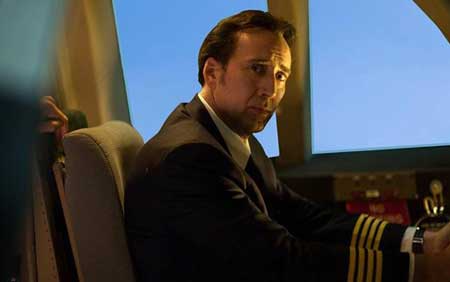 There is far too much exposition at the beginning of the film where characters talk and talk about nothing. It might have been a way to get to know the characters but with such lazy and poor acting who gives a flying F about these people. I know I don’t.

There are so many abysmal performances in this film that it is hard to pick my favourite. The daughter played by Cassi Thomson is the equivalent of a mop – so flimsy and useless one questions why half of the film is put onto her shoulders. Her performance is so blaze even when she reaches for melodrama. Ok I will stop picking on her. The passengers on the plane are also very silly going absolutely nuts when their children and others disappear.

One passenger, a angry dwarf becomes begrudgingly obsessed that a middle eastern man was the culprit who made them all vanish – because we all love a bit of casual racism. Once half of the passengers disappear Chad Michael Murray has his camera out documenting the disappearances working on his investigative skill. Oh Michael Murray how you have fallen.

The film ends up being a disaster movie once Cage has to land the plane all by himself without the other pilot. He seems to be on cruise control himself in this film, never really trying to make an effort throughout.

Then we have to come to the logics of the film and how all the ‘religious’ people are the ones who are saved. I know these films are based on a book but all the children disappear and the nut jobs with them and you have to ask is the film pro religion or against it because I sure as hell wouldn’t want my children with those nut jobs. The film does nothing with these religious themes and seem very odd when inserted into a disaster film. The film comes in at nearly two hours and couldn’t have ended soon enough. 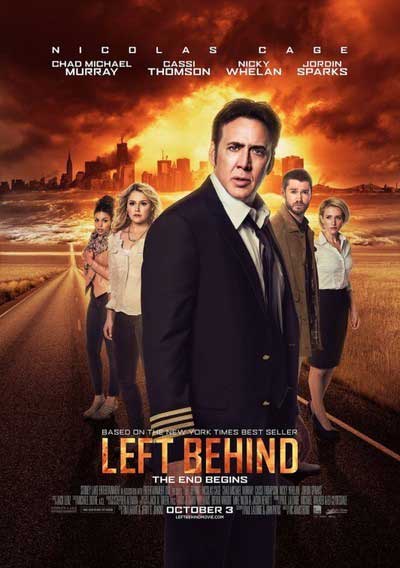 Nicholas Cage isn’t doing much good to cinema – he is becoming the C list action star who has seen better days. With a shoddy film like Left Behind it seems he is just playing the role to pick up the cheque at the end of the day. This isn’t just a wasted opportunity but a film which takes it self far too seriously to have any fun with itself.

I mean there are a few laughs but this barely plays as a horror or thriller and aims to bore rather than thrill. This film doesn’t belong in heaven or hell but purgatory for ever.