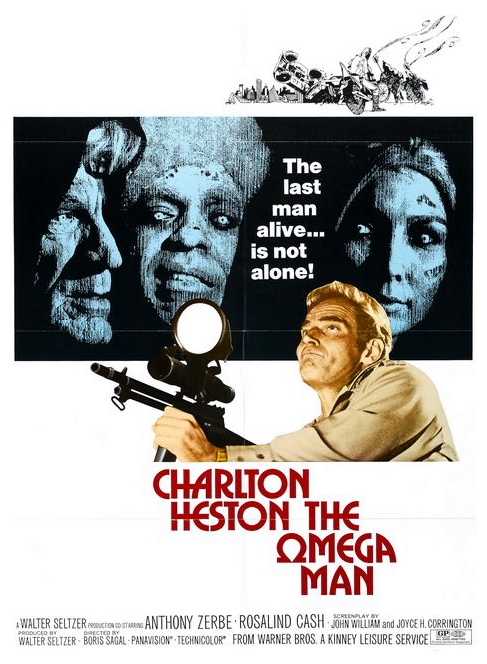 “Two years after much of humankind was destroyed in a global war with biological weapons, Doctor Robert Neville leads a solitary existence in Los Angeles. Those humans that do remain are pigment-less albino creatures that roam the night destroying what remnants that may exist of the previous civilization. Neville, who had worked on an antidote to the virus, is one of their main targets. By day, he searches for their nests while they sleep. He comes across a small band of survivors, mostly children, but which includes two adults. Having injected himself with his experimental serum several years before, Neville in fact may carry the immunities needed to reverse the creatures’ condition. The only question is whether he can survive their constant attacks long enough to prove it.” (courtesy IMDB)

The progress of science during the fifties and sixties had made the destruction of the Earth become an actual possibility with not only the atom bomb but also biological warfare. But it was thought the audiences of that era would live more easily with fantasy catastrophe rather than with a more realistic type of destruction. For every film trying to deal realistically with biological warfare, there were ten fantasy films about the ravaging of our world by invading extraterrestrials or monsters from prehistory. These dark and primeval fears of destruction proved so popular to both the literate and illiterate masses of the world that they eclipsed more factual futurist images of total destruction. Former box-office idol Cornel Wilde directed No Blade Of Grass (1971) based on John Christopher‘s excellent novel The Death Of Grass.

In the novel the catastrophe that wipes out most strains of cereal across the world is caused by a form of mutated virus but, in the film, chemical pollution is the suggested reason. No Blade Of Grass was a signpost towards two contemporary public obsessions that were often to surface in science fiction films during the seventies, pollution and the possibility of germ warfare, both of which tended to replace the atomic bomb as a source of exploitable material. One of the best films dealing with the threat to humanity posed by microscopic organisms is The Andromeda Strain (1971) based on the best-selling novel by Michael Crichton and directed by Robert Wise. Germ warfare also provides the theme for The Omega Man (1971) based on the novel I Am Legend by Richard Matheson. 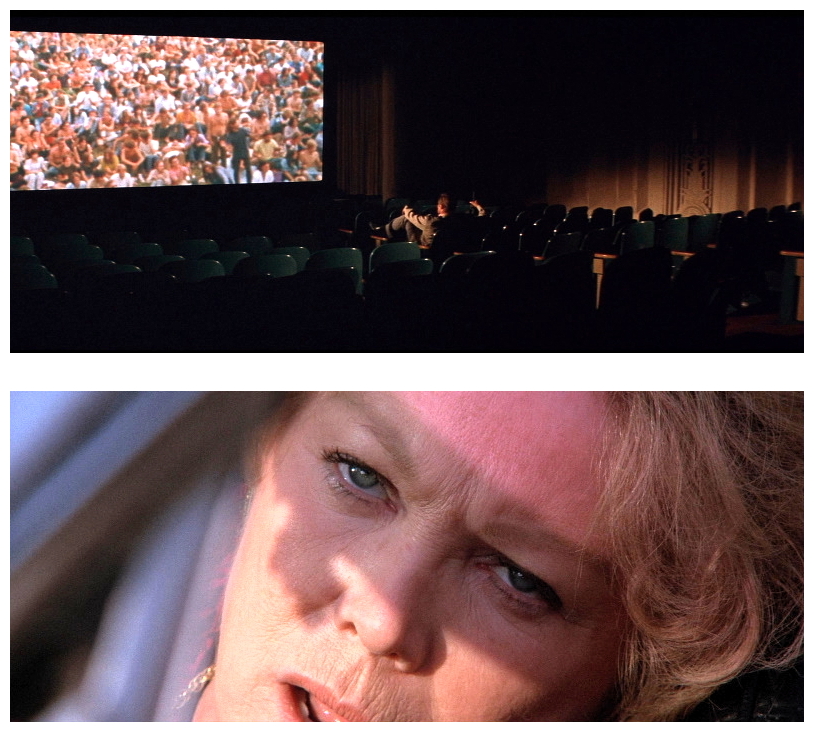 The screenplay was written by John William Corrington and Joyce Hooper Corrington – who later wrote Battle For The Planet Of The Apes (1973) and Killer Bees (1974) – and directed by Boris Sagal, a filmmaker more comfortable making television movies such as The Night Gallery (1969), Hauser’s Memory (1970), The Scarecrow (1972), Deliver Us From Evil (1973) and Sherlock Holmes In New York (1976). The original novel I Am Legend by Richard Matheson is one of the most paranoid works ever written, dealing with a man whose house is surrounded every night by a crowd of vampires who, if they aren’t trying to break in, spend all their time calling him by name. During the day he tries to find as many of them as possible, all of whom he dispatches in the traditional way, with hammer and wooden stakes, while they are asleep. 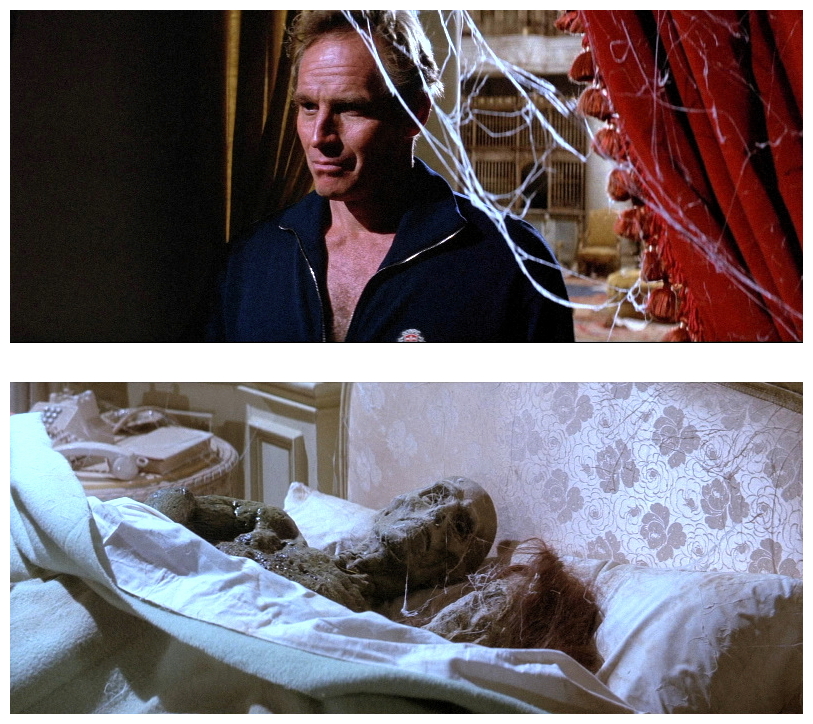 They aren’t real vampires, however, but victims of a plague that produces vampire-like characteristics. Eventually the protagonist is captured by the so-called ‘vampires’ who tell him before they kill him, that they represent the new race that will inherit the Earth, and that he now is the aberration in the scheme of things, the ‘vampire’ that must be destroyed for the common good. It’s a powerful, haunting novel but unfortunately little of it remains in The Omega Man. Actor Charlton Heston had read the novel on a plane returning to California, and decided there-and-then to produce a modern adaptation of the book, totally unaware of the 1964 film starring Vincent Price. The vampire element so crucial to the story is missing from The Omega Man altogether and instead the protagonist (Charlton Heston) is hounded each night by a group of hooded albinos who are apparently suffering from terminal eczema. 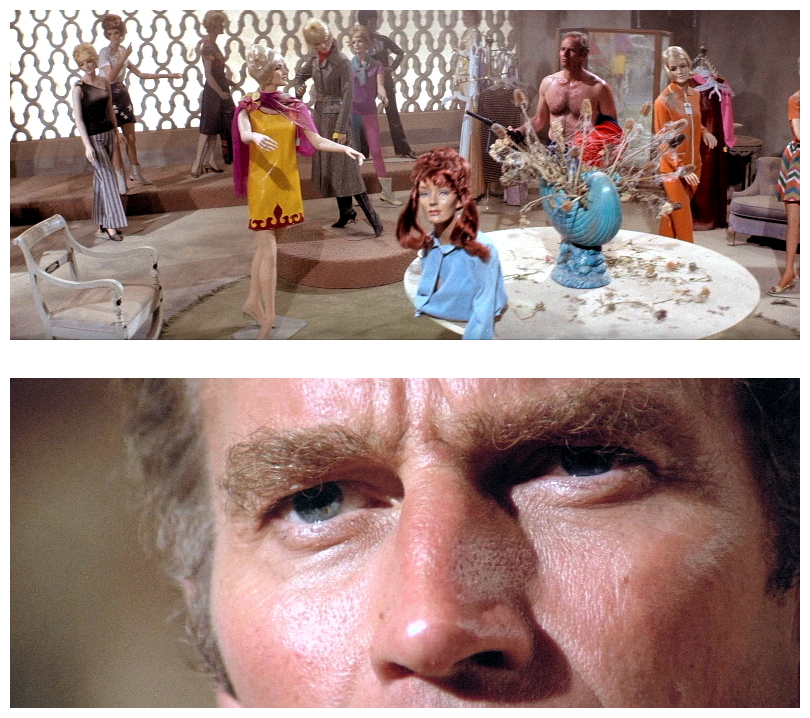 They prove to be the survivors of a bacteriological war between China and Russia which has wiped out most of human life on Earth (in fact China and Russia had some serious border skirmishes in 1969 that had many concerned about the possibility of an all-out war between the Communist superpowers). Heston has escaped the fate of the hooded albinos because he was able to inject himself with the last few drops of an effective antidote just in time. Some of the atmosphere from the novel is present in the scenes where Heston is isolated in his penthouse fortress while the hooded creatures harangue him from the street below, but the film changes direction a third of the way through and tries to become a James Bond-style action thriller with spectacular chase sequences, motorcycle stunts and so on. 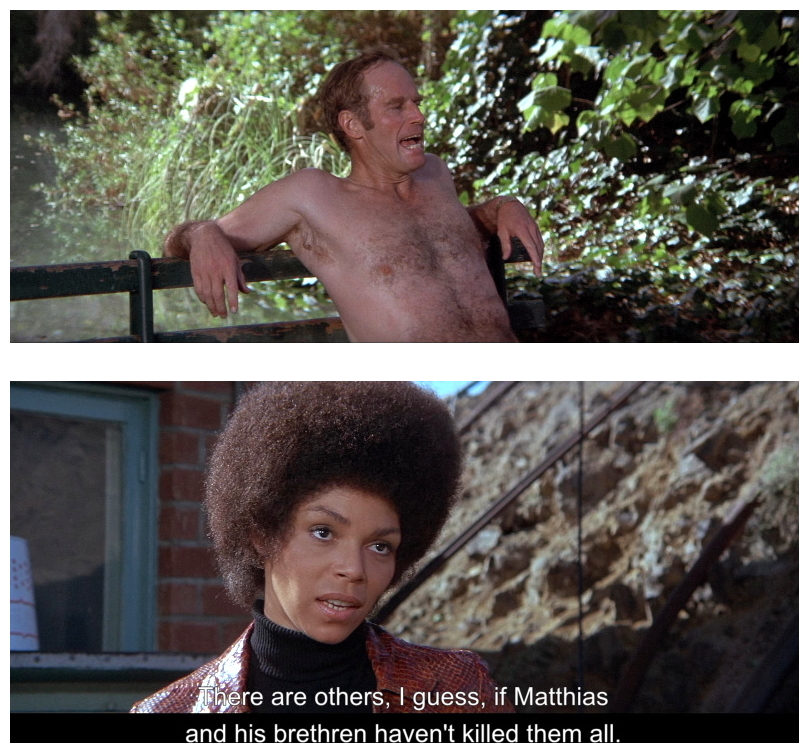 At this point Heston encounters an attractive young woman (a role tailored for Diahann Carroll is instead played by Rosalind Cash) and her group of young companions who are so far unaffected by the plague. To protect them Heston manufactures more of the serum from his own blood but, before he can escape with them, he is killed by the crazed albinos. He dies leaning against the base of a fountain, his pose subtly suggesting that of the Crucifixion: He may be dead but his blood will save the world. This was the second time I Am Legend was filmed, the first being a Robert Lippert production made in Italy entitled The Last Man On Earth (1964) and starring Vincent Price, but author Richard Matheson was terribly disappointed with both versions: “The first one was very poorly done, but at least it followed the book. The Omega Man bore no resemblance at all to my book so I can’t comment on it. I don’t know why they bothered really. I still think the book would make an interesting film.” 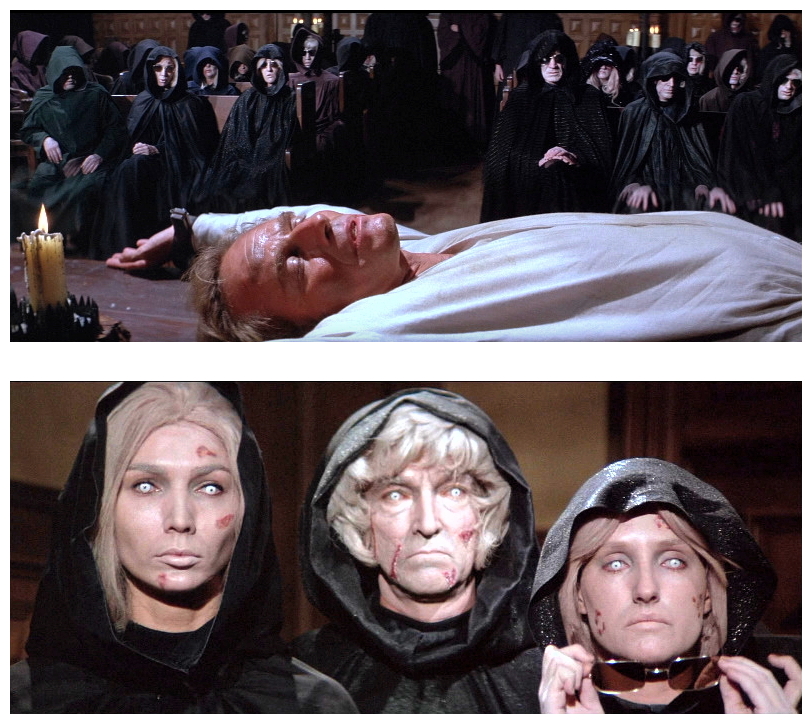 In fact the British film studio Hammer had contemplated an adaptation of the novel under the title The Night Creatures written by Matheson himself, but the project was ultimately deemed too graphic, floundered and eventually died in the mid-seventies, as did Hammer as a film studio. A third adaptation of the novel was produced, this time using the original title of I Am Legend (2007), directed by Francis Lawrence and starring Will Smith. The film credits not only the novel but also The Omega Man for inspiration, yet I Am Legend deviates significantly from both. In this version, for instance, the infection is caused by a virus originally intended to cure cancer, but some of the vampiric elements are retained, such as sensitivity to UV light and attraction to blood. The infected are portrayed as nocturnal feral creatures of limited intelligence but with superhuman strength who feed on the uninfected. Other creatures, such as dogs, are also infected by the virus. 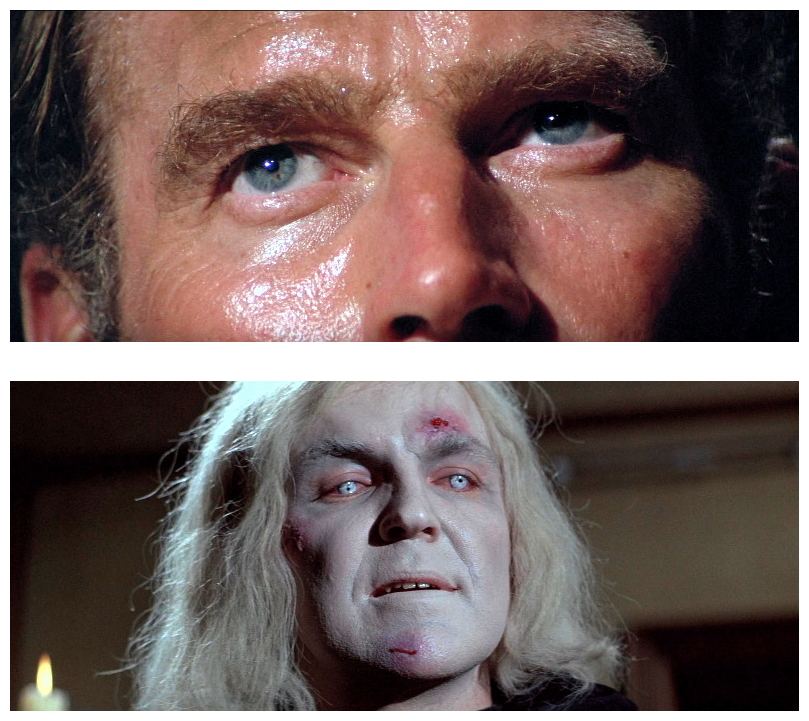 To make matters more confusing, two different endings were filmed: One in which the protagonist sacrifices himself to save humanity; the other in which he escapes to safety. The latter was screened in the USA while the former was screened in other countries such as Australia. Neither conclusion resembled the novel at all, in which our protagonist is executed for crimes against the surviving vampiric humans, making him the titular legend, a murdering monster amongst the new people of this new world. Another film dealing with germ warfare which was much less pretentious than The Omega Man, much nastier and also more fun was The Crazies (1972), written and directed by my old friend George Romero, but that’s another story for another time. Please join me next week when I have the opportunity to present you with more unthinkable realities and unbelievable factoids of the darkest days of cinema, exposing the most daring shriek-and-shudder shock sensations to ever be found in the steaming cesspit known as…Horror News! Toodles! 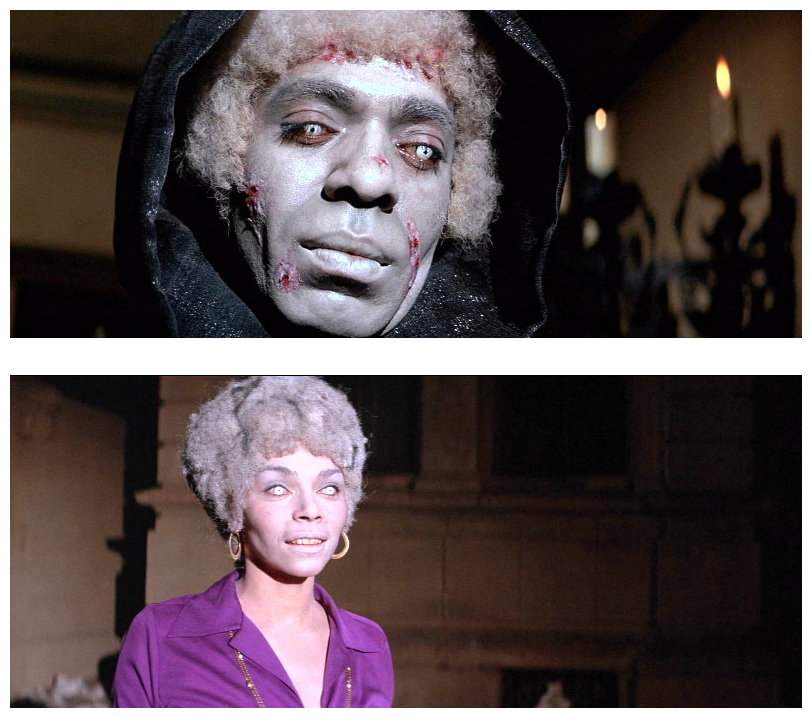