Occult and Ambition All in One in STARRY EYES new Release

An aspiring actress finally gets a role to die for in STARRY EYES, “one of the most exciting independent horror films to come out in a long time” (Michele Galgana, Twitch). The nerve-shattering film comes to Digital Download, Blu-ray and DVD from MPI Home Video on February 3, 2015.

Determined to make it as an actress in Hollywood, Sarah Walker (Alex Essoe, Passion Play, Boy Toy) spends her days working a dead-end job, enduring petty friendships with other struggling artists and competing actors, and going on countless casting calls in hopes of catching her big break. After a series of strange auditions, Sarah lands the leading role in a film from a mysterious production company. But this opportunity comes with some bizarre conditions that will transform her both mentally and physically into something beautiful … and altogether terrifying. 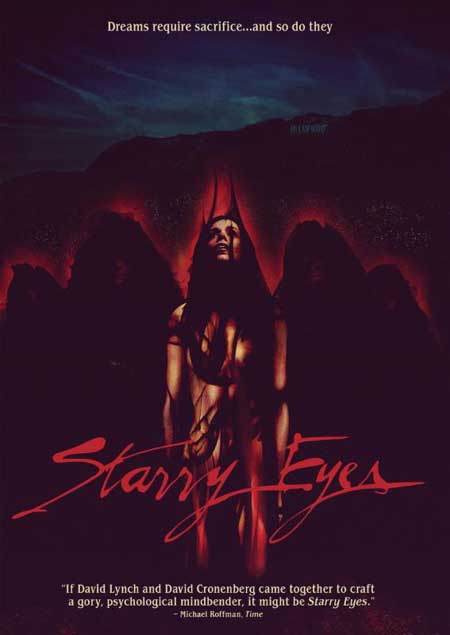 From the producer of Cheap Thrills and Jodorowsky’s Dune, Dennis Widmyer and Kevin Kolsch’s STARRY EYES is an occult tale of ambition, possession and the true cost of fame.

Entertainment Weekly‘s Clark Collis called STARRY EYES “a skillful combination of occult thriller and Cronenbergian gruesome-fest. Essoe gives a star-making performance.” “One of the best horror films of the year. … Brilliant and brutal,” said Meredith Borders of Badass Digest. “Terrifying,” said Time‘s Michael Roffman. “If David Lynch and David Cronenberg came together to craft a gory, psychological mindbender, it might be STARRY EYES.”

Special features on the Blu-ray and DVD include commentary with writer-directors Kevin Kolsch and Dennis Widmyer (who previously teamed on Absence) and producer Travis Stevens; 10 deleted scenes; a music video by the film’s composer, Jonathan Snipes; Alex Essoe’s audition video; a behind-the-scenes photo gallery, and the theatrical trailer. 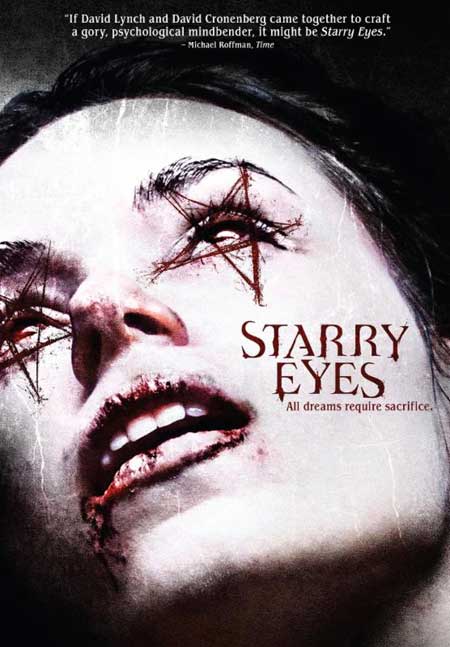 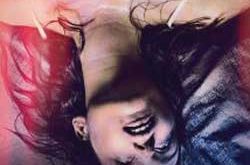 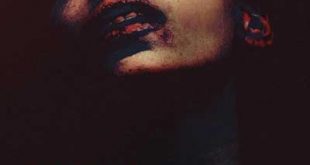