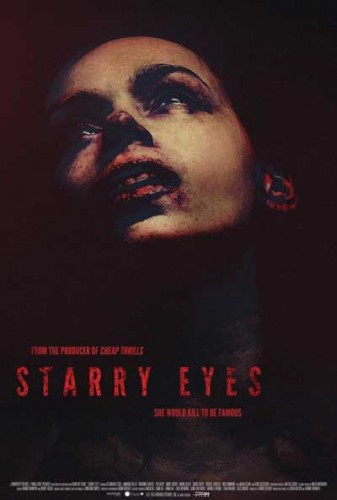 ‘Fame, it’s not your brain, it’s just the flame,’ a great philosopher once wrote, ‘That burns your change to keep you insane.’ And that slice of 80s new romantic song writing couldn’t be truer than in Starry Eyes, the latest from joint directors, Kevin Kölsch and Dennis Widmyer.

Alex Essoe (Boy Toy) plays wannabe actress Sarah, who is trying to achieve what any twenty-something wants to when they move to LA: make it big, darling! Her friends, a rag tag bunch of posers, directors and artistes, suffer from desires of stardom. And whilst one or two struggle with their muses, a few more see fame as an extension of simply getting people to flat out notice you. Sarah just wants to pass an audition.

Working at a knock-off Hooters restaurant to pay the bills, she has the determination and the chutzpah, but struggles when she gets on the casting couch. Her annoyance at her fluffed lines and stilted performances manifests itself into Sarah chastising herself by pulling out large chunks of her hair.

After a particularly awkward audition for Astraeus Pictures, a once powerful company having seen better days, Sarah is overheard punishing her in a toilet cubicle by the casting director, leading to her being invited to a second audition where she ends up writhing naked in front a spotlight. A third audition opens up the suggestion of what else she’s willing to do. Or should that really be who? It’s not long before Sarah’s life is prodded and poked as Astraeus begins to groom and coax their next big thing. 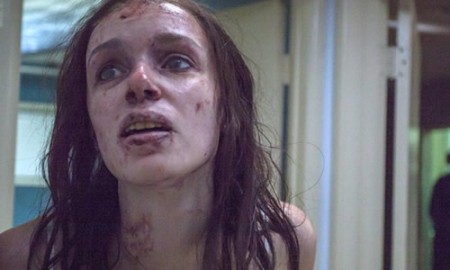 The narrative of obsession and how far someone is willing to go for fame is not a new one. However, these pacts with the Devil, so to speak, often lay down the consequences after the deed is done. In Starry Eyes, Sarah performs a gauntlet of body horror before she is even allowed to step foot in front of a camera. It’s a violent transformation that has the doe-eyed starlet shutting off her friends and family, and performing some pretty heinous acts.

No, the price of fame allegory isn’t subtle, but Starry Eyes more than gets away from it. Primarily because of Essoe’s performance, who is captivating throughout. Starting out as a naïve, cute, manic pixie girl, she believably mutates into a dead-eyed manic as the narrative rolls on. It’s no accident that the Starry Eyes is book-ended by Sarah inspecting her reflection in a mirror. Both occasions assessing what she is, where she is and where she wants to be. Equally great are her co-stars, in particular Louis Dezseran as the mahogany-toned sleaze who runs Astraeus. His time on camera may only be short, but the impression he leaves, like the perma-tan streaks in his shirts, lasts for a while. 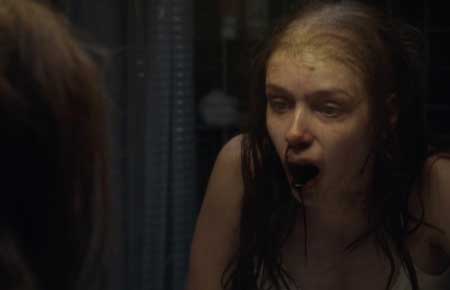 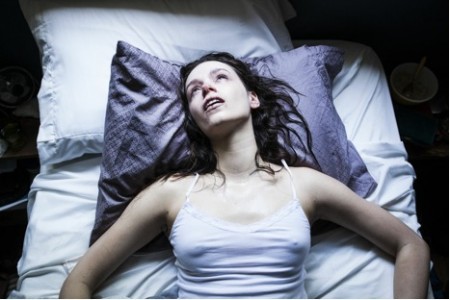 Equally, Starry Eyes is a beautiful film to watch, reminding me favourably of David Lynch’s Mulholland Drive, Cronenberg’s Cosmopolis and Jonathan Glazer’s Under The Skin. Make no mistake, its final act is a raw, bloody and confronting underscored by the audience never really being allowed to know what Sarah’s new employees are up to. However, there’s a calmness too. Like a person knowing they’re going to die and accepting their fate. Just like the Astreaus employees, the film is insisting that this is way it has to be, why struggle? Just relax and just enjoy everything that’s coming to you. That’s not too hard is it?

Those who seek to have their films wrapped up nicely may disapprove of the film’s sudden ending. It’s not ambiguous as such, but it does raise more questions than it answers. However, if, like Sarah, you allow yourself to be taken over, Starry Eyes is a thought-provoking and powerful film about the trappings of fame that also just happens to be a humorous body horror that skews the fringe-dwellers and hipsters of the LA scene. A stunning film that must be seen.