From director Jorg Buttgereit comes Nekromantik 2, the gore horror sequel to his 1987 classic Nekromantik. Monika (Monika M.) is a beautiful necrophiliac who lives alone in Berlin. By day she works as a nurse. By night she prowls through cemeteries while searching for fresh corpses. When she reads about the suicide of Rob (Nekromantik’s Daktari Lorenz) she finds his grave to dig up his body and brings it home. Mark (Mark Reeder) lives across town and makes his living dubbing “sex films”. After meeting Monika, romance blossoms and they fall in love. But all is not well in Monika’s world. Her relationship with Mark begins to falter and she has to make a final choice between loving the living or the dead. 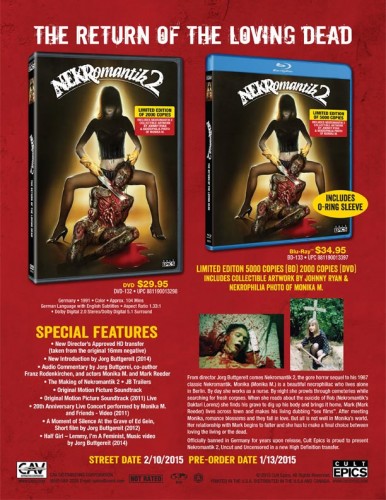 Officially banned in Germany for years upon release, Cult Epics is proud to present Nekromantik 2, Uncut and Uncensored in a new High Definition transfer. 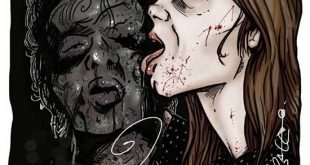 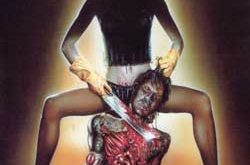