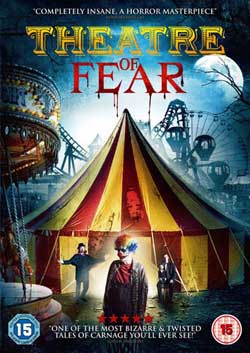 The Moreau Family travel around the UK putting on an underground variety show for an adult audience. But behind the curtain there is something more sinister going on than simple entertainment.

Theatre of Fear is a character study dressed as a horror film following the lives of a family that performs an indoors circus act while killing random people and dealing with their problems relating to each other and the world around them. 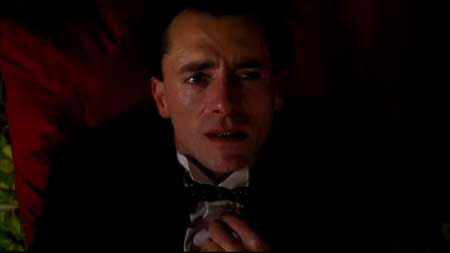 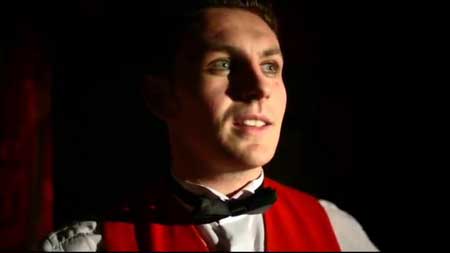 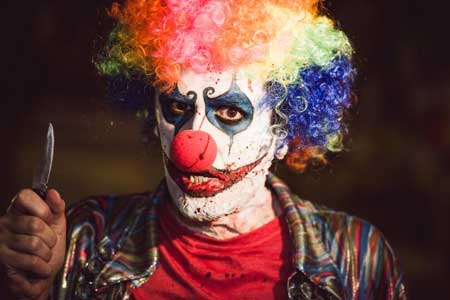 The Moreau family, led by their father Deimos, played by Jared Morgan, performs bit acts from what would contribute to a circus in a indoor act called “The Midnight Horror Show”. Janus, played by Lee Bane, is a ventriloquist with an obvious split personality, Trinculo the Clown is played by Nathan Head and suffers insecurity issues both from his appearance and his nice-guy attitude and the eldest children Apollo, played by Sam Harding, and his sister Venus, played by Shireen Ashton, do magic tricks and exotic dancing respectively while fighting over their father’s affection.

From the beginning we are introduced to the idea of The Midnight Horror Show and how it manages to lure people to their deaths and then disappear before anyone can make heads or tails of what had happened. From the terrible song in the opening credits playing out of something akin to Nickelback to the jaded and uninterested looks of the audience the film starts extremely weak and only builds from there.

Deimos is working over a volunteer as the introduction ends and then the movie cuts to him doing the clean up while Venus and Apollo bicker over work and effort. The scene plays up to a standard sibling rivalry that amounts to almost nothing before the film ends but the acting done in these scenes instantly blurs out the introduction and its audience.

Next, Janus the ventriloquist finds himself being addressed by a talent agent after the show, who is offering a chance at real fame. The problem here is the second personality of his dummy who is constantly berating Janus and forcing him into the deal despite his family. 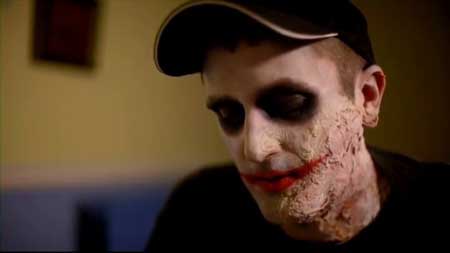 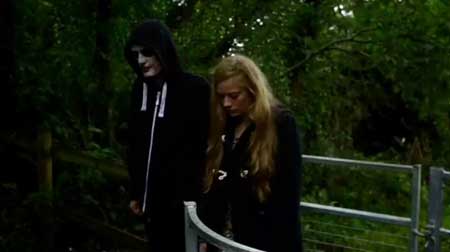 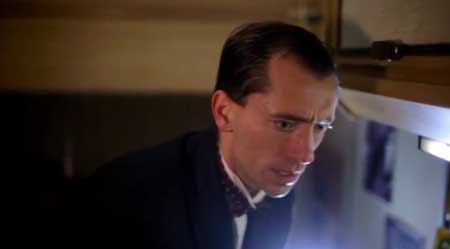 Then there is Trinculo, who manages to walk off until he finds a woman having an argument with her boyfriend. Jenny, played by Tiffany Ceri, seems to be in a typical abusive boyfriend relationship and when Trinculo comes to help by punching the boyfriend out she begrudingly trusts Trinculo and lets him walk her home.

Finally we have the plot in which a man named Duke Enright is hired to kill the family after a concerned father discovers that it must have been the Moreau family who killed his daughter and several others as they moved from town to town. Duke’s actions are played ruthless and with a twinge of enjoyment throughout the film and his character, while as plain as the others, does provide some over-arching conflict for events.

Of the other three conflicts between characters, the first ends in minor reconciliation between the concerned Deimos and Apollo as the whole time you are given the impression that Apollo can only fail and because Venus constantly works to prove herself to the family that Apollo cannot eve be given the chance to succeed.

Before this, however, the other two family members go through more gruesome trials as the focus of their desires bear ill fruit. In the case of Janus it is his dummy that sabotages him at a audition where he only manages to tell crude and offensive jokes that put off the casting call and due to this the agent has to let him go, causing the dummy to swear murder and Janus to breakdown until he lets the dummy take over and kill the agent and his wife.

With Trinculo the same breakdown happens after despite gaining a kind friendship and potential love interest with Jenny he walks up to discover her back with her boyfriend. This has Trinculo go into a rage and kill the boyfriend to free Jenny and then give him a shot with her which ultimately fails in tragedy. 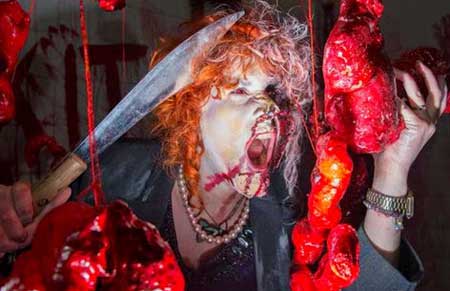 At last, we have Duke capturing a vulnerable Venus after she briefly shows stress while playing mother to her family. This leads to the whole family being captured by Duke and a crew of hired hands so they can torture and kill them in a similar way to how the family does their victims throughout the film.

By the end, the family gets the upper hand and kills their captors, but at a cost. Still, the show must go on and so it does with a closing scene from Apollo hoping that the audience enjoyed the show.

The film’s plot is thin and spread out across events in short, somewhat unnoticeable bursts and the characters themselves have stock horror-film-slasher personalities as far as their personal problems are concerned yet what shines through in the end is how the family relates to one another and how despite the horrible things they do and the choices they make somehow they still seem like relatable and understandable characters. 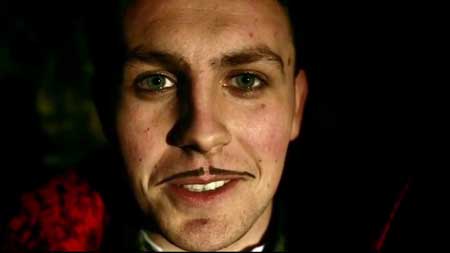 Each of the different interactions listed here have their own little twists that add interest to them and make the way the characters relate more interesting. These should be seen for oneself and with that the film is recommended for at least one viewing, though skipping through the opening credits is suggested as the closing credits contain the same information.