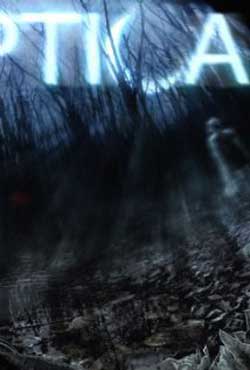 In the southern tier region of Western New York there is a dense wooded area known as “The Hollows”. Regarded as cursed by the Senecas, the region has been the site of strange lights, inexplicable sounds, countless disappearances, and brutal murders. This documentary includes footage found in “The Hollows” at an abandoned camp site. The individual who filmed these images has never been found.

I remember it was late one night, I was home alone and decided to watch ‘The Blair Witch Project’. This was only about three years ago and obviously I had heard the hype so I was skeptical to see if it would live up to my expectations. Seeing the film to the end, I was terrified. A feat very few horror films can do to me these days. It hit all the right buttons and gave testament to how less is often more in horror. ‘Optica’ directed by David R. Williams follows in the same vein of man going into woods and being haunted/hunted by unseen forces.  Yet the comparison ends there as Blair Witch this definitely ain’t!!! ‘Optica’ is bloody lazy, cheap film making. 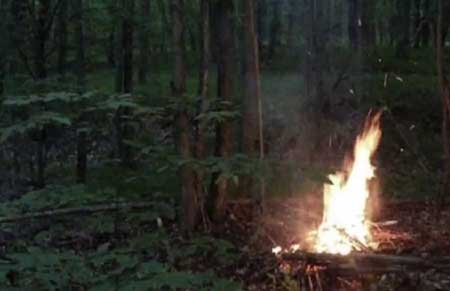 The plot of the film literally follows a dude who buys camera glasses (yes the film is found footage with so much shakiness and interference it makes ‘Cloverfield’ look like ‘Schindler’s List’) and gets lost in the woods. There is little to no other plot, character or narrative arc and we are stuck with this guy till the very end. The beginning of the film gives hints at it’s amateur nature. There is no little than seven title cards at the beginning explaining about the haunted woods called The Hollows and how spirits hide in the trees and hate humans. One card is followed by another and we sit through five minutes of text covering the screen explaining the film rather than showing. It’s overuse becomes a spoof by the end and then suddenly the screen cuts to a long haired guy called Chris trying out his new camera glasses. 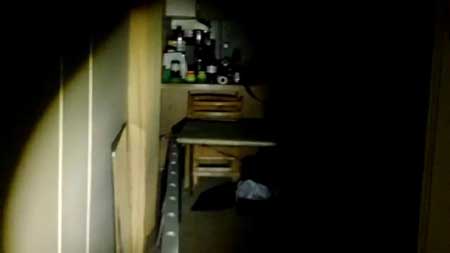 Chris goes for a drive and his car breaks down in the middle of nowhere. Obviously what you do in this situation is walk as far away from your car to go camping. Obviously. While in the woods he uses another camera and this is where shit get’s ridiculous. Through out the film we get the same scene shot from two different cameras and both shots are shown. It would be interesting if the scene had something happening in it by they don’t. The constant switch shows nothing new and does nothing for the film. It is obvious filler by the director who had no idea how he was going to fill up the 90 minutes that the film covers. 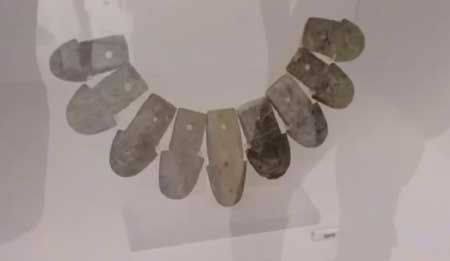 The audience gets a first person view of Chris walking through the woods for forty minutes. There is no horror, no story, nothing to capture the imagination just Chris singing songs like ‘All By Myself’ for laughs. I didn’t laugh. I find that this type of film making is disrespectful to an audience. It is lazy and Chris finding random objects like an oil well is not creating suspense. ‘The Blair Witch Project’ had little easter eggs through out and as the film progressed strange and creative set pieces were laid out to create the sense of dread – even if they were also just camping out in a forest. The makers of the ‘Blair Witch’ wanted to scare their audience whereas I have no idea what directer Williams’s objective was for ‘Optica’. 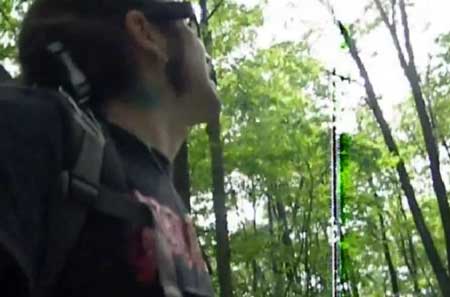 As the film enters its climax a few noises are heard and Chris’s fire goes out. He then ends up running through the woods with a torch arriving at a deserted house. Inside the house he finds ‘The Book of the Dead’ and I’m not kidding when I say it looks exactly like the one from ‘The Evil Dead’ (which made me wish I was watching that beauty instead of this garbage). Noises litter the background but still we have not seen anything and this is nearly an hour and ten minutes into the film. 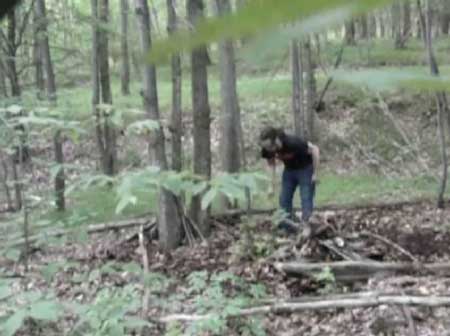 I saw ‘Optica’ so you didn’t have to. It’s boring beyond comprehension and a bit of a joke on it’s audience. If you decide against my warning and watch it be prepared to sit through an hour and a half of a long haired geek walking through a forest talking to himself. I can think of many more exciting adventures you could go on. 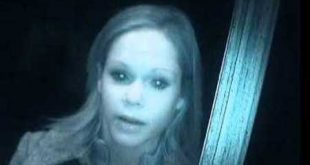