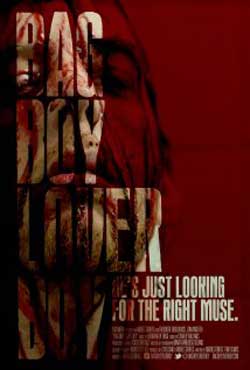 Meet Albert, an oddball hotdog vendor who is shocked to find himself suddenly becoming the bizarre muse of enigmatic NYC photographer Ivan Worthington. But shocks come his way, even more so when, amidst his role in Ivan’s disturbing photographs for which he poses, Albert finds out just how difficult it is to succeed in the art world, leading him to take some disturbing photographs of his own that suit his very unique – and very limited skill set.

“He looks like a f*cking bag boy from a deli in hell” is how lead character Albert is described in Bag Boy Lover Boy, the new film from director Andres Torres. And as played by Jon Wachter, Albert is an odd combination of a slow witted dullard & comedian Ray Romano, with a hang dog, wet noodle physique that only invites scorn. He works at an all night hot dog stand, and goes home to a small, windowless room with pictures of nude women on the walls, a bed & a lamp. He has no real friends, no real prospects, no real hope for anything more than he has right now. But all of that changes after he meets photographer Ivan Worthington (Theodore Bouloukos), who sees something special in Albert – something special & depraved. 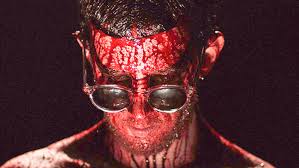 What Ivan sees in Albert is a subject for some especially exploitative & ugly photos, featuring Albert and an assortment of nude/semi nude women in varied states of distress. Upon learning that Ivan wants to use him in some photo shoots, Albert is eager to participate. But once he arrives at Ivan’s studio, the nature of the photos turns Albert off – at least until Ivan promises him that he’ll teach him to become a professional photographer (that and the money Ivan pays him). Albert believes that once he learns to become a photographer, he’ll be able to pick up women, especially Lexy (Adrienne Gori), who Albert has a major crush on. Soon afterward, Ivan gets an assignment overseas, and Albert takes the opportunity to practice his photography skills in Ivan’s empty studio by luring prostitutes & homeless women into the studio to pose for pictures. But Albert’s already feeble mind has been tainted by the memory of Ivan’s dark, twisted photo sessions, and the results soon turn deadly for his new found “Models”. 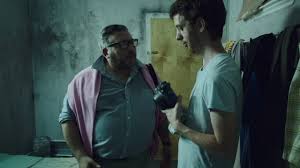 What makes Albert’s slide into depravity so intense, is the slow manner in which he goes about it. There isn’t a AHA moment where Albert suddenly realizes that he’s particularly evil or sick, he just calmly goes about murdering his models when they realize that they don’t like the photos he’s taking. Indeed, Albert never even raises his voice throughout the film – not when he’s being verbally abused by customers at the hot dog stand, not when he’s protesting what Ivan asks of him, not even when his models struggle with him. He just calmly goes about his business, without breaking much of a sweat at all, as if it’s all part of his normal day. Jon Wachter does a masterful job of embodying Albert, and he imbues the character with a sense of pathos that really touches the viewer. Yet at the same time, he gives Albert a cold callousness that comes forth in the latter part of the film. The genius of the performance lies in trying to decide who Albert really is. Is he a simpleton whose been thrust into a situation he doesn’t really understand, or is he a calculating madman that knows exactly what he’s doing and just doesn’t care? I’m not sure if Wachter actually suffers from the mental condition that Albert has, but if he doesn’t then he gives the best male performance in a horror film this year. He completely inhabits the character of Albert and is utterly convincing in the part. 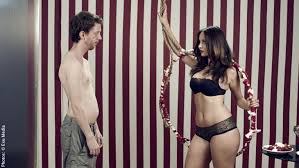 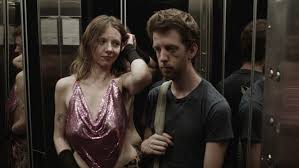 The other main character is Ivan, and Bouloukos plays the role to the hilt. He’s kind, friendly, understanding, sleazy, conniving & perverse – all at the same time. It’s so good a performance that I have to wonder what Mr. Bouloukos is really like as a person. He’s almost too comfortable here as Ivan and as the film continues and his character’s true colors come forth, he becomes just as repugnant as the photos he takes. Sadly, the female roles in the film aren’t as deep as the two male leads, but Gori gives Lexy a nice touch of sadness and a bit of hope towards the end of the film.

As written by Torres and Toni Comas, Bag Boy Lover Boy is a slow and deliberate take on the sleazy side of fetish photography and the people who participate in it. It looks and feels like a sick love letter to Abel Ferrara and the films he’s noted for, but that’s one of the reasons why it works so well. Filmed on the streets of New York City, Bag Boy Lover Boy is a true homage to the type of film that I used to watch during the 70’s in Times Square. But it’s a bit more intelligent than the standard 42nd street fare, and because of the callous manner/attitudes of its 2 lead performances – a lot more disturbing. 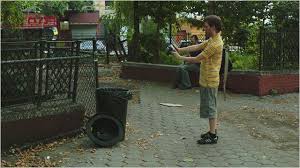 Although Bag Boy Lover Boy won’t overwhelm you with scenes of extreme violence (But there is a decent amount of bloodshed) or over the top performances, that’s not its intent. It’s a definite slow burn type of film that slowly, but inexorably gets under your skin. And once it’s there, it proceeds to create a nagging itch – the type of itch that you just can’t scratch, not without a whole lot of effort on your part anyway. It will linger with you after it’s all said & done.

And that’s just what a good movie, horror or otherwise, is supposed to do. 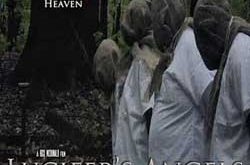