From international award-winning animation studio and production company Unanico Group, and visionary rock musician Brian May, a 3D phenomenon of 1860s Paris is unleashed on the 21st century.  In association with The London Stereoscopic Company, One Night in Hell is a devilish and spectacular animation short that tells the story of one skeleton’s journey into a stereoscopic Hell. 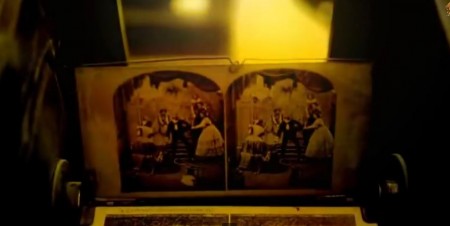 Using an innovative combination of CGI, 2D and stop motion animation, the film brings to life, for the first time, the Diableries stereo cards that have fascinated devotees for over 150 years and inspired the earliest film-makers, including Georges Méliès. Adapted from the book, “Diableries: Stereoscopic Adventures in Hell” by Brian May, Denis Pellerin and Paula Fleming, the film is a satanic 6 minutes and 66 seconds long, styled after the traditional Diableries stereo cards from 19th century France. One Night in Hell is directed by Jason Jameson and James Hall and the soundtrack features new music specially composed by Brian May.  The film’s sound has been mixed in state-of-the-art Dolby Atmos sound providing the utmost clarity, richness and detail in selected cinemas.

“My dream has been to bring these wonders of the 19th century into the present day, in a form in which they could be enjoyed by a new audience.  When Paul and his team first showed me a 30 second demo of their idea of animation, and for the first time, one of the skeletons came to life and banged a drum, I thought, here we have a very significant piece of magic which will engage a new generation in the 21st century. This has never been done before.” Brian May

“It has been an incredible pleasure working with Brian May on “One Night in Hell”. A skilled team of 3D and 2D animators, graphic artists and sound designers in our London studio have done an amazing job bringing the Diableries characters to life, and Brian’s score really shines.” Paul Laikin, Producer at Unanico

One Night in Hell Short Film and Deluxe Film Package

The short film package includes the full 2D One Night in Hell film in either the English or French version. It also includes an exclusive behind-the-scenes documentary, Diableries Brought To Life, in which Brian May, Denis Pellerin, Paula Fleming and the production team describe the inspiration behind the film.

One Night in Hell Soundtrack

The Diableries app is available to purchase exclusively via the App Store. The app provides an immersive, interactive experience, where viewers enter the world of the Diableries. The app includes 24 original stereo cards that viewers are able to explore in close detail by zooming in and out on the 2D images. They can also use the OWL stereoscopic viewer to explore the cards in stunning 3D. Users can see Diableries characters come to life through the Diabl-O-Scope augmented reality application. With the Diabl-O-Scope, users are able to interact with the “One Night in Hell” characters, record their augmented reality experiences, upload the videos they have created through Kamcord, and then share the videos on social media platforms. The Diableries app is available on the App Store for 1.99 GBP in early November. Android users will be able to experience the Diableries app in a subsequent launch.

Tags Brian May One Night In Hell 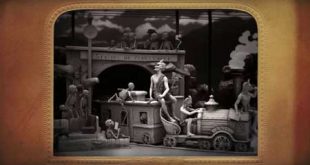