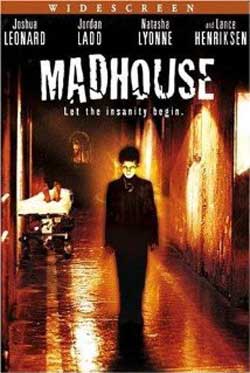 A young psychiatric intern unearths secrets about the mental health facility in which he works.

Madhouse is a horror/thriller which straddles the fine line between cliché and, er, non-cliché. Utilizing a cast of horror regulars, Director, William Butler (Gingerdead series, Disney Game On) does a pretty solid job with a pretty ho-hum script.

Young and hopeful psychiatric intern, Clark Stevens (played by Joshua Leonard), heads to Cunningham Hall, a madhouse run by the cold and mysterious Dr. Franks (Lance Henriksen). Clark has a can do attitude, and the worst hairstyle ever to be donned by anybody other than electrocution victims, something that doesn’t rub well with Dr. Franks who seems happy with the fact that he doesn’t want to fix his patients, just “maintain” them. 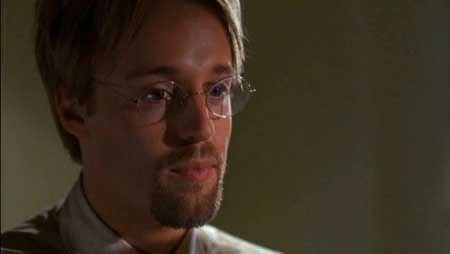 Clark acquaints himself with your usual crew of crazies, from your delightfully quirky patients, through to the shit smearing sickos kept in the basement area of the madhouse, complete with door view-hole glass that the patients can easily shatter and use as a weapon… OH&S is not paramount down there… Taking care of these patients are your usual crew of staff, from the quirky doctor, to the ball breaking head nurse and the resident sicko guard who belongs in the madhouse more than most of the patients taking residence.

Soon after Clark’s arrival the murders start and no one is safe. Staff and patients alike are being slain, and with red herrings plentiful, it’s up to Clark and cute nurse Sara (Jordan Ladd) to figure out who, or what, is behind the killings. Could it be Dr. Franks? Or maybe the ghostly child Clark and some patients see roaming the halls? Perhaps it’s the sicko guard? Or maybe one of the patients? Could it be Sara who suffers mild schizophrenia and takes medication for it? Or could it even be Clark himself? OR could it be—Just kidding, but that’s a lot of red herrings, isn’t it? 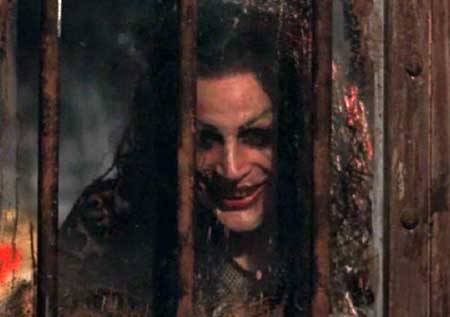 Madhouse is a very professional effort with direction, camera and sound work far superior than its straight-to-DVD counterparts. I was particularly excited by the intro hook, which involved quick cuts, strange sounds and disturbingly awesome imagery that had me hooked and excited to see the rest of the film. It’s a pity the rest of Madhouse didn’t live up to this.

Acting wise, bar Joshua’s monotone, unemotional delivery, was top notch. These actors are all professionals and it showed. They brought the script up a few rungs. If lesser actors were used, this would have been a laughable effort.

I know I touched on this earlier, but I feel the urge to elaborate further on the atrocity that was Joshua’s hairstyle in this film. Having looked at other photos of Joshua on the interwebs, I sympathize with the hairstylist. There was nothing they could have done to make his hair acceptable in any way… 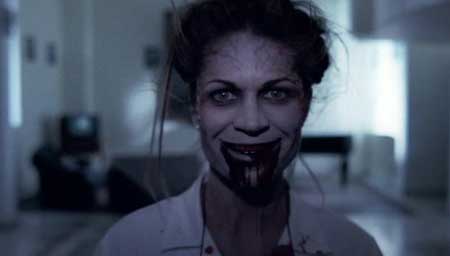 Story-wise, it dragged on to me. Clark was an uninteresting character, so I wasn’t invested in his story or struggle. I was more perplexed by his hairstyle than anything else… that and the transvestite sicko in the basement. Kudos to the actor playing that character, he did a fantastic job.

My main bugbear: There were just too many red herrings and they weren’t fleshed out enough. Most were revealed off-handed, with no effort from Clark to solve them. To me, that’s weak, redundant writing. Our protagonist needs to reveal the red herrings. At the very least, a character needs to reveal them. They should never be revealed just as a matter of fact to progress the story. The protagonist should be active in eliminating them one by one as this makes the story more engaging, makes the protagonist more engaging and makes the viewer more invested. Throw in a few plot holes and you have a pretty mundane script in my eyes. The (tame) sex scene and subsequent death of a particular doctor is a worthy mention of plot hole shenanigans… 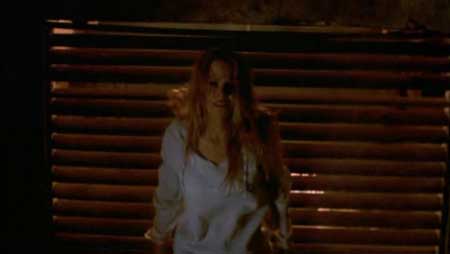 Madhouse is by no means a crap film. It’s serviceable and will actually entertain regular folk who don’t look into the mechanics of storytelling. For me though, Madhouse was a rather dull affair with nothing new brought to the table, a protagonist that was leaden and un-investible, and an unsatisfying ending that didn’t elicit the shock it tried hard to stimulate through its dull twist.