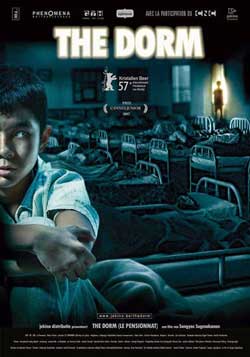 When Vivian, a college a social introvert begins to come out of her shell she realizes supernatural forces may be at play.

From the opening credits, The Dorm shows tremendous potential in unnerving a most unsuspecting audience. The imagery is gritty, claustrophobic and accentuates a substantial degree of disturbance. Ancient artifacts appear in subtle symbolism as we witness a barrage of sacrificial snippets of carnage and mayhem.

The lead protagonist Vivian (played by Alexis Knapp) provides a convincing performance. We feel her sense of depth in being alone and inability to fit in. Her borderline antisocial personality will resonate with many viewers. It doesn’t take long to get behind her struggles and want to see her achieve.

For the most part the characters interactions and dialogue is believable. MTV did a fair job of keeping up on contemporary slang and cultural references breathing a sense of authenticity to the production.

The soundtrack is a little on the irritating side and is reminiscent of house or dance music. It is somewhat unusual for MTV to cater to only one specific demographic. One cannot help but feel there are countless musical scores they could have gone with to appease a much larger audience.

Under cinematography the use of light and shadow is effective and seems to enhance the perspective of overall dread, doom and gloom. Wide angle panoramic shots convey a solid first person perspective, illustrating each of the senses of the would be viewer. Some of the scenes shot in the underground tunnels are noteworthy enhancing a sensation of darkness, claustrophobia and solidify the terror related aspects of imagery.

At first the plot takes a somewhat slower pace than many audience members would prefer. It’s a necessary evil that is justified however as we get to know Vivian’s dorm mates and it provides some back drop to the overall tale.

There are some instances that perhaps the college societal order is a little inaccurate. Through the juvenile innuendo we cannot help but shake that this is really just another high school flick in a different setting. It makes it difficult to buy into the characters and comes across as an insult to the intelligent audience.

When the body count finally initiates under mysterious circumstances the true allure behind the Dorm begins. While some may have been tempted to reject the viewing adventure by this point it is worth the wait to see the mystique begin to unfold.

It doesn’t take long after the fact for medicinals to enter the fray as Vivian has her first bout with hallucinations while her peers begin making cranks calls and mocking her sense of disoriented euphoria.

When the paranormal interludes commence each is depicted effectively with creepy voices, smoldering breath and billowing sheets. A special nod of recognition should go to the F/X department for illustrating such gripping good scare tactics. Ghostly images will prey upon the subconscious long after the final credits have rolled.

The plot thickens or escalates if you prefer when Vivian’s unrequited attraction comes into full bloom. It’s refreshing to see her succeed and is somewhat of a foreshadow of what turmoil may be unleashed.

A brief sex soiree comes across as immensely trippy, depraved and unnerving. Its evident something is dreadful awry on campus and as ancient as the concept of evil itself. When metamorphosis, talismans and symbols enter the fray the mystique factors are further enhanced.

Of course the heightened climax is when Vivian comes completely undone and we writhe in our seats to see what she does to rise above all obstacles in a struggle to return to some sort of semblance of normality.

The subtext of psychosis versus Albany versus conspiracy is an intriguing one and not often explored in current horror fan fare. The Dorm is clearly not for everyone but not a bad overall experience. The final climax is a little contrived or tongue in cheek but manages to work on an ethereal level for just the right demographic.

I would definitely explore further works from director Talalay and feel she has the potential to execute a most compelling terror tale. 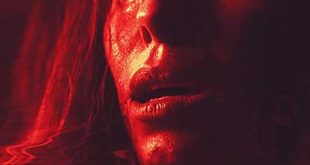 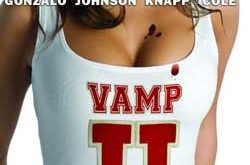