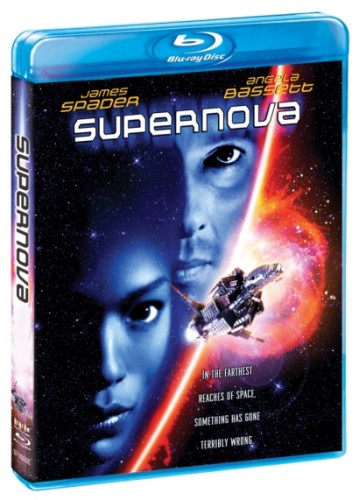 In the farthest reaches of space, something has been waiting…

Scream Factory has announced the release of sci-fi thriller Supernova on January 13, 2015. Arriving for the first time on Blu-ray, this release comes complete with bonus content, featuring The Making of Supernova¸ with new interviews with actors Lou Diamond Phillips and Robert Forster, producer Daniel Chuba and filmmaker Jack Sholder.

Beyond comprehension, beyond imagination and beyond the deepest regions of this galaxy…life as we know it is about to end! James Spader (The Blacklist), Angela Bassett (American Horror Story) , Lou Diamond Phillips (Bats), Robert Forster (Jackie Brown), Peter Facinelli (Twilight) and Robin Tunney (The Craft) star in this terrifying sci-fi thriller.

In the farthest reaches of deep space, the medical vessel Nightingale keeps a lonely vigil for those in trouble. When a frantic cry for help pierces the void, the crew responds with a near fatal, hyper-space dimension jump into the gravitational pull of a dying star. The disabled ship rescues a shuttlecraft containing a mysterious survivor and a strange alien artifact. Now the crew must unravel a chilling secret and escape the nearby imploding star before the rapidly forming supernova blasts them and the entire galaxy into oblivion! 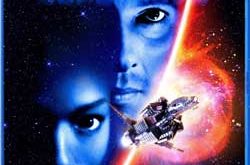