Many science fiction movies from the last 40 years have blazed new vistas for viewers. They’ve reached further into the future, traveled longer into the past, soared deeper into the vastness of the cosmos, and probed more intently inside man’s consciousness than any other period of film before. And audiences have eaten them up, taking four of the top ten spots in all-time ticket sales in America while earning more than $2 billion at the box office. 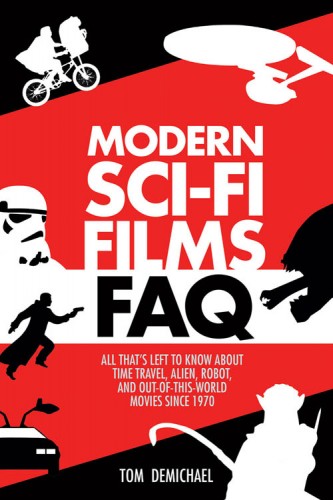 Modern Sci-Fi Films FAQ: All That’s Left to Know About Time Travel, Alien, Robot, and Out-of-This-World Movies Since 1970 by Tom DeMichael (September 2014, Applause Books, $24.99) takes a look at the genre’s movies from the last 45 years, where the dreams of yesterday and today may become tomorrow’s realities. This FAQ travels to a long time ago, in a galaxy far, far away; visits a theme park where DNA-created dinosaurs roam; watches as aliens come to Earth, hunting humans for sport; and much, much more.  Along the way, DeMichael surveys dozens of films, including ‘70s classics like A Clockwork Orange and Soylent Green, ’80 box-office behemoths such as E.T. The Extra-Terrestrial and Cocoon, 21st-century blockbusters including Minority Report and Avatar, and a few lesser lights, too.

DeMichael also takes time to look at the evolution of sci-fi spaceships and the at some of the masters of special effects.

Filled with biographies, synopses, production stories, and images and illustrations – many seldom seen in print – Modern Sci-Fi Films FAQ focuses on films that give audiences two hours where they can forget about their troubles, sit back, crunch some popcorn, and visit worlds never before seen… worlds of robots, time travel, aliens, space exploration, and other far-out ideas.

Tom DeMichael holds a degree in U.S. history and has published books and magazine articles on subjects as diverse as television’s greatest game shows, collectible toys, American firefighting, and American film, including James Bond FAQ, published by Applause Books. A devout student of cinema, as well as a special-effects makeup artist, he has never met a sci-film he didn’t like. He lives in Chicago. 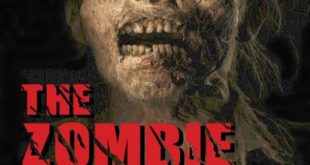