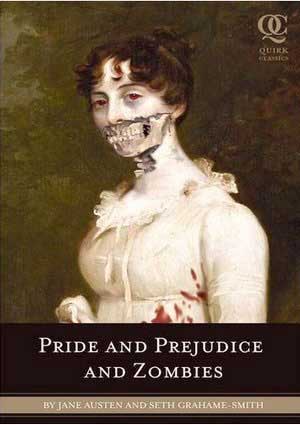 Pride and Prejudice and Zombies is a very amusing parody novel, which gives Jane Austen’s classic Pride and Prejudice a new horrific zombie apocalypse (and ninja filled) twist. I have not read the original Pride and Prejudice. As such, I unfortunately cannot give you an account of how the original compares to the new modern-day version. I can say, though, that I have heard on numerous occasions that while Pride and Prejudice is a classic piece of literature that all should read, it can be a very difficult and dry read. Grahame-Smith’s version definitely does a good job at eliminating that factor. With that said, what follows is a plot summary of the novel.

From what I have gathered from articles I have read about the book, the story keeps to the plot of Pride and Prejudice pretty closely; it follows the story of Elizabeth Bennet and her four sisters, who live in England’s countryside during the 19th Century. But, there’s a little twist: there is a plague overtaking England, turning the victims into brain-eating zombies.
Elizabeth Bennett lives in the town of Meryton on the countryside with her family, which includes her parents and four sisters (Jane, Mary, Catherine, and Lydia). Mr. Bennet determinedly trains his daughters in the ways of martial arts, with the goal of shaping them into the ultimate zombie-fighting ninjas; he wants to see his daughters excel as ninja warriors for their country. Contrarily, their mother wants quite the opposite; she aims to see each of her daughters married off to affluent suitors.

Soon enough, a gentleman Mrs. Bennet deems worthy enough for her daughters, Mr. Bingley, arrives in town after purchasing a house close by. A ball is held soon thereafter, where the sisters save the party from a zombie attack, and Mr. Bingley and Jane (the eldest sister) become very close. Meanwhile, Elizabeth meets Mr. Bingley’s friend, Fitzwilliam Darcy, whom she strongly dislikes, but respects for his ninja skills.

Mrs. Bennett’s plans seem to be put on the backburner when Mr. Bingley suddenly leaves the town and moves back to London. Soon after, the army moves into the town to help protect it from the zombie dilemma. George Wickham, one of the soldiers, speaks poorly of Mr. Darcy to Elizabeth, fueling her hatred towards him. Amongst other things, Wickham tells Elizabeth that it was Darcy’s fault that her sister and Bingley had been separated. Upon hearing this, she vows to take revenge on Darcy.

She is quickly given this opportunity when Darcy comes to her unannounced that very evening. Surprised by the visit, she is ill prepared to fulfill her warrior’s code of honor, as she did not have time to retrieve her katana. She is even more surprised by Darcy’s reason for visiting her: to propose marriage. Elizabeth is dumbfounded and begins to accuse Darcy of a long list of evil doings. She proceeds to fight him, but Darcy quickly escapes with his life.
Soon after, Darcy writes a lengthy letter explaining his actions to Elizabeth, in hopes of clearing up any misconceptions and thus winning her back over. In the letter, she finds out that Darcy broke up her sister and Bingley because he believed Jane had contracted the deadly zombie plague; he was merely trying to protect his best friend. Humbled by the letter, Elizabeth recognizes that she has misjudged Darcy. She immediately wants to inflict the seven cuts of dishonor on herself, if only she was carrying her knife.

Elizabeth travels cross-country to visit the town Pemberley with her aunt and uncle, where she encounters more zombies to slaughter. There, she runs into Darcy; they begin to rekindle their relationship. She is forced to leave, though, when she discovers that her younger sister Lydia is eloping with Wickham. The situation is settled in what is deemed to be the best possible way.
Bingley and Darcy return to the countryside, where Jane and Bingley renew their relationship. Elizabeth hopes to do the same with Darcy. But, Darcy’s aunt, Lady Catherine De Bourgh (the reputed best zombie-killer around), believes her daughter to be a better match for her nephew. Lady Catherine thus makes a visit to Elizabeth, threatening to fight her to the death. Read the book to find out who wins the battle and if Elizabeth and Darcy get married!

I am sure some immediately think that it is an utter disgrace to zombify such a classic novel; that to alter Austen’s story in such a way is to remove its original brilliance. Quite the contrary. What first appears to be a joke, surprisingly ends up giving new life to Austen’s novel. While still keeping the classic Regency-era romance tale of Elizabeth Bennett, Grahame-Smith’s version now adds some brain-craving undead and katana-wielding ninjas. If nothing else, the charming 19th Century language (i.e., the word “zombie” is never actually used throughout the entire book; rather, the undead are called “unmentionables”) in conjunction with the zombie killings and ninja fights is more than amusing. Hopefully this reworked version will prove to give the classic story a new, younger audience.
With 85% original text and 15% zombiefication, Grahame-Smith’s additions merge seamlessly with the original novel. The situations in the original Pride and Prejudice seem almost fitting for the addition of some undead to be ravaging the land. The author said it best in an interview with Time Magazine: “It’s almost as if Jane Austen was subconsciously setting this up for us…you have little details everywhere, like the fact that there are soldiers encamped near Meryton in the original book, for seemingly no reason whatsoever…the obvious thing to do in this case is to say that, well, they’re there digging up graves and burning bodies and fighting the unmentionable menace” (www.time.com/time/arts/article/0,8599,1889075,00.html).

The C.E. Brock (original illustrator of Pride and Prejudice) style drawings placed throughout the novel help to complete the story as a veneration of the original, rather than the act of literary vandalism some believe it to be. Some illustrations show detailed images of zombies feasting away on the flesh and organs of their victims. Other drawings show intense sparring scenes, leaving certain characters in compromising positions. Yet, another shows a blooming relationship as two characters kill their first hoard of zombies together. Underneath each illustration is a line from the novel, bringing attention to a specific occurrence in the story. One of my favorite lines is, “Two adult unmentionables—both of them male—busied themselves feasting upon the flesh of the household staff” (pg. 81).
With all those positive aspects about the novel, one negative point is that the book did move a little slowly at first. In the beginning, the zombie scenes are few and quick. It felt like a forced read; like reading Jane Austin’s original novel for an English class in high school—not the fun, undead-ridden novel the title implies. But, the story does pick up as the characters begin traveling from town to town, leaving more room for zombie infestation.

While proving to give the classic novel a new, modern façade, the novel can also stand on its own as a noteworthy piece of literature. As a strong-willed woman fighter, Elizabeth suddenly takes on new symbolization. The addition of the undead always lurking in the background, making those of the living terrified to travel, also brings new meaning to the story. To keep that mind active and thinking of all the possible symbolizations, Grahame-Smith has included a “Reader’s Discussion Guide” at the end of his novel.

The original Pride and Prejudice story seems to actually be a decent read in itself, from what I gather of it in the rehashed version. Imagining the story without all of the zombie killings and ninja fights, it still seems like an all around good read. I look forward to picking up Jane Austin’s original Pride and Prejudice in the near future to see what the “real” story is all about. I will make sure to let you guys know how it compares to Pride and Prejudice and Zombies. With that said, I leave you with the opening words of the novel: “It is a truth universally acknowledged that a zombie in possession of brains must be in want of more brains” (p. 7). 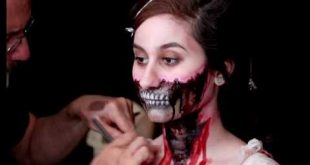 Watch Rick Baker Do What He Does Best….. 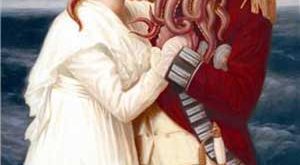 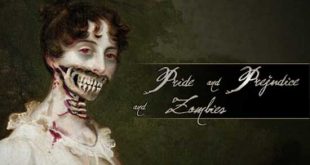 Natalie Portman NOT starring in Pride and Prejudice and Zombies