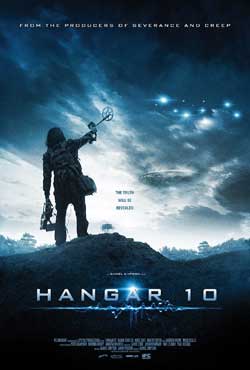 33 years after the infamous Rendlesham Forest UFO incident, three metal detector enthusiasts hunting for Saxon gold in the same region, capture incredible footage of UFO’s whilst filming their expedition. As night falls and with their navigation equipment failing, they find themselves facing a terrifying encounter with an unforgiving alien presence.

Cinema is a world filled with trends and trendsetters. Every few years, a movie comes along that changes the course of film. 1999’s The Blair Witch Project is one of those movies. Though not the first of its kind, it is the movie that popularized the found footage subsection of horror movies. It inspired many future entries in the horror genre. Whether it is a good thing or a bad thing varies depending on the person you are talking to. One thing is for sure: found footage has been a major player in horror since the release of The Blair Witch Project.

The upcoming (November 7) release of Hangar 10 is another in a long line of movies inspired by The Blair Witch Project, and one that stays very close to the blueprint set by the found footage classic. There are three people who set out on a trip to find treasure with metal detectors. They go to Rendlesham Forest, a place where there were reported UFO sightings a few decades earlier. While recording their exploits, the group begins to see and hear things. Will they figure out what is happening in the woods? That’s up to you to discover if you watch the movie. 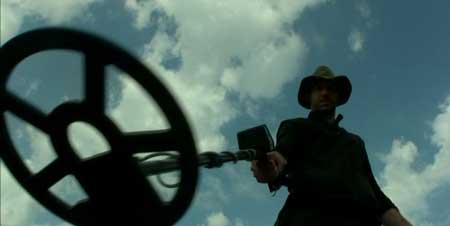 Hangar 10 starts off rather slowly. We watch the mundane events leading up to the trio going into Rendlesham Forest. We witness them as they pack up their belongings for the trip and we see as they walk through some dirt searching for Saxon gold with their metal detectors. There is Gus (Robert Curtis), the more serious guy who doesn’t believe in anything of the supernatural sort. Everything must have a terrestrial explanation. He is the one who has experience in metal detectors and this treasure hunting stuff. Then there is Sally (Abbie Salt), a woman going on her first trip to find things with a metal detector. Finally, there is Jake (Danny Shayler), the man who brought the cameras to record the expedition.

It’s not until the group travels into Rendlesham Forest that Hangar 10 finds a good, entertaining place to work in. Prior to that point, the movie is simply the mundane happenings of the treasure hunters. The mysteriousness of Rendlesham Forest helps to breathe life into the movie and make it intriguing in some form. As the characters experience the strange occurrences in the forest, you do as well. It is much easier to relate to this curiosity about the weird goings-on than it is to relate to people walking around with metal detectors. It is more eventful and adds some striking visuals. 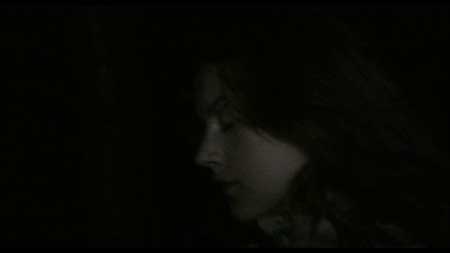 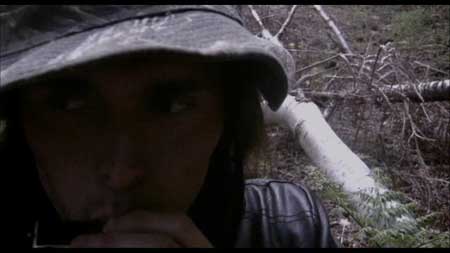 There isn’t much left to say about Hangar 10. It is your typical found footage movie. A few defined characters run around with their cameras shouting about the crazy things they are seeing. They point the cameras at the things and there isn’t really anything to witness. It’s exciting enough in a “Did you see that? I think I just saw something” kind of way but doesn’t really go anywhere further than that. Sure, it puts you in the same position as the characters. It makes you relate to them. And it is entertaining to an extent. Yet it never strives to be anything more than a semi-entertaining piece of first-person horror clouded in the mystery of not seeing things. 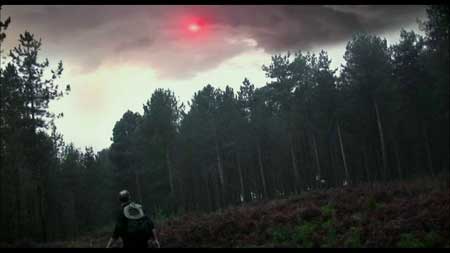 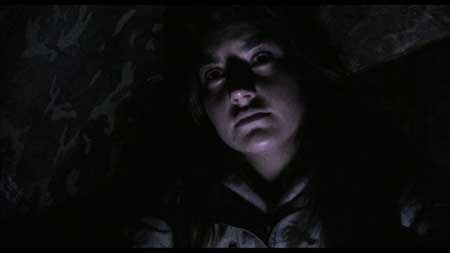 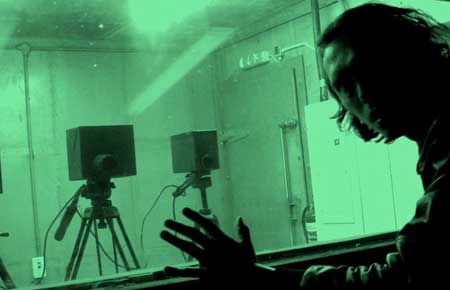 It’s difficult for me to think of anything to actually write about Hangar 10, so I’m going to just wrap it up now. The movie is not terrible by any stretch of the imagination. I have seen much worse than this one, even while writing for Horrornews.net. This one at least has entertaining moments and ends on a note that is rather interesting to think about. I wouldn’t say that you should seek this one out, though. I found it kind of fun to watch; however, the opening is very dull and the entire movie seems extremely derivative of The Blair Witch Project. But what do I know? I’m just some joker behind a computer screen writing about a movie because he wants to write. 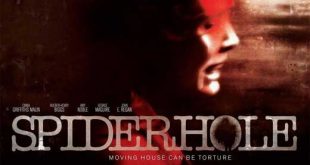