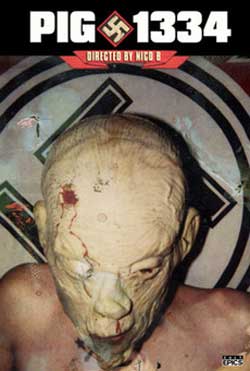 1334, a ghost story that reveals the haunting disturbances that began to plague the ones left behind following the completion of PIG (1998) and the death of Rozz Williams, where reality turns into darkness, with the effect upon no return, based on true occurrences.

“1334” is a 17 minute short film written and directed by Nico B. The film is described as “an exploration into the subconscious” using the discipline of underground filmmaking. The movie was inspired by the film “Pig”, the last project Nico and Rozz Williams worked on before Williams death. 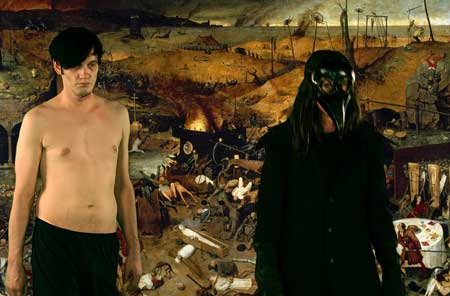 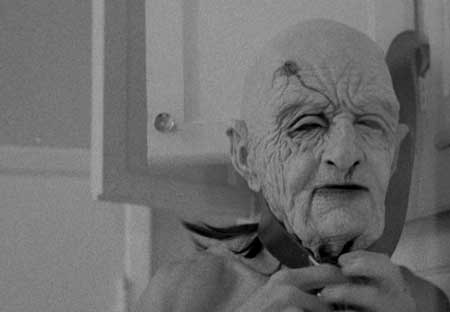 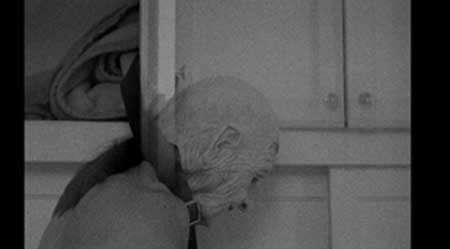 Like the film “Pig”, 1334 takes on a metaphorical and surreal take using concepts of the tarot. We begin as a tarot card “hanged man” is presented followed by a mask wearing individual taking his own life per strangulation. This begins a sequence of like scenarios often flipped back and forth between positive and negative footage shots. 1334 is a personal exercise explained as that of exorcising demons as we follow the sequences thru their introductory tarot illustrations. Shots of Rozz’s old apartment are blended into new footage after we’ve had a chance to see his found items art and Nazi memorabilia.

From here we get loads of imagery that are most likely meant to be subjective by the viewer as to their interpretation. An argument breaks out, a fanged woman retaliates, leading up to a death segment that welcomes a dark smoke cloud as a couple sits in conversation. Ultimately this segues into the last piece in which death greets our main character and escorts him into some sort of altered plane.

Scored to a equally abstract droning music piece, the whole experience feels more dreamlike than anything. This works to the advantage of the film often keeping it raw and coldly progressive suggesting an emotional interpretation over literal.

Most of what we see are the results of experimental shots and planned edits designed to make a statement about death and the beyond. The end segment was revisited more recently to take advantage of the intended FX opportunities that are easier to come by these days.