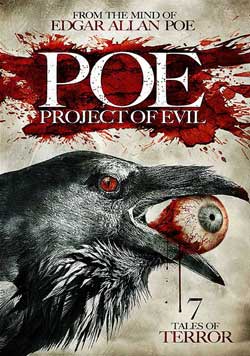 Following up the successful “P.O.E.: Poetry of Eerie”, some of the original filmmakers regrouped for this newest experiment which aims to bring the tales of Edgar Allen Poe to life through the distinct lens of Italian horror with spoken English. While the original film’s focus was the poetic and macabre dimension of the infamous Boston author, this sequel focuses instead on the bloody, violent and disturbing. Stories include ‘The Pit and the Pendulum’, ‘Solo’, ‘Loss of Breath’, ‘The Murders in the Rue Morgue’, ‘The Tell-Tale Heart’, ‘The System of Dr. Tar and Prof. Feather’, and ‘The Premature Burial’… Like you’ve never seen before!

I just want to start off by saying that when it comes to horror films, I’m not really into the art house stuff. That’s not to say that there aren’t movies of this nature that I do enjoy, but for the most part they just don’t appeal to me. With that said, POE 2 Project of Evil, is just one of those types of movies. It is actually the second entry, following up POE Poetry of Eerie, and is the same style format; an anthology where all the entries are based off of works by Edger Allen Poe.

This is not a new concept by any means, in fact two great directors came together and tried this on Two Evil Eyes (those directors are George Romero and Dario Argento), but it’s always fun to sit down and watch how others perceive his works, and how they can make them relate to the current decade.

Both of these Entries are shot in Italy, but in spoken English. The first POE took 15 directors and put together 13 stories, where this installment only has 7 but brings back 7 of the directors from the first movie to continue on.

I’m not going to go into every story in detail, mostly because I didn’t think they were all that interesting, but here’s a list of the Poe’s work that they chose to do; The Pit and the Pendulum, Solo, Loss of Breath, The Murders in the Rue Morgue, The Tell-Tale Heart, The System of Dr. Tar and Professor Feather, and the Premature Burial. The stories consist of everything from a P*rno actor who gets in a feud with another actor in the business, to a drug user who kicks the habit and goes to Tibet to get his life straight, to patients in a mental hospital who end up getting tarred and feathered, plus other stories that I couldn’t make much sense out of.

This is not to imply that there aren’t any good parts of this movie, in fact I really enjoyed the book ends of the movie. The first is Donatello Della Pepa’s interpretation of The Pit and the Pendulum. The short starts off with a man waking up in a completely white room, he doesn’t know where he is or how he got there, but the weight of his situation slowly starts to get to him. First he tries to contemplate how big the room is, this gives way to anger at the unknown, and sag ways into the man slowly losing his grip on reality. He cuts his finger open and is mesmerized by the red coloring on the white, unblemished room.

He likes this so much that he cuts his hands open even more and makes designs on the floors and walls. We are then shown the man behind the wall, the man who is running the experiment; he decides that the subject is ready for level 2. We are now greeted with a ticking sound; almost reminiscent of a grandfather clock, as a hole in the floor opens up. The man throws his shirt down the hole, testing how deep and even the authenticity of the holes being. As he ponders upon what to do, a loud noise starts to buzz in his head and some creature crawls out of the hole. Now is any of this real or the works of an uninhabited imagination? That’s the question, what happens in your mind when it seems like the end is imminent. 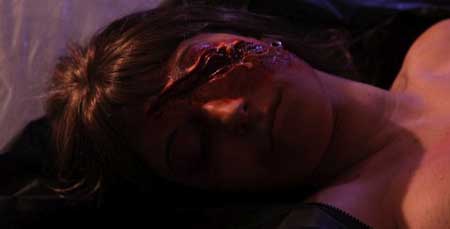 The last story is one that is much more simplistic, and I’m sure this is not the first time that this idea was done in this fashion, but it is the first time that I’ve seen it and enjoyed it. A man is stuck in a coffin seemingly buried in the ground. The only things he seems to have with him are; a lighter, his glasses, and a picture of him and his wife. Seeing this makes him need to get out of the coffin, back to his wife. He starts to claw at the lid, fingers bleeding but that goes unnoticed.

He breaks throw the lid and digs his way out of the ground. As he breaks free we watch as he is not the only one breaking free form their underground burial. Then it dawns on you, this is the beginning of the zombie apocalypse and you got to witness it from the zombie’s perspective.

POE 2 Project of Evil has its moments, but they just are too far and few between for my tastes, if you’re a fan of the art house, make your own interpretation, style then this is waiting for you. If you have seen both and would like more, then keep your eyes peeled for POE 3 Pieces of Eldritch, which is making its rounds in Italy right now, but not sure when it might find its way over to the United States. 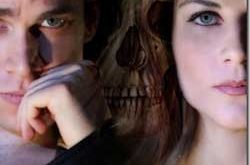 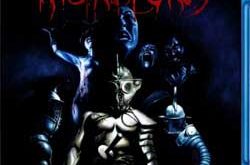 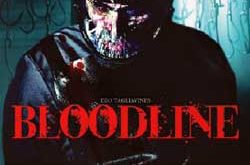 Film Review: Bloodline: Vengeance From Beyond (2011)