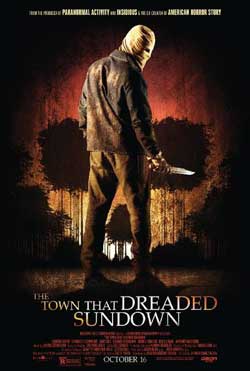 65 years after a masked serial killer terrorized the small town of Texarkana, the so-called ‘moonlight murders’ begin again. Is it a copycat or something even more sinister? A lonely high school girl, with dark secrets of her own, may be the key to catching him.

It was nearly 40 years ago when director Charles B. Pierce unleashed The Town That Dreaded Sundown to a unprepared audience. Originally produced for television, it told the true story of a psycho who stalked the town of Texarkana, Texas in the 1940’s. It was so effective that it received a theatrical release internationally and some of its images are truly frightening to this day. So imagine my disdain when I found out that Hollywood, in all of its wisdom, decided that the time was ripe to remake it. I just knew that it would be a PG/PG-13 kerfluffle, featuring whatever pretty faces could be scrounged up from the WB network, with nary a scare or a sense of dread to be found anywhere in its (hopefully brief) running time.

But I was so wrong…

First off, this isn’t a remake – it’s a sequel of sorts. I use the words “Of Sorts” because it has a decidedly meta groove to it. The town of Texarkana has moved past the infamy brought upon it by the murders, but every Halloween, the town holds an annual screening of the original film to remind themselves. The original events have pretty much faded into history, but the screening gives the townsfolk a bloody little nudge every year. Finding herself getting creeped out at the latest screening, Jami (Addison Timlin) asks her boyfriend, Corey (Spencer Treat Clark) to leave. They drive themselves to a solitary spot where they begin to canoodle, but a hooded figure emerges from the darkness and brutally murders Corey as Jami is forced to watch. The hood the murderer wears is the same one worn by the killer in the original film, and he allows Jami to live so that she can tell the town that he’s back. Jami does exactly as told, and the lawmen of the town start a manhunt for this brutal, new killer. For her part, Jami begins to research the original history of the killer in the hopes that she might find a clue as to his identity. But the killings continue, and Jami begins to think that she just might be next…

But the film is a lot deeper than that. Since it acknowledges the existence of the previous film, it acts as a little window into how the previous film has affected the people of Texarkana overt the years, and that offers a sense of self awareness to the proceedings – it’s almost like a less humorous version of Wes Craven’s Scream (1996). To add to the overall weirdness of the proceedings, Jami enlists the help of her grandmother, Lillian (Veronica Cartwright) & Nick (Travis Tope), a shy young man who works at the town archive. The three of them make up a kind of off kilter Scooby Gang that all have different ideas about how to proceed, but meanwhile the killer is still offing the townsfolk, and they don’t seem to be getting any closer to catching him. To make everything even stranger, at one point the gang approaches the son of the original film’s director, Charles B. Pierce Jr (Denis O’Hare), thinking that he might be responsible for the murders. The film is full of bizarre twists and turns like this.

Writer/Director Alfonso Gomez-Rejon takes what should’ve ended up being the typical, PG-13, pretty boy/girl claptrap and turns it into a smorgasbord of odd camera angles that are dramatically lit and slightly askew. It’s also extremely violent & bloody at times, which just makes it that much weirder – I daresay it’s almost experimental in nature. Cinematographer Michael Goi does a masterful job of making it all look gorgeous and comfortably rural at the same time but at times it feels like all of these cinematic flourishes are nothing but overkill. It pains me to say this because it’s rare when a horror film has this kind of look/feel to it, but sometimes a little bit goes a long way, and at times this looks/feels like something directed by David Lynch. And that’s going to alienate a certain section of the intended audience, it feels confusing sometimes.

Rejon has gathered a pretty good cast of genre stalwarts here. Anthony Anderson (Scream 4), Joshua Leonard (The Blair Witch Project), Edward Herrmann (The Lost Boys), Gary Cole (Office Space), Ed Lauter (Magic) are all featured in major roles. And since there seems to be some unofficial rule that Danielle Harris has to be in every other genre picture produced, Rejon cast her here in a blink and you’ll miss her part. 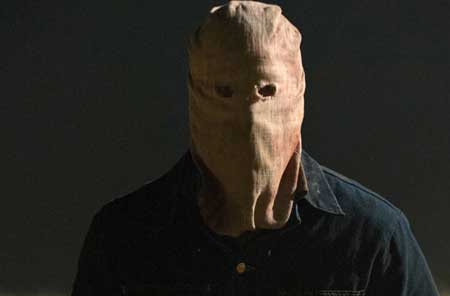 My biggest issue with the film is the ending. It’s a severe letdown, especially after all the genuine inventiveness that precedes it. Not only is it a letdown, but it’s silly and predictable to boot. It feels rushed and I found that to be odd since the film is chock full of red herrings and there are a number of them that would’ve felt less predictable and more satisfying – at least to me. But I was sincerely gobsmacked by how much I enjoyed this offbeat slice of film making, it’s so defiantly different and unexpectedly entertaining that it deserves a spot in my “Best Of 2015” list. It’s well worth the effort to seek this little gem out and witness one of the most surprisingly effective (& weird) flicks of the year.

The Town That Dreaded Sundown – 4 out of 5 shrouds. 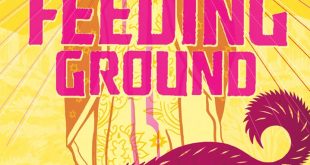