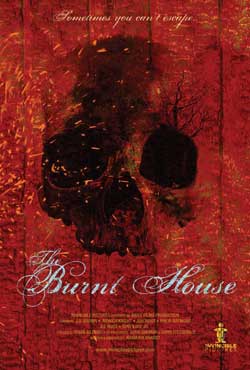 The Burnt House is the story of Megan and Joe, a couple who have recently experienced the death their infant son to SIDS. The tragedy has spawned a rift between the two and driven Megan into a secret affair. After Joe loses his mother to a heart attack the couple moves out to Joe’s rural childhood home seeking a fresh start. Once in the isolated home strange things begin to occur and long kept secrets try and dig their way out of the past. What happened on November 3rd? Will it happen again?

Around the underground horror movie as well as the horror convention circuit, the name Adam Ahlbrandt has been drawing more and more attention as of late. Cross Bearer has been getting a ton of great press, The Cemetery has people talking, and the amount of buzz that surrounds his upcoming projects is getting louder and louder. And for good reason; he’s bringing something fresh and exciting to American horror cinema. If you follow him on any social media, you’re sure to have seen a variety of gruesome stills from a variety of current projects. So let’s take it back a few years and talk about one of his early movies (the dude is young, so in the big picture, right now still is his “early” work, but I digress…). Let’s revisit The Burnt House.

The first thing I noticed about The Burnt House was the crisp picture quality, followed very quickly by the chaotic soundtrack, both of which made me start liking this movie before I had a single clue of what it was about. The fact that it opens with a vicious, bloody beating certainly helps to grab the viewer’s attention as well. As the story moved on, I appreciated its nightmare qualities even more. This has just as much of a ghost story/haunted house vibe to it as it does an emotional relationship drama feel, but there’s also plenty of mystery and horrifying imagery and some pretty intense gore, too.

Our main characters, Joe (J.D. Brown) and Megan (Monica Knight), have recently lost their baby to SIDS, and their relationship is suffering for it (as do many after the loss of a child). To make matters worse, Joe soon after finds out his mother has also passed away. Partially to take care of family business, and partially in a last-ditch effort to try and save their relationship, Joe takes Megan out to his parent’s house. This is where things take a turn for the (even) worse, as she starts to think he is losing his mind, and he starts to suspect her of cheating, and they both at least partly blame the other for their baby’s death. How can this be made even more tense? How about a series of quick intercut flashbacks, each showing different storylines that all culminate in terror on the date of November 3rd, a date we realize is right around the corner in the main storyline.

Like I said before, the aspects of horror featured in The Burnt House range from brutal killings to haunted house styled creepiness. There are distant screams, babies crying, sounds in the attic. A record player keeps repeating a Bing Crosby song, one that was Joe’s dad’s favorite, at least before he killed himself (and the song gets even creepier in the end credits, make sure to watch all the way through). By the time we hear the story of Joe’s childhood friend, Cotton, and what Joe saw when he was younger, and add in the flashbacks and the approaching date, pieces of the puzzle start coming together in a way that reminds us a little of The Shining. But even then, knowing what we know, are we sure that we know what we think we do? 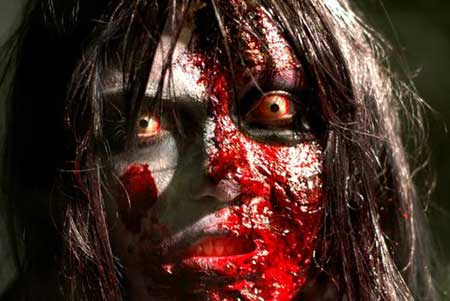 With an indie movie cast of actors and a very low budget, Adam Ahlbrandt manages to make an artistic movie that is scarier and more interesting and more intelligent than many Hollywood directors could create with an award-winning cast and millions at their disposal. We instantly feel for Joe and Megan, we sympathize with them, while at the same time fearing what they might do. Megan plays vulnerable and nervous, Joe plays stand-offish and detached, and we believe them both from the start. Ahlbrandt uses just enough quick edits in just the right spots so as not to make it look like a music video, but instead make us feel like we’re watching someone else’s nightmare, and it gets under our skin. There are a lot of little details to pay attention to (and many of them could be considered spoilers, which is why I’m staying so vague here), and the story works on many different levels. When all was said and done, not only did The Burnt House effectively creep me out, but it made me that much more excited for anything and everything this Ahlbrandt fellow puts his name on in the future, which seems to be quite a bit. And that is exciting in itself. 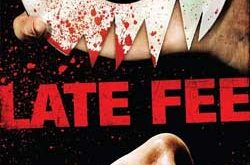 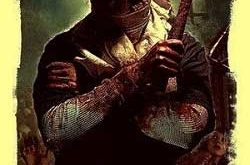