Interview: Michael Aloisi (THE KILLER & I: A REALITY SERIES with Kane Hodder)

When did you decide to start a reality show with Kane?

It sort of came about by accident.  People loved the book/blog about our adventures and as we were planning out a book tour, where we would be gone for months on the road together, I thought it would be fun if we filled it.  I suggested this to Kane and from there, the idea started. 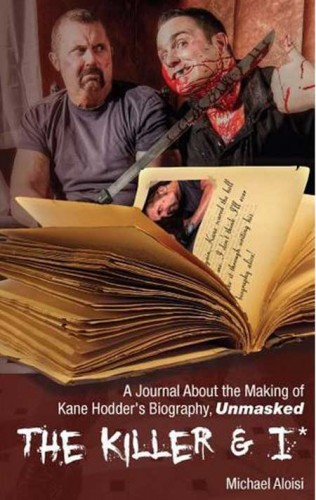 How has working with Kane influenced you?

The biggest influence or more so affect Kane has had on me is helping me be more confident.  With his encouragement, which comes in the form of making me stand on the edge of buildings or throwing a tarantula on my head, I have learned to not be as afraid of everything and to be able to trust myself more in a lot of situations.  That and his belief in my writing and work have made me a lot more comfortable approaching other celebrities and working with them.

Was it easy to do a comedy based reality show with Kane?

Yes!  While he might come off scary on screen, Kane is a natural joker.  Every since the day I met him he has been playing jokes on me, teasing and getting me in trouble.  Really, all we did was just film us being… us! 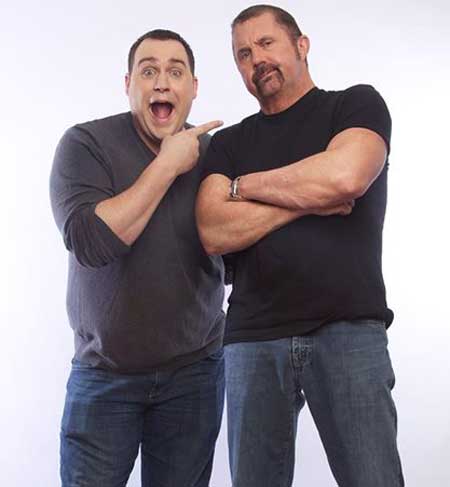 Could you tell us a little about your next project you are working on?

I’m currently finishing up Tom Savini’s biography, which is my main focus right now.  Then I’ll be starting Robert Kurtzman’s biography.  In addition, I’ll be releasing some of my own fiction and starting two new blogs.

THE KILLER & I was a successful book along with the journal. Do you plan on writing another book with Kane?

A sequel to the first book comes out next year.  Then after that, who knows, we are good friends, so I’m sure we’ll on something else together.  Hopefully another season of the show!

Tags Kane Hodder Michael Aloisi The Killer and I