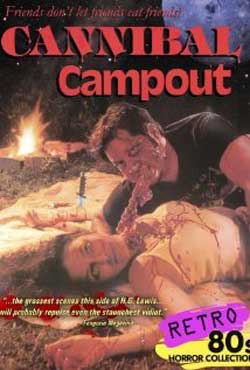 Four teens drive their van deep into the woods for an intimate party when they are attacked by a trio of backwoods cannibals.

When you think of cannibal movies from the 1980’s, you may think of Cannibal Holocaust, Cannibal Ferox, or even Anthropophagus, but you may not think of Cannibal Campout.   Most likely, this would be due to the fact that this is an ultra-low budget independent film created by a group of friends, with what appeared to be a home video camera. 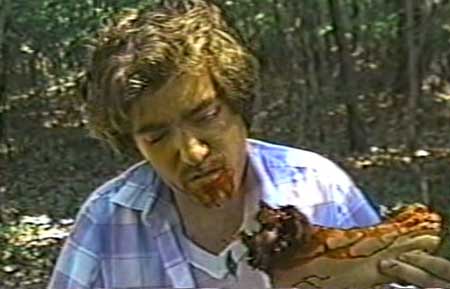 Directed by Tom Fisher and Jon McBride, who also wrote, produced, and starred in this movie, it tells the tale of a group of friends who take a van deep into the woods for a camping trip.  Sound familiar?  Sure it does, it was the 80’s.  Given what is supposedly a red herring tale by Ray (Ray Angelic) who talks of a family that was kidnapped and murdered in the area, the group of friends do meet up with two back water hillbillies who attempt to stop the group from getting to their destination.  What follows next is the classic chase scenes of so many movies that we have all seen multiple times before.

Mcbride and company seemed to be coming into their own while making this movie.  While not new to making movies (Mcbride’s previous movie Woodchipper Massacre, also made in 1988), they definitely had a lot of work to do to make this a believable, somewhat sad tale of friends being chased by cannibals.   While the acting left quite a bit to be desired, and the colors of the movie were lifeless, they did manage to pull of some decent gore scenes, although they waited until the last half of the film to get to any of that.  They managed some blood splatters, but you rarely see any weapon impact other than a couple minor scenes.  I would imagine this had to do with budget restraints.  They did show a lot of weapons already imbedded into body parts as well as the removal of those said body parts.  Nothing fancy but they did a fair job of hiding the fact that these were simple prosthetics. 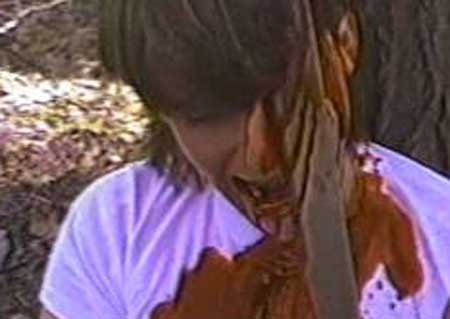 Now we can talk about a few of the stand out performances in this film, mainly the cannibals.

Gene, played by Gene Robbins, is the leader of this trio and while he doesn’t appear to be much of a leader, he is the top man for the job.

Richard, played by Richard Marcus (known for Tremors, Enemy Mine, and The Pretender), is the half-wit brother who tries to be too much like Chop Top from Texas Chainsaw Massacre 2.  He’s crazy, funny, and hungry.  Pay attention to his dialogue and you will hear lines from Monty Python’s The Holy Grail.  He also does something near the end that some may find repulsive. 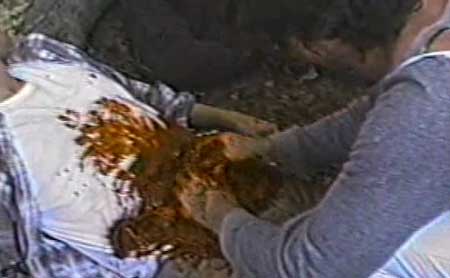 The final brother is Joe, played by Joseph Salheb.  Joe spends the whole movie wearing a fighter pilot helmet and never saying a word, leading one to believe that he is disfigured in some way.  The one very quick scene where he loses his mask, you will notice that, not only is he disfigured, but his disfigurement reminiscent of  the Toxic Avenger.

The group of friends is a cookie-cutter assortment; you have the jock, Jon (Jon Mcbride), his blonde girlfriend, Carrie (Carrie Lindell), the glasses wearing geek, Chris (Christopher Granger), and his girlfriend Amy (Amy Chludzinski).  Not much to say about this group except that you can find the same group in almost any slasher movie. 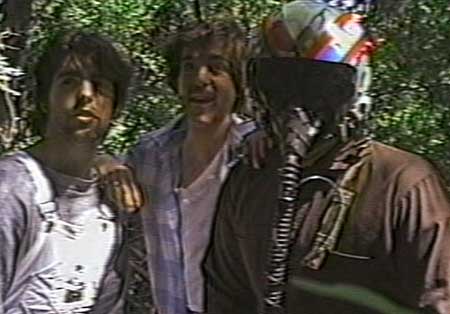 The one thing I noticed right away is they didn’t put much thought into character names.  Each character shares the same first name as the actors.  It seems like maybe they forgot that part in the writing and just figured it would be easier to use their own names.  Another thing of note that is actually left out of this movie that is stereotypical of the 80’s slasher movie is the lack of alcohol and/or drugs use.  There is one scene where Carrie smokes a cigarette but that’s all.

After doing some research on this movie after viewing it, I found, while the movie isn’t great, there was a lot of work done by everyone involved.   Most all of the actors not only acted, but also had a hand in making the film as well, either by working the music, singing the songs, production, or even camera work.  They put quite a lot of their own sweat in the making of this little movie. 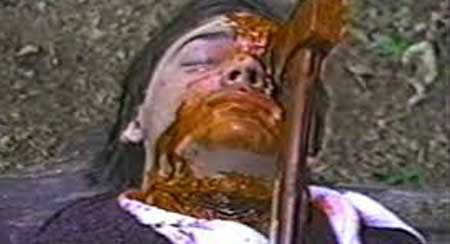 While nothing special, or even good, I have seen much worse movies that had a bigger budget than this one.  Give it watch even if you want a good laugh at most of the scenes.  I wasn’t as disappointed in this movie as I thought I might have been. 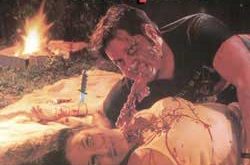