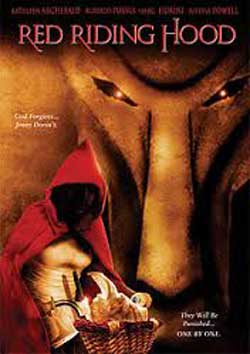 This evocative chiller from director Giacomo Cimini follows the fortunes of a young 12yr-old girl named Jenny (Francesca). Abandoned in Rome by her careless mother, Jenny has to fend for herself, with only her friend George (Simone) to help her. But their plans soon turn evil, with Jenny and George unleashing some diabolical activities on the citizens of the Italian city, with much bloodletting ensuing.

There are a lot of movies that have the title Red Riding Hood. The one that comes to mind for most people is probably the Catherine Hardwicke romantic horror film from 2011. Before that, there was a 2006 family fantasy film featuring Henry Cavill, long before he would become Superman. I will not be reviewing either of these movies. Instead, I watched a 2003 Giacomo Cimini directed horror movie about a vigilante girl and her dog. 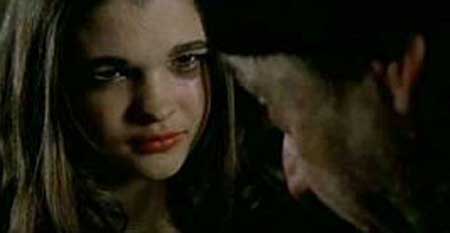 This version of Red Riding Hood tells the story of Jenny Mackenzie (Susanna Satta), a girl living in Rome who seeks revenge on people that she witnesses doing bad things. Her grandmother Rose (Kathleen Archebald) comes to Rome to take Jenny away after the death of her father. She refuses and instead becomes the big bad wolf, keeping her grandmother hostage until someone attempts to stop the horror. It is basically a retelling of the classic Little Red Riding Hood story, set in modern day Rome, where the girl sides with the wolf instead of against it. 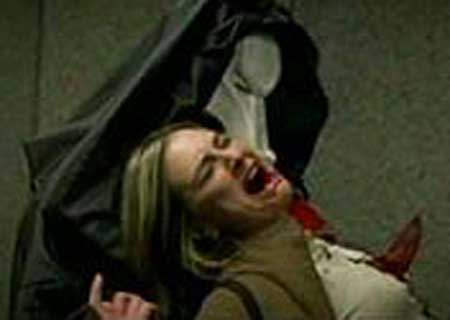 I knew I was in for a terrible movie the moment it started. I try to go into every movie with an open mind. I want them all to be good. But Red Riding Hood started out bad and only got worse as it went on. It began with a voiceover by Jenny, a twelve year old and the primary character of the movie. The problem with this opening narration was twofold. First, the opening music was overpowering and drowned out anything that was being spoken. Second, Susanna Satta is not a good actress and did not know how to bring weight to the words she was speaking. What she said did not captivate. It did not haunt. It was plain, old, boring exposition spoken in the voice of an irritating pre-teen.

Having a pre-teen as the main character in a movie can make for something great if done well. Jennifer from Red Riding Hood was not done well at all. Between the acting and the writing, the character became insufferable. She spent most of the time whining about not getting her way, and the rest of the time demanding things. It was as if I were watching a movie about Veruca Salt from Charlie and the Chocolate Factory, only with Veruca getting violent revenge upon those who don’t give her what she wants. Imagine that movie. It sounds painful, doesn’t it? It is. 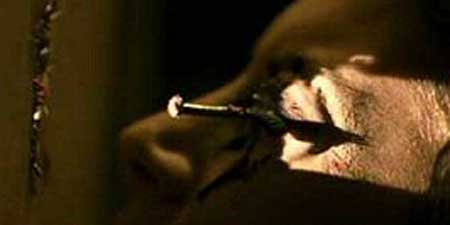 That is not to say that the initial concept of Red Riding Hood was bad. If the main character had been better rounded and not a needy, whiny brat, it would not have grated like nails on a chalkboard. Having a child take it upon herself to get vengeance for those who have been wronged is an intriguing idea. Adding in her dog as an aide in these retributions is even more tantalizing. Even having her be a bad person doing these things brings an interesting layer to it. But having the main character be so irritatingly annoying only helped to frustrate me.

Nearly as frustrating as Jennifer was the twist at the end of Red Riding Hood. It was a turn of events that I knew was coming from the moment that the movie began. There was a realization about one of the characters that was meant to shock the audience, yet seemed obvious from the outset. Instead of being revelatory as was intended, the reveal ended up being another plot point, almost meaningless to the story. It also led to one of the most memorably absurd final moments I have ever seen in a movie. The main character sings Que Sera, Sera with another character (who was introduced in the final scene) into the camera. Cue the credits. That’s a wrap. 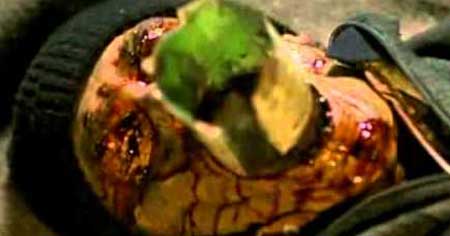 I had an absolutely horrid time watching the 2003 film Red Riding Hood. From beginning to end, it was a masterpiece of painful watching. The writing, the acting, and the ending helped to make it one of the worst movies I have seen in recent memory. Maybe an all-time worst movie. I would not recommend the movie to anyone. I wouldn’t even recommend it to my biggest enemy. Few movies have ever gone through me and left this bad of a taste behind. Congratulations, Red Riding Hood. You have made me regret watching a movie. You have reached the pinnacle that so few movies have before you. You are that bad. 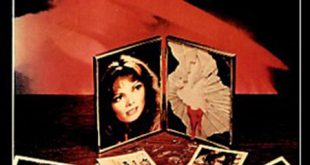 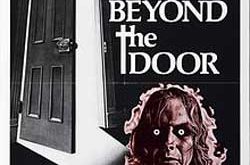