Love the title of this one – ‘Digging Up The Marrow’. It’s coming at us for Director Adam Green, the dude behind the ‘Hatchet’ films. He’s been pretty quiet on the directors front the last few years but he’s back on the horse and ‘Digging Up The Marrow’ is getting ready to make its festival debut and will do just that when it rolls out at the upcoming Film4Fright Fest.

“A documentary exploring genre based monster art takes an odd turn when the filmmakers are contacted by a man who claims he can prove that monsters are indeed real.”

As a promo to help get the word out about these festival appearances there are going to be a series of posters that will be distributed at the showings that will all lead up to the big official one sheet debut at some point down the road. Want to see the first pieces? 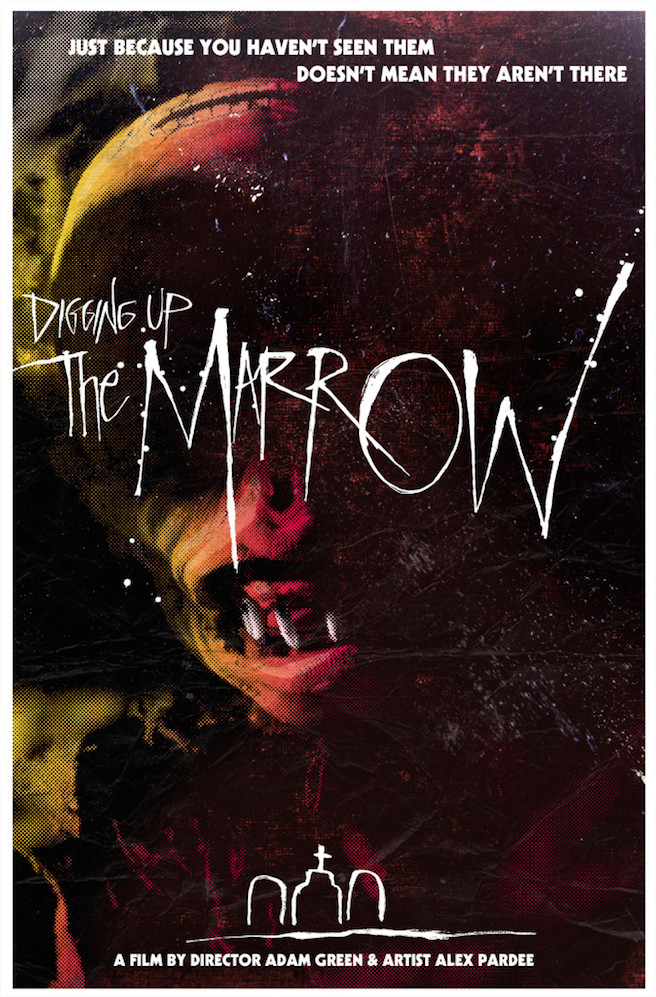