MOUNTAIN MONSTERS follows a team of expert hunters and trappers native to West Virginia called the Appalachian Investigators of Mysterious Sightings (AIMS) as they defend their mountain home from legendary local beasts like the Hellhound, Yahoo, Fire Dragon, and Hogzilla in an epic battle between man and monster.

In Friday’s monster-sized two-hour finale, AIMS heads back to Perry County to settle unfinished business with their arch nemesis from last season: the Ohio Grassman. This nine-foot-tall, 1,000-pound creature is a member of the Bigfoot family and no stranger to human interaction. Locals are reporting that this gargantuan beast has recently been venturing dangerously close to human dwellings, and the AIMS crew has no time to waste finding out why he is expanding his territory before someone is hurt or killed. With a heavy dose of courage and the help of local moonshiners, these Appalachian trackers begin to unravel the mystery of what the Grassman is and why he is becoming more dangerous with each day that passes… but one team member won’t make it to the final hunt. 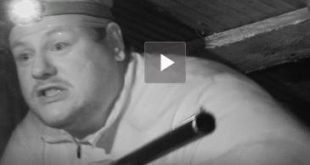 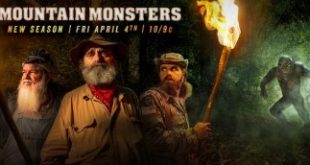