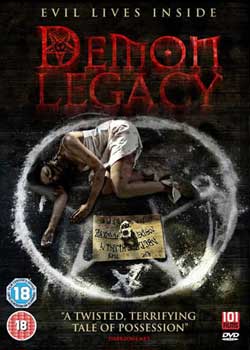 In a remote mountain lodge, five sorority sisters accidentally unleash an unholy entity, and must battle evil and each other to stop it from devouring mankind.

Take Evil Dead, inject the entire cast with sorority sisters, and slash half the awesome factor.  Now you almost have the monstrously flop-tastic Demon Legacy.  Hm, tastes poorly done.  The film does feature numerous homage-based subtleties to the forever cult classic Evil Dead, even going as far as to directly make allusions.  However, to put the two together in the same sentence in a crude attempt at comparison would only serve as a great injustice to Evil Dead.  The makers did obviously strive to channel Evil Dead’s alluring sense of demonic horror,  but they failed in this execution and concluded with another faceless, nameless, and forgettable horror movie—the kind that not only goes straight to DVD, but also to the bottom of Walmart’s DVD bin—cinematic purgatory. 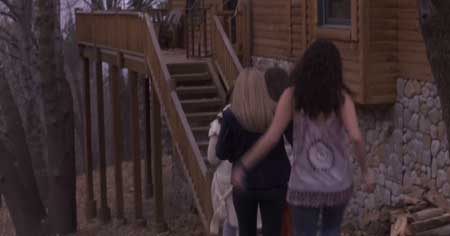 It had its merits—gratuitous nudity and classic campy fun.  These merits, however, fail to compensate for the movie’s lack of vivacity.  It seemed like writer Tracy Morse took from horror’s stock pile of archetypal characters, the partying promiscuous rebel, and decided to replicate just that character to assemble an entire cast.  Initially, the idea of an all-female cast comes across as rather commendable and somewhat fresh.  But fellow horror-head feminists, don’t get too excited.  If anything, you’ll want to kill all the characters yourself by the end of the film.  Whether for their absence of any redeeming qualities, or simply for their limited brain capacities, the director and writer painted a pretty poor picture of millennial women.  Rand Vossler and Morse could have chosen any type of ensemble of women.  He chose sorority girls.

This idea sets up for lots of hollow conversation and idiotic behavior—with an underlying emphasis on the vapidity and general incompetence of women (oh, and don’t forget the girlish squealing).  The method of this unflattering gender portrayal operates by capitalizing on stereotypes and clichéd situations.  It starts with a montage of spliced and scattered imagery bright with crimson gore and incoherence.  Michelle, the head of the soroi-slumber party, awakens from her prophetic nightmare and swiftly downs some jiggling capsules.  We then hear a man shouting her name from outside her window in an over-rehearsed scenario we’ve seen too many times.  He begs for forgiveness; she silently frowns and hurls his miscellaneous (and also extraordinarily meager) pile of items at him.  I mean seriously, who owns just a few shirts and a hockey stick?  A scorned woman, she devises a plan to alleviate her sorrows, the worst plan any character can devise in a horror movie—escape to a cabin in the woods with a rag tag group of friends.  What could possibly go wrong? 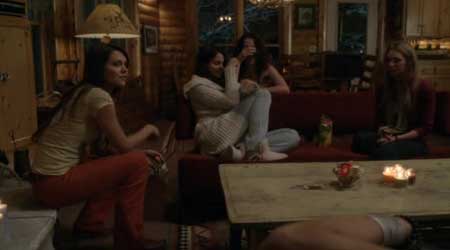 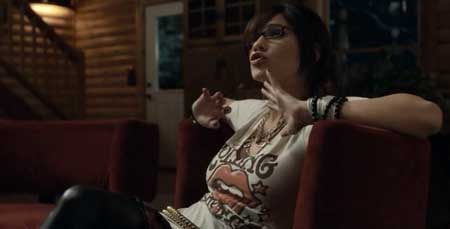 Well, after feasting on endless bottles of champagne topless in the hot tub (cause that’s totally what girls in their mid to late twenties do in get-togethers), Sharon, the wild card, surpasses everyone in the decision-making department and retrieves an archaic-looking Ouija board from the basement…from here, the events spiral downward in an incredibly fast-paced manner.  The continuity issues also greatly intensify.  The absurdity of some of these mistakes makes one wonder if they were intentional.  In its own paradoxical way, Demon Legacy really does display an endearing similarity to Evil Dead.  Both underwent production under the pretension of assuming a serious, horrifying tone, yet neither succeeded.  Instead, Evil Dead grew to become the satirical cult classic we know today.  With Demon Legacy, on the other hand, a similar fate is highly improbable. 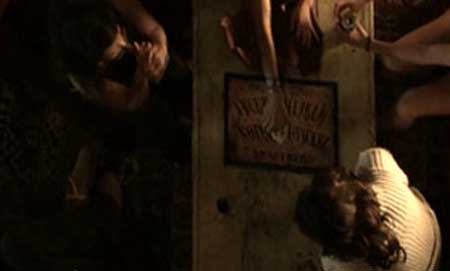 As previously mentioned, the movie is littered with continuity issues.  For instance, when the lights first go out (the signature beginning of any senseless creative carnage), the camera pans out to fully display the house, and one can obviously spot a window still lit…yea, I guess the demons missed a breaker?  Also, when the unpossessed commence furiously boarding the windows against the now demonic and twerking soroi-zombies, they curiously leave the doors unattended.  But to top them all, my favorite part had to be when the scruffy, creeper old man locked away in the woods vertically tosses an ax towards one of the soroi-zombie’s heads.  This motion, despite the commonly-known laws of physics, somehow decapitates her.  Brilliant. 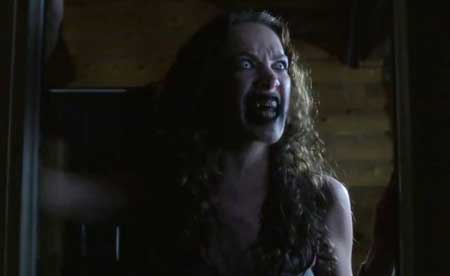 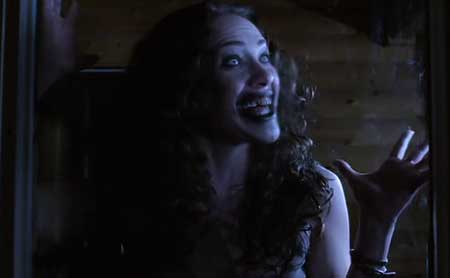 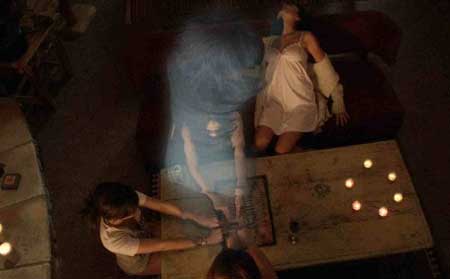 This accumulation of absurdity mixed with a nonsensical plot (flavored with slight misogyny) equates to one giant flop.  The makers obviously just wanted some eye candy for audiences when they cast this catastrophe.  However, even still, the gratuitous nudity isn’t as frequent as one looking for it would hope.  Perhaps with a different approach, preferably an actual female’s perspective (as the director and writer are both male), this movie could have been something great.  According to the IMDB page, after a prop Ouija burned, production underwent major setbacks and sudden accidents, causing the crew to “cleanse” the set of evil ju-ju.  Maybe the powers that be were trying to tell the producers something.  Demonic zombie horror should never clash with sorority sisters.