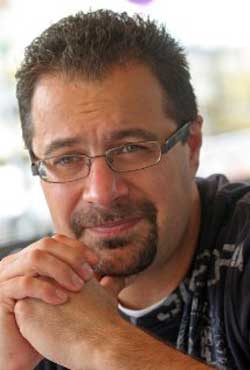 Director Peter Engert’s latest film, Aftermath, was something he wasn’t expecting to direct! He came onto the project after the previous director left (Because of “Creative Differences“), but there was a long slow haul to get the film in the can & distributed. The beauty of this story is that Aftermath is one hell of a good movie that combines good acting with a very downbeat, but engrossing, script. But none of this would’ve worked without Engert’s sure & steady hand overseeing the entire production. I managed to get him to sit down for a few minutes to talk with me about the process of bringing the film to the big screen.

Horrornews.net: Congratulations on making the feel good movie of the Summer!

HNN: Aftermath features a really strong cast. Did you have an idea about who you wanted in the movie beforehand or did you hold open auditions?

PE: I was hired to direct the film literally 4 days before the start of principal photography, so the budget, screenplay & cast were already set before I came aboard. I was familiar with the script to a small degree because I had worked with Christine Kelly (Who plays Angie) on another film previously and she had told me about it. But I knew none of the other actors, so when I finally met the rest of the cast I wasn’t familiar with how they worked or how they were planning to approach the material. But eventually I found out that all of them approached the script differently, so I tried to work with all of them and leverage what information I had to find the best chemistry between all of us.

HNN: So there was another director on board before you were hired?

PE: There was another director but there were some problems with him. Luckily for me some of the producers had worked with me on my previous project so they were familiar with the way I worked and I was between projects at the time. So they called and asked if I could take over the project and since I trusted them as they trusted me, I accepted. This of course, led to a lot of pressure on my end, but we had a well prepared crew and everyone was very supportive. The previous director had taken the director of photography along with him so I needed a new one & luckily for me, Scott Winig was available and the two of us became a really good team. We had to wake up four hours earlier than everyone else to complete all of the pre production work but during the day I worked with the actors. It was very challenging. 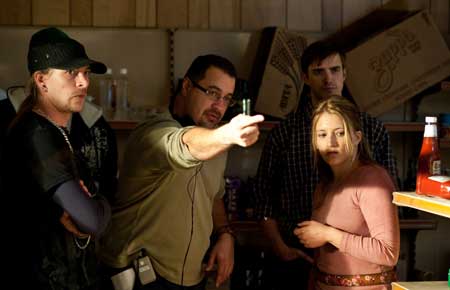 HNN: How long did the entire production take to complete?

HNN: I’m guessing that since you came onto the project so late, there wasn’t any time for rehearsals. Do you prefer rehearsing with the cast for a week or so before shooting starts?

PE: Well, I love rehearsals but there are actors that don’t play scenes the same way that they do during rehearsals anyway. We only had one day to sit and talk about the film and do a read through but somehow I think it was meant to be that way and it all worked out in the end. Thank god we had more than one camera and we were able to capture the chemistry of the cast the way that we did! 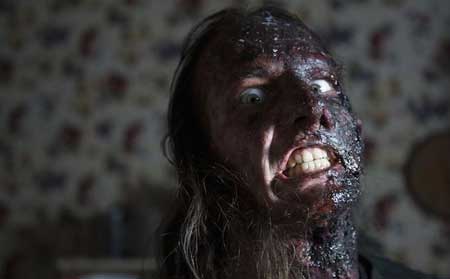 HNN: There is a really good chemistry on screen between cast members. Considering the subject matter and the fact that the characters slowly devolve over the course of the film, I was wondering of you filmed in sequence?

PE: Yes we did! In the studio, we shot in a linear fashion so we just followed the screenplay since there were a lot of makeups. Then we went outdoors to complete the filming. It all worked out very well.

HNN: There’s a lot of tension on screen between your characters. Did any of that tension bleed over into real life and create some chaos between cast members? 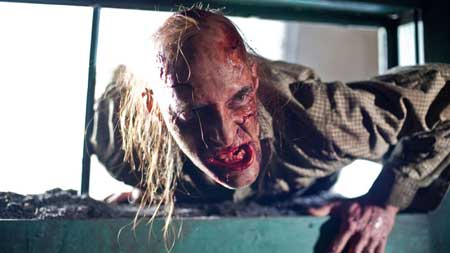 PE: We had long days, very long days. And all of the actors approached their roles in different ways so there was a bit of consternation. For example, Eddie (Furlong) won’t give the cue for the next actor to say their lines since he always tries out different approaches for every take. This created some problems because the next actor is expecting to hear that cue so they would know when to open their mouth and talk. But that’s where I come in, I always took advantage of situations like that and I would tell the actors to use their anger to take their characters to places they might not have imagined earlier. There were some small arguments but they were more of the “Let’s get this going” variety. Other than that, there weren’t any big arguments.

HNN: Obviously you looked at the script before you decided to come to the project. Was it an easy decision for you to make or did you have any reservations?

PE: it was easy because I read the script and realized that it focused on the characters a lot more than the situation they’re in, which is exactly what I prefer. And since they didn’t have the budget for a large cast or effects, I knew I wasn’t going to have to deal with hundreds of extras in makeup. You work with what you have and try to make the most of it, which is what we all did.

HNN: Speaking of “What you have”, what was the final shooting budget for Aftermath? 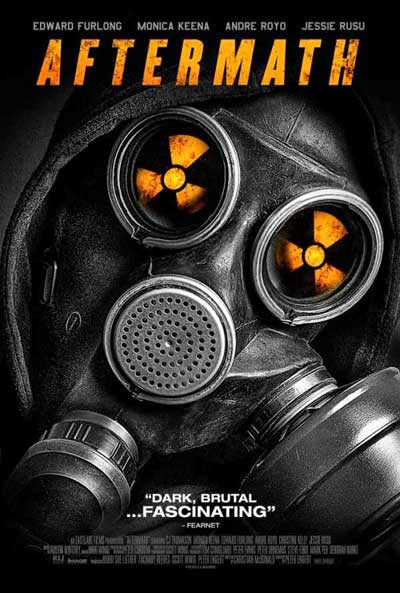 PE: I’m not aware of the final budget because of all the post production that took place afterwards, that’s more a question for the producers of the film than me. I do know I had about a million dollars to work with but that wouldn’t be the overall budget.

HNN: There is some dramatic use of freeze frame shots very late in the film. Were they in the script or was that a stylistic choice on your part?

PE: That was an editorial decision that I supported. You can call it disturbing because it slowed down the climax a little bit but I think that we all get a moment before we die where we can kind of look back at our lives and wonder if we’ve done the right thing. The use of the freeze frames was a way to illustrate that moment for our characters and I hope that we all get that fleeting moment before we die.

PE: You have to understand that I’m from Hungary and when I do a project in the states I approach them differently. I’m from a post Communist country and I want to put more feeling & meaning in the horror genre, hopefully I’m succeeding!

HNN: Are you happy with the critical reception Aftermath has received so far?

PE: I am. All the people who mention Zombies regarding my film confuse me and have obviously never seen the movie because there are no zombies in it. If they actually saw the film then they’d see that there are no zombies, just dying humans looking for food, water & shelter. If anyone out there is expecting a big zombie movie, then they’re going to be sorely disappointed. But if you open up a little bit and you try to get a feel for the characters and the situation they’re in, then you’re gonna really enjoy it. I hope so anyway!

HNN: Do you plan on continuing to work within the horror genre?

PE: I love the horror/psychological horror genres! I’m developing a new project in the genre right now and it’s gonna be edgy & provocative but it has to have meaning as well – a message if you will. I also love drama and I’m working on a new one dealing with an anorexic woman in the weeks before she dies, I don’t think I’ve ever seen a film dealing with that topic in that way. Both of these scripts are written and we’re securing financing for them.

HNN: I really enjoyed Aftermath because the dramatic aspects of the film really hit home. Aftermath isn’t so much about the horrible situation that’s taking place as much as it is about the people and how they choose to deal with it. It feels very personal in a sense & I haven’t seen a lot of films that conveyed the same vibe as well as yours did.

PE: I’m very happy to hear this from you because everyone whose interviewed me about the film so far has been all about the horror and not about the drama. I was taking a big risk with bringing drama into horror because nowadays…who really cares? There is a thin line between horror and drama & hopefully I managed to straddle this line successfully. 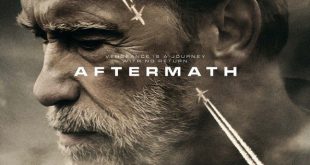 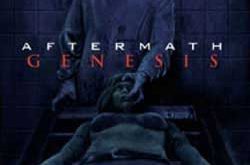