Home | Trailer For ‘Gone Girl’ Raises All Kinds Of Questions.

Trailer For ‘Gone Girl’ Raises All Kinds Of Questions.

The new one heading our way from David Fincher is titled ‘Gone Girl’ and it stars the polarizing Ben Affleck. Personally, I like the dude, I like his acting and most of his films but for some reason – he rubs a lot of folks the wrong way. Right or wrong it’s just how it is and you know what would shut up the naysayers quicker than anything else? A kick ass movie that’s what. Could ‘Gone Girl’ be that flick? Watch the trailer and tell me what you think:

I like what I’m seeing! Here’s the official studio line on what this one is all about:

“On the occasion of his fifth wedding anniversary, Nick Dunne (Ben Affleck) reports that his beautiful wife, Amy (Rosamund Pike), has gone missing. Under pressure from the police and a growing media frenzy, Nick’s portrait of a blissful union begins to crumble. Soon his lies, deceits and strange behavior have everyone asking the same dark question: Did Nick Dunne kill his wife?”

Affleck has got himself one hell of a supporting cast that includes Rosamund Pike, Neil Patrick Harris, Tyler Perry, Kim Dickens and Patrick Fugit. Got a while to wait on this one though. It don’t hit theaters till Oct. 8th. 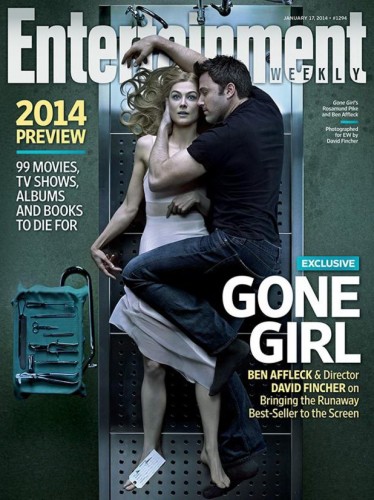